Stories about the fashion and beauty industry are often depicted in Korean dramas, but not many have focused extensively on the topic of makeup. It’s quite a wonder because Korean makeup is known and admired all around the world for its fresh colors, distinct style, and youthful look. This is where “Touch” comes in, with a unique concept that will capture those who are into makeup and stories with a romantic twist! Here are reasons why you should give this drama a chance:

Joo Sang Wook is a veteran actor who’s had a long list of hit dramas and on-screen partners. Whether as a villain or a good guy, he is always sure to deliver in his various roles. In “Touch,” he plays Cha Jung Hyuk, an entirely different role: an expert makeup artist and CEO of a top beauty salon and skincare company. This is a fresh take on the profession because it is typically played by females in dramas.

He starts off as an unlikeable character because he takes his job too seriously. But deep inside he is a kind man, and his views on life start to change once he meets the female lead Han Soo Yeon (Kim Bora). The character development is interesting to watch, and if you love makeup, you will get many inspos from the looks that he creates. If you pay attention, they also give out some makeup tips like how to wash makeup brushes, skin prep steps, and how to naturally cure skin allergies. It’s like watching a drama and reading a beauty magazine at the same time! 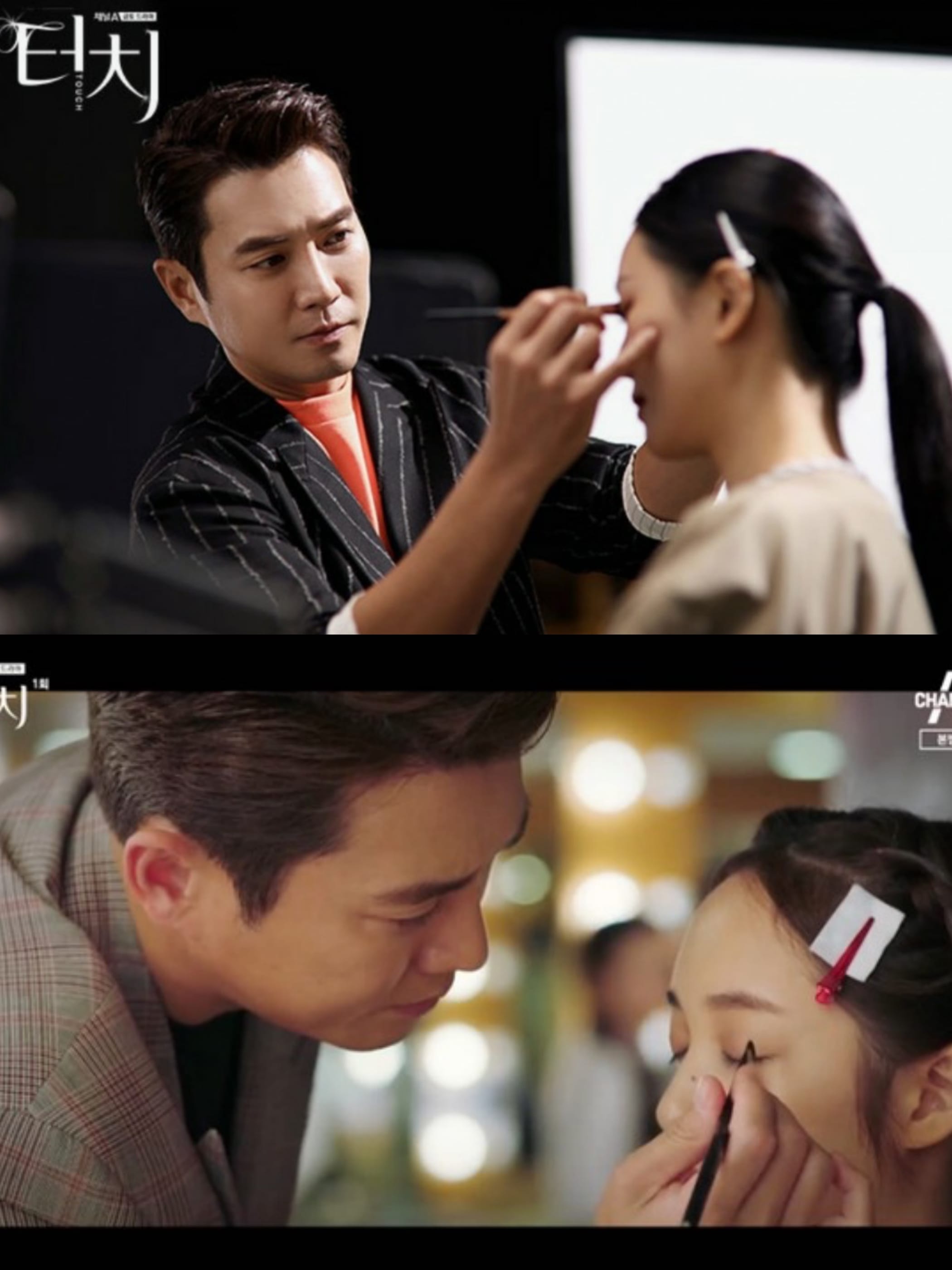 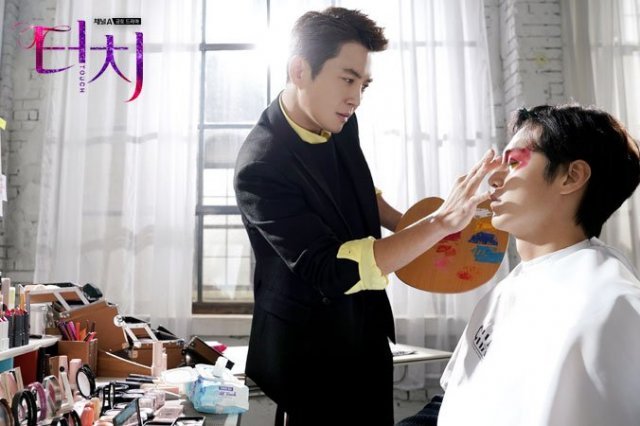 Kim Bora is relatively new in the drama world, but her performance as a mysterious, driven, and willful character in “SKY Castle” captured viewers. Since then, she has appeared in more prominent roles in other dramas, with her last one being “Her Private Life.” In “Touch,” she plays Han Soo Yeon, a K-pop idol trainee whose dreams of debuting are put to a halt because of a scandal that made her the target of rumors and netizen outrage.

But she’s not one to give up as she has found another calling: to become a makeup artist. Under the strict and meticulous CEO Cha, she will navigate another world and perhaps finally find someone to love. As an actress, Kim Bora shows potential and is a fresh face in the drama scene, and her interactions with the much-experienced Joo Sang Wook are an interesting watch. As the episodes progress, her character deepens from being focused on being an idol and coping with failures to growing as a makeup artist.

The second lead syndrome is strong

Lee Tae Hwan plays Kang Do Jin, a dashing actor who trained under the same company as Soo Yeon. He realizes his feelings for her once she suddenly had to quit the entertainment industry. He’s funny, cute, and determined to win her heart despite all odds — all qualities that make viewers root for the second lead! He also brings a breath of fresh air whenever he appears on the screen, and he’s definitely one of the new actors to watch. 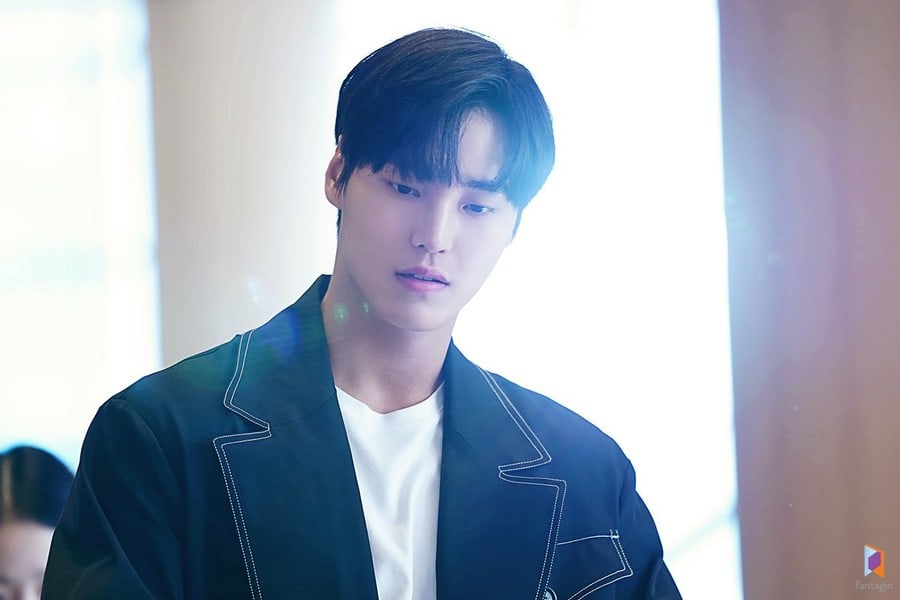 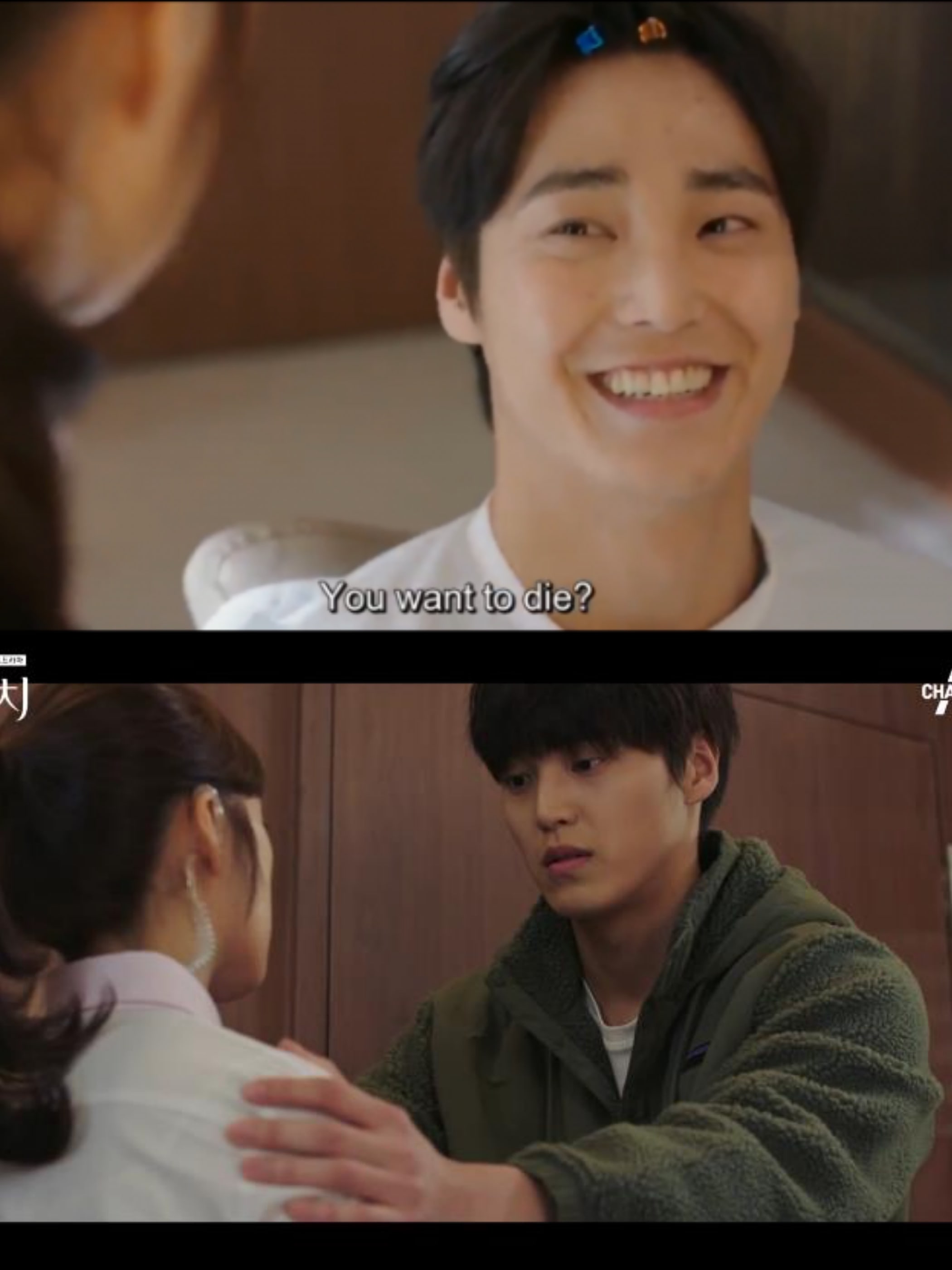 Changing the perceptions of the makeup industry

There’s often negative perception of the beauty and makeup industry – that it sells unrealistic physical ideals and dictates beauty standards to consumers to sell their products. While to some extent this is true, the drama shows two sides about putting on makeup from the leads.

For Jung Hyuk, makeup is an art, and putting it on faces makes people more beautiful and feel better about themselves. For Soo Yeon, makeup enhances the beauty that people already have. She doesn’t want to change anyone’s appearance with makeup, she just wants to bring out that person’s confidence. This was shown in the first episode when Jung Hyuk did Soo Yeon’s makeup. Soo Yeon chooses to make it lighter because she feels like she’s not herself and wants her face to remain familiar to viewers. They may have contrasting views, but in the end, they both agree to one thing: makeup can make people happy.

The drama also shows what goes on behind-the-scenes in a beauty salon that caters to VIPs and celebrities: the attitudes, competition, and lessons learned along the way. This is a strong point of the drama as it shows both the glamorous and dark sides of this industry. 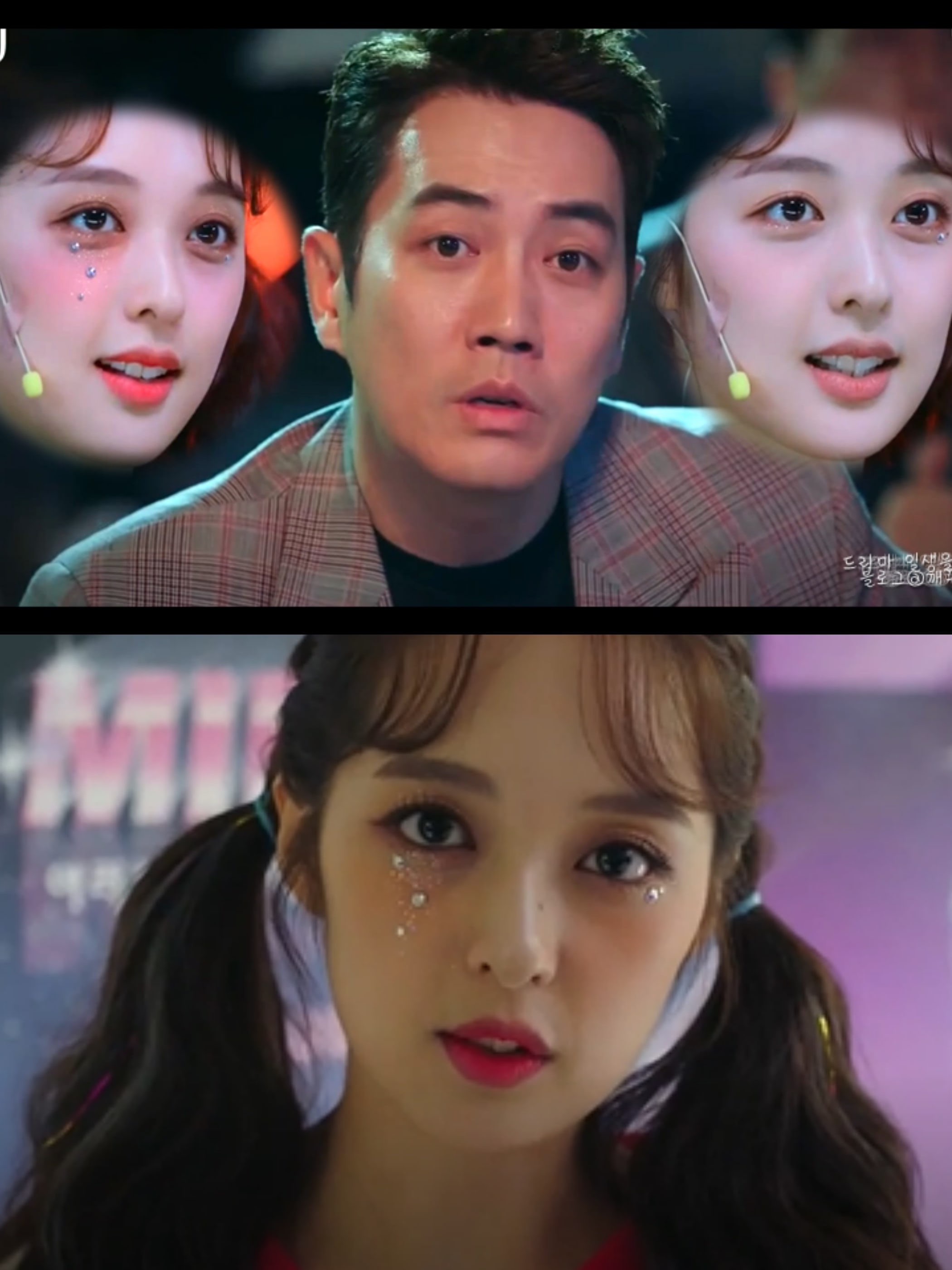 The drama also changes the perception that the beauty industry is dominated by females. In dramas, the typical professions that men are usually associated with are lawyers, businessmen, police or detectives and these are thought of as masculine and powerful. Jung Hyuk’s weapons are makeup brushes and palettes, but he is still considered as powerful. Hong Seok Cheon, the first openly-gay actor and TV host in Korea, also plays an important role as the CEO’s second-in-command, Kim Dong Min. The other staff members in the Cha beauty salon are also men. It’s good to see how this drama adds that element of representation in the beauty industry. 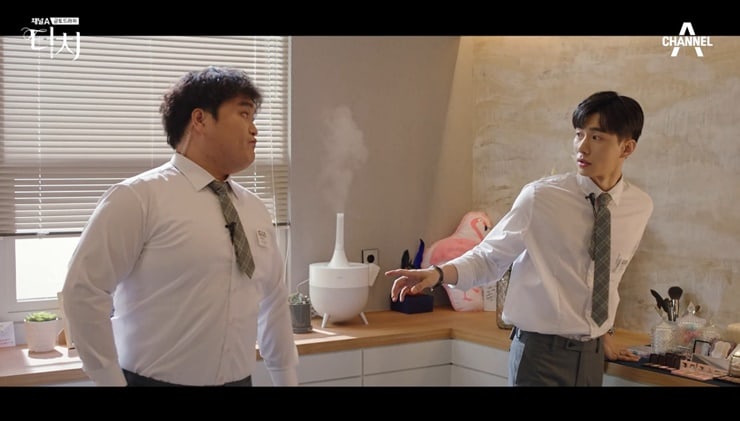 Important lessons in the workplace

In the first few episodes in the drama, the trainees in the salon start quitting because of the bad attitude of the bosses and their extremely strict ways. After seeing this, the managing director makes the trainees wear T-shirts that have the statement: “Somebody’s son/ daughter, no abusive language allowed.” Jung Hyuk and Dong Min realize their faults and try to control their temper. Eventually, they exert efforts to get along well with their staff and treat them better. This storyline is a reminder that not all those who are at the top of hierarchies are right. Unlike other dramas that show bullying in the workplace as normal, this gives a welcome message to both viewers and managers: treat your employees humanely and never allow yourself to be stepped on, even if it is your boss. No job is that important if your physical and mental well-being is at stake. What’s great about this drama is that it treats this subject in a humorous and non-preachy way.

One of the obvious differences between the characters, aside from their personalities, is their huge age gap. This drama keeps us guessing as to whether they will pursue more than a senior-junior working relationship. As Jung Hyuk’s troubled ex-girlfriend comes into the picture, will they have a happy ever after? Or maybe their unlikely meeting will lead to their growth as individuals in pursuit of their passions? Kim Bora’s acting may come off as bland and subtle compared to the male lead, but it is quite necessary because CEO Cha is already loud, egotistic, and sometimes petty. This cooks a fun dynamic in the characters’ development and creates a balance between their opposite personalities. It’s too early to tell if this will blossom into something more, but we can already see the possibilities in the early episodes. Their story as mentor and prodigy is perhaps a much more reason to stay tuned, but it wouldn’t be complete without the heart-fluttering and embarrassing moments. And this drama has that and more.

We’ll just have to keep watching to find out! 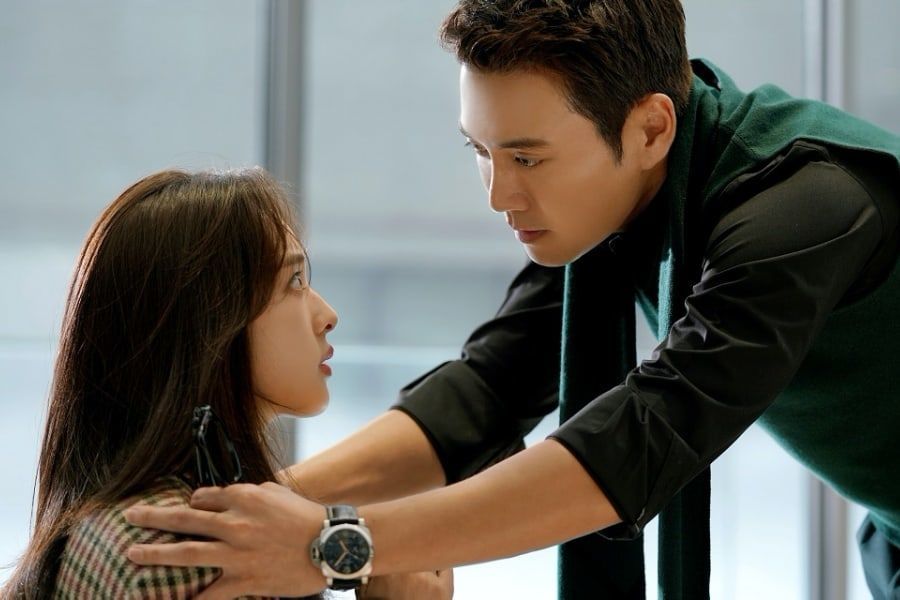 Hey Soompiers! What do you think of this K-drama? Tell us in the comments below!