The upcoming KBS 2TV drama is about a man who has everything but a heart, and a woman who has lost everything but her heart. It follows their love story after they meet in a mysterious forest as they try to uncover the secret behind the forest and themselves.

The aesthetic green-tinted posters of Park Hae Jin and Jo Bo Ah hint at their hidden story and the healing romance that’s to come in the drama.

Park Hae Jin has taken on the role of Kang San Hyuk, the elite specialist at an investment firm with an extraordinary brain and animal-like instincts. In his poster, Kang San Hyuk is in a sharp suit while wandering around the forest. As he carefully pushes away the branch covering his path, he cautiously looks around his surroundings. His text reads, “I have to know. The person who designed all this,” sparking the viewers’ curiosity as to what his hidden story regarding Miryeong Forest could be. 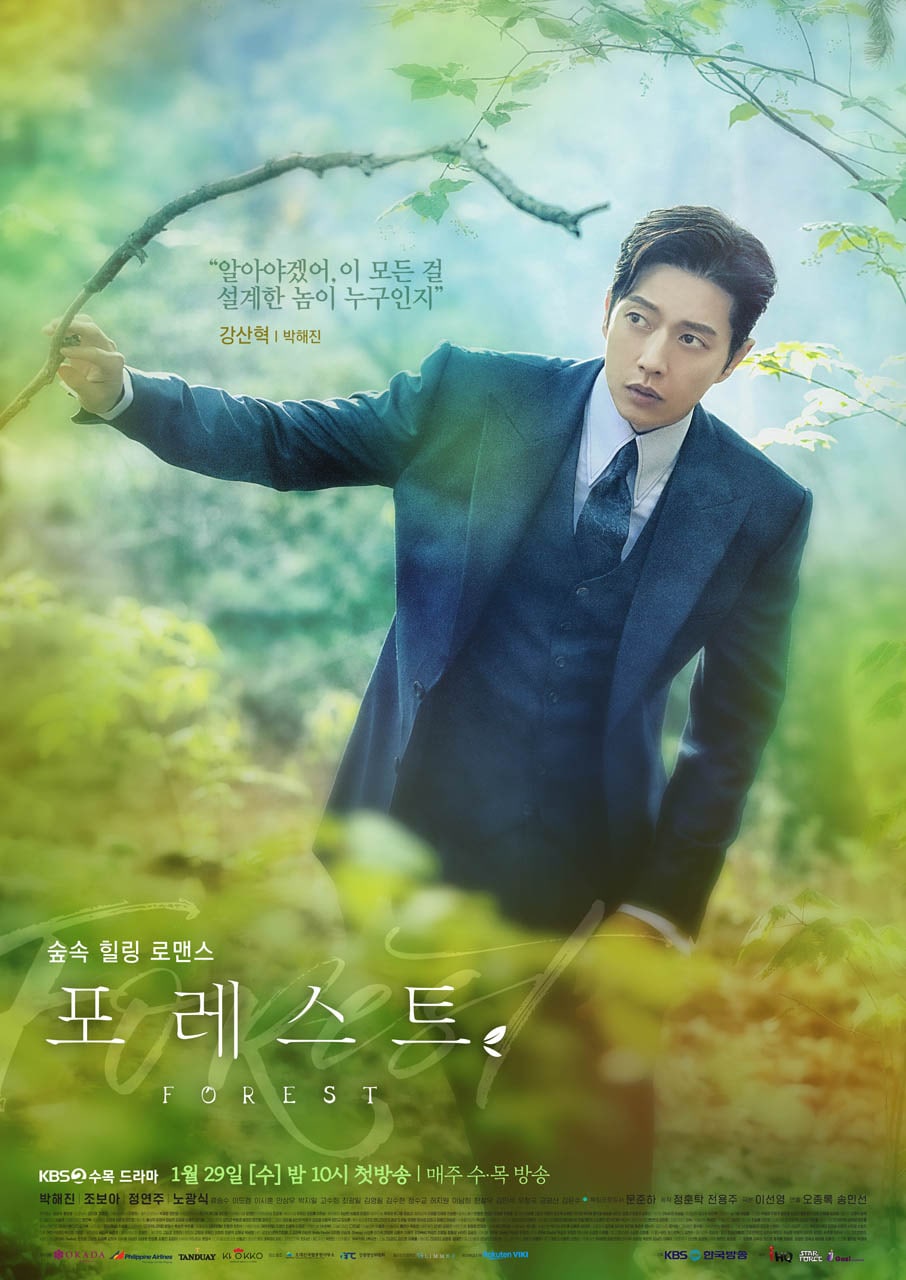 Jo Bo Ah plays the talented surgeon Jung Young Jae who has a feisty personality and isn’t afraid of anyone. In her poster, Jung Young Jae looks pure and elegant in her orange dress that stands out amidst the green background. Looking like a flower in the middle of a forest, she has a soft expression as she reaches out with her hand to block the sunlight. Above her, the text reads, “The miracle the forest has given me… is you.” 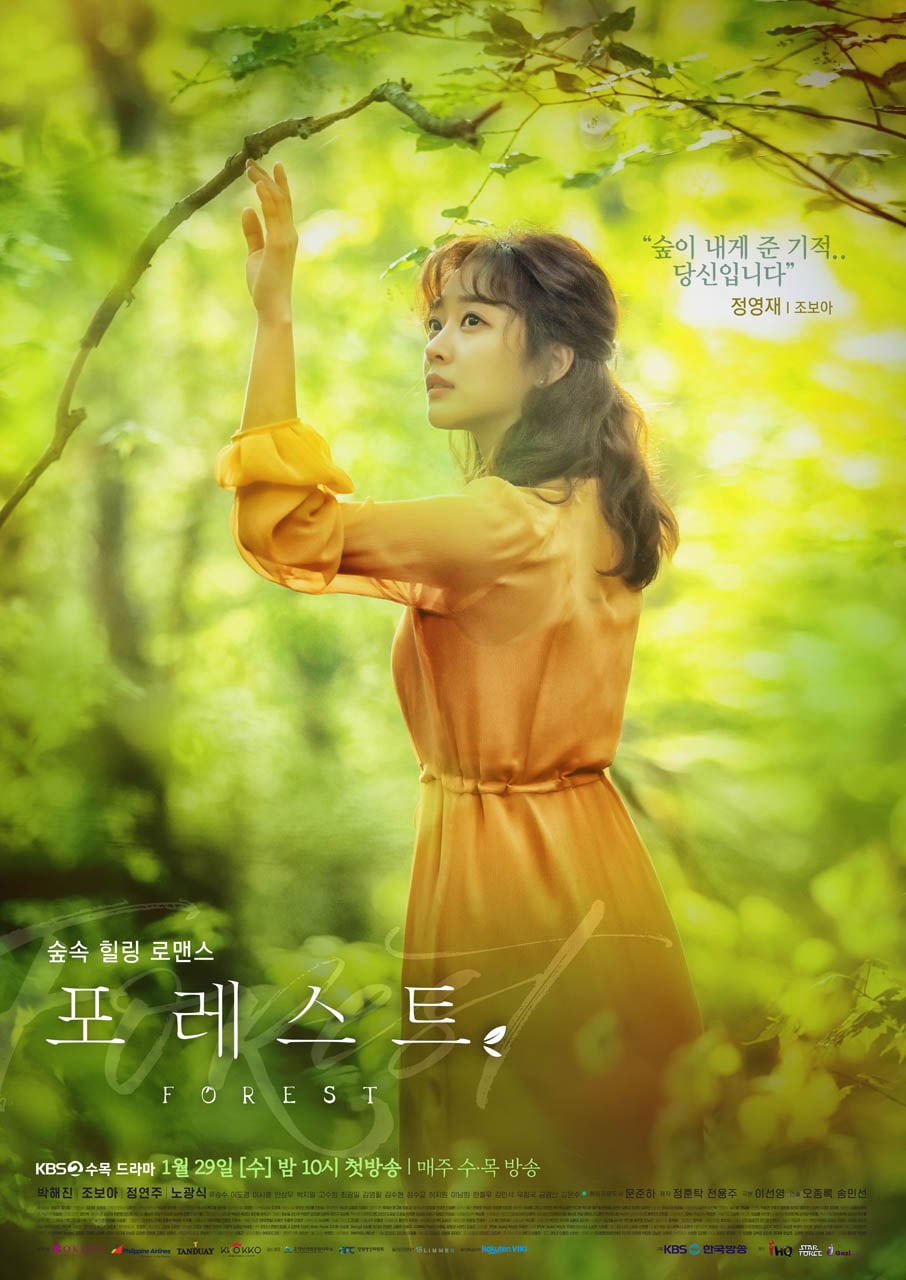 The production team shared, “We tired to capture the story Park Hae Jin and Jo Bo Ah will unfold in their character posters. Please show lots of interest for the healing story of ‘Forest,’ which will contain the grandeur of nature as well as romance and be the first domestic [drama] to take place in the forest.”

“Forest” premieres on January 29 at 10 p.m. KST as the follow-up to “Woman of 9.9 Billion” and will be available on Viki. Watch a teaser for the drama here!

In the meantime, catch the latest episode of “Woman of 9.9 Billion” below!