EVERGLOW is embarking on their first world tour.

Yuehua Entertainment revealed on January 24 that, “EVERGLOW will be kicking off their 2020 world tour ‘EVERGLOW: Everlasting Tour’ in March.”

The world tour will begin on March 6 with their U.S. leg, which will take them to five different cities in the country. They will perform in Dallas on March 6, Atlanta on March 8, Chicago on March 11, Jersey City on March 13, and Los Angeles on March 15 to meet and perform for their international fans. 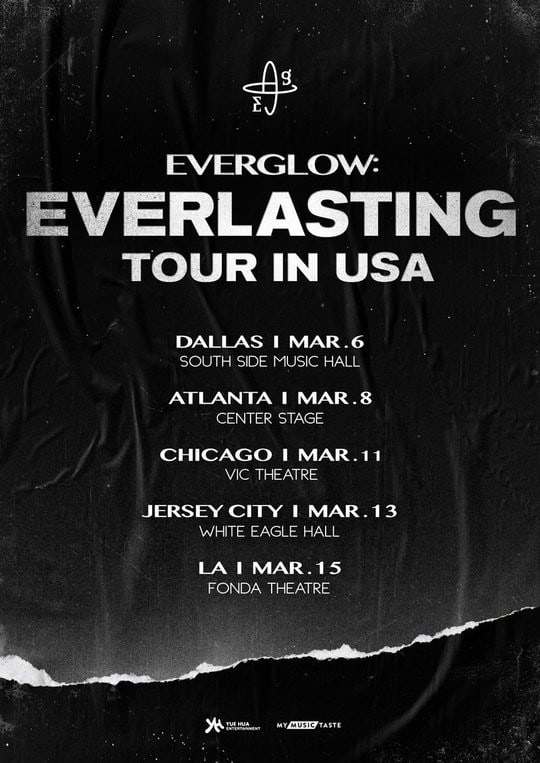 Following their performances in the U.S., EVERGLOW will continue their world tour to other countries, which will be announced at a later date.

EVERGLOW is also set to make their comeback with their first mini album “Reminiscence” on February 3. Check out the teasers for the comeback here.