The “Running Man” members will get their fortunes told in the upcoming episode!

On the January 26 episode of the SBS variety show, fortune teller Park Sung Joon will reveal their fortunes for the new year. The members were nervous as it was the first time in two years that they got their fortunes told on the show, and the unexpected results put them in shock.

In particular, Yang Se Chan and Jun So Min got their compatibility checked. Park Sung Joon revealed, “There’s someone here that particularly fits well with you, and it’s Yang Se Chan,” shocking everyone because they are the official “Running Man” couple. The fortune teller added they have extreme compatibility, and the two members were perplexed by the outcome. 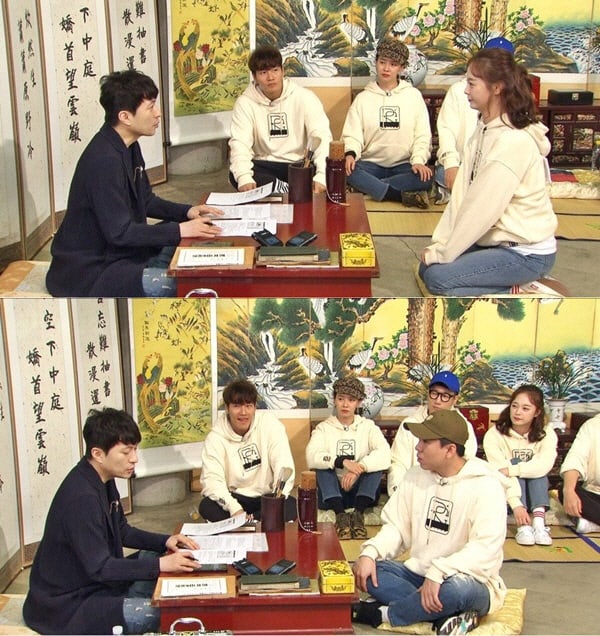 There was also a member who cried while getting his fortune told. HaHa, who had been told previously by Park Sung Joon that his “long, grim darkness will continue,” looked extremely nervous before his fortune was told this year. When Park Sung Joon revealed his fortune for 2020, HaHa couldn’t lift his head for a while and suddenly burst into tears, flustering everyone at the scene.

You can watch the latest episode of “Running Man” here: