Last week, Sunmi revealed that she had performed for two of her fans who were tying the knot, and she has now shared the full story of the day of the wedding!

The video follows the beautiful ceremony between the couple, who explained, “We are fans who have supported Wonder Girls, with this year being our 14th year. We met at Sunmi’s fan meeting and then saw each other the next day at Yubin’s concert. Happy to see each other, we struck up a conversation.”

When it was time for Sunmi to appear, the bride and groom brought out the light sticks for both Sunmi and Wonder Girls in anticipation. She appeared on stage and said, “I was doing an interview on ‘Entertainment Weekly,’ and the two said they were getting married. I made the promise to sing at their wedding.” Sunmi then went on to say, “This is the first time I’m seeing something like this in all my time as a celebrity, I feel so odd,” and congratulated the couple.

Sunmi then performed “Gashina” for the couple and even brought along dancers to perfect the stage. She joined the couple after the ceremony and took photos with them. The couple held their light sticks proudly and Sunmi held a banner celebrating the couple’s wedding. After all photos were taken, the couple thanked Sunmi for coming, and she teared up as she thanked them for inviting her. 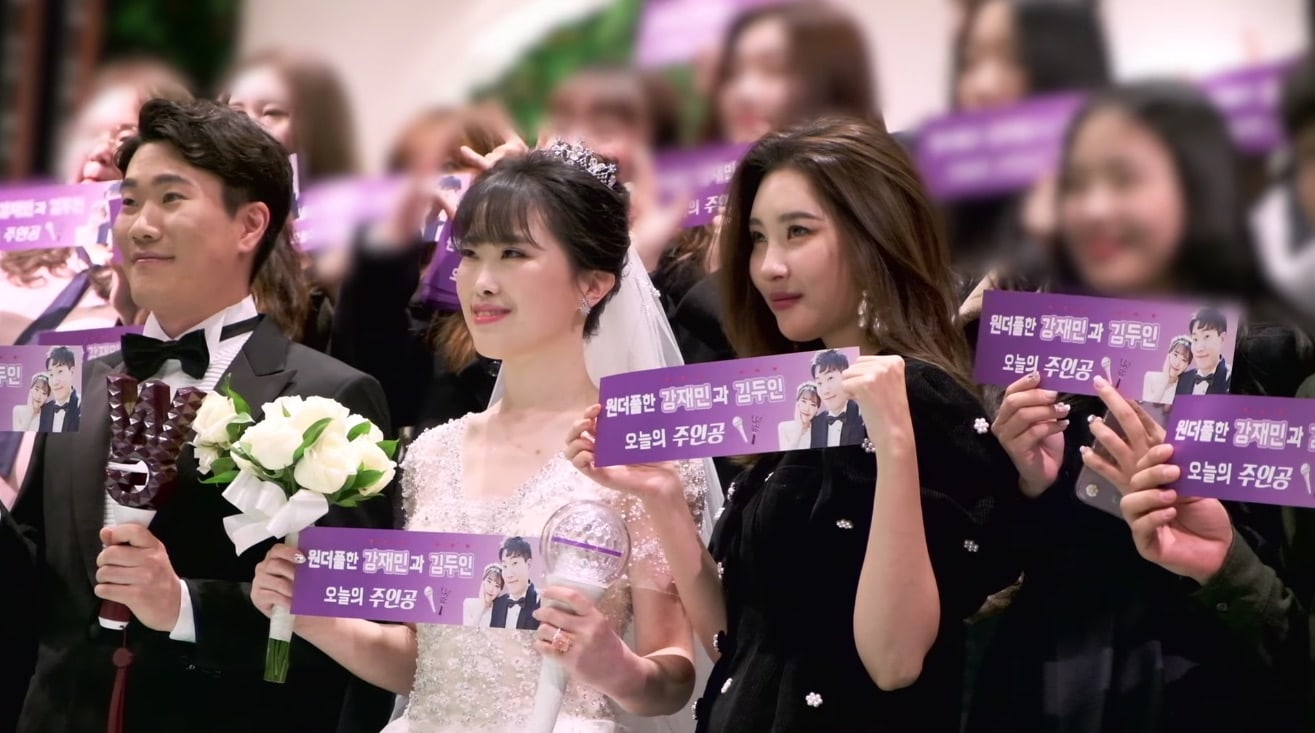 Check out the sweet and fun video below!