On the January 25 episode of tvN’s “Amazing Saturday – Do Re Mi Market,” actors Jung Joon Ho and Lee Yi Kyung appeared as guests.

In the first round, MC Boom told the cast and guests that the first song was by Red Velvet. He also shared that the cast had previously succeeded in identifying lyrics to Red Velvet’s “Ice Cream Cake” and “Zimzalabim,” mostly thanks to Girl’s Day’s Hyeri. 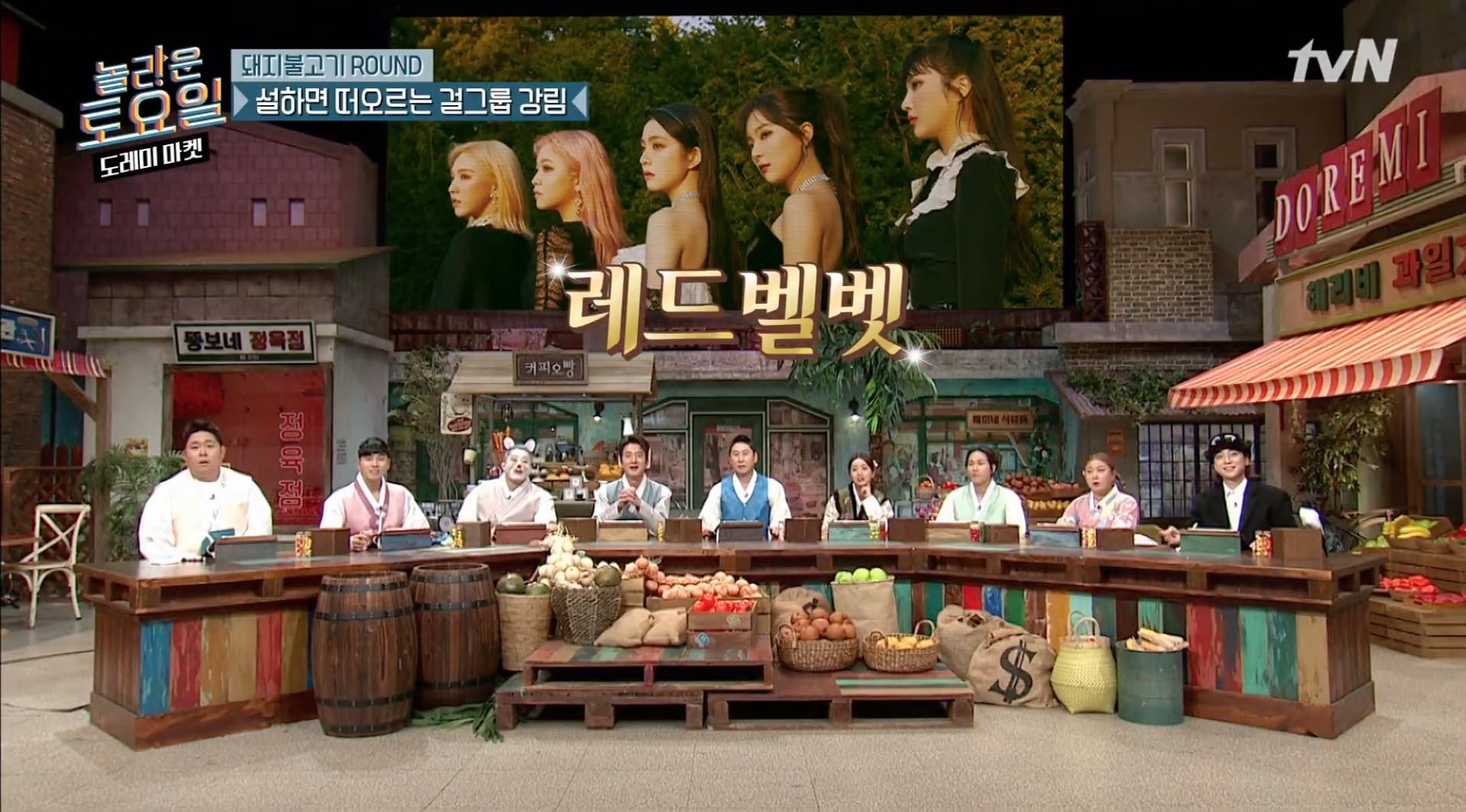 Hyeri sang a bit of Red Velvet to Jung Joon Ho, who was baffled at the unusual lyrics and rhythm of the song. Lee Yi Kyung then revealed that he has a connection to the girl group. He said, “The apartment that I’m living in now used to be Red Velvet’s dorm.” 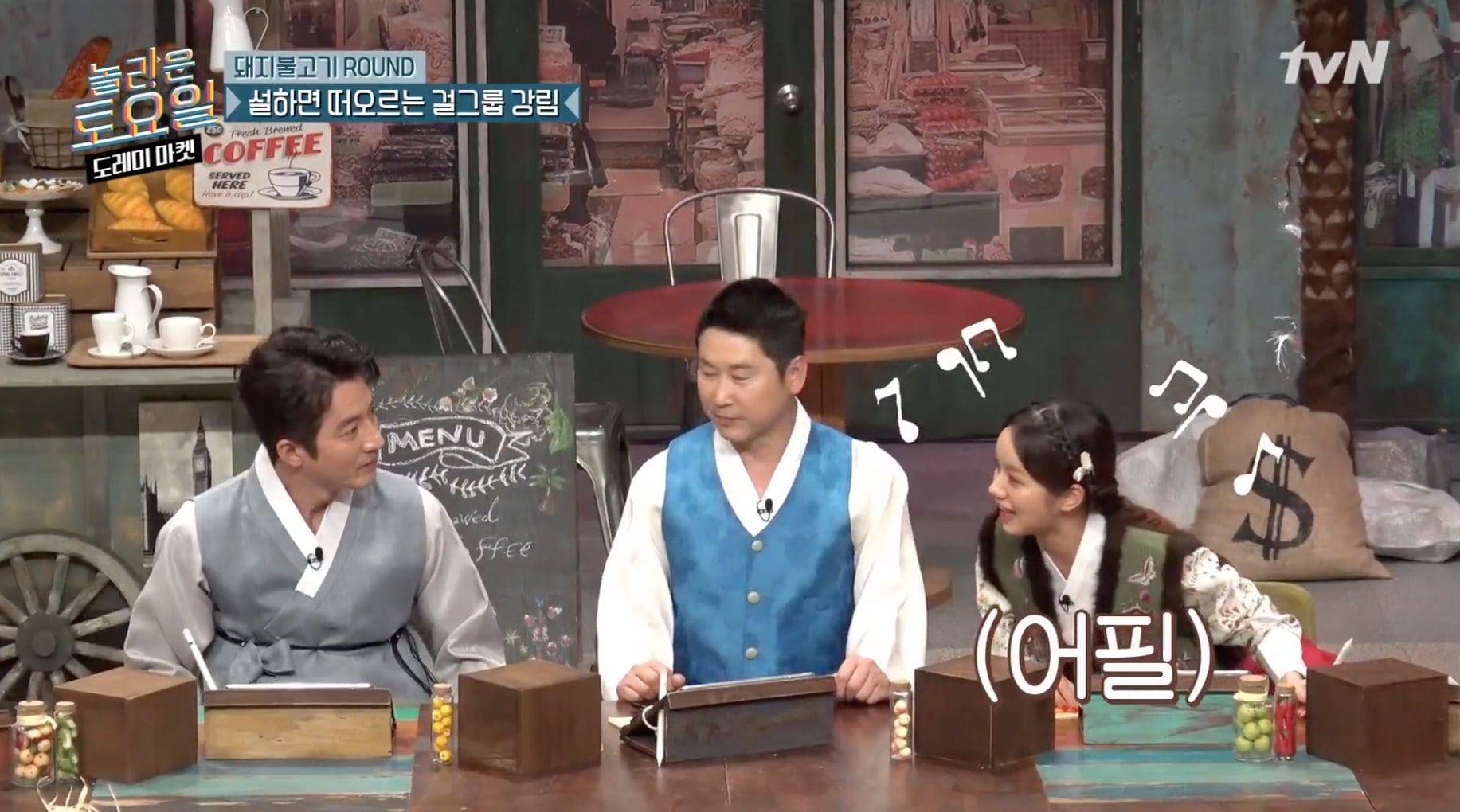 MC Boom joked, “In order to memorize the lyrics, they must have written them on the walls.”

When Jung Joon Ho asked if he knew any songs, Lee Yi Kyung said confidently, “I know their most recent song [‘Psycho’].” To everyone’s excitement, that turned out to be the song for the round!

Lee Yi Kyung added, “I went to the gym before I came to set today and I actually looked at the lyrics directly,” which made MC Boom throw up his hands in despair and the rest of the cast rejoice in anticipation of a resounding success. 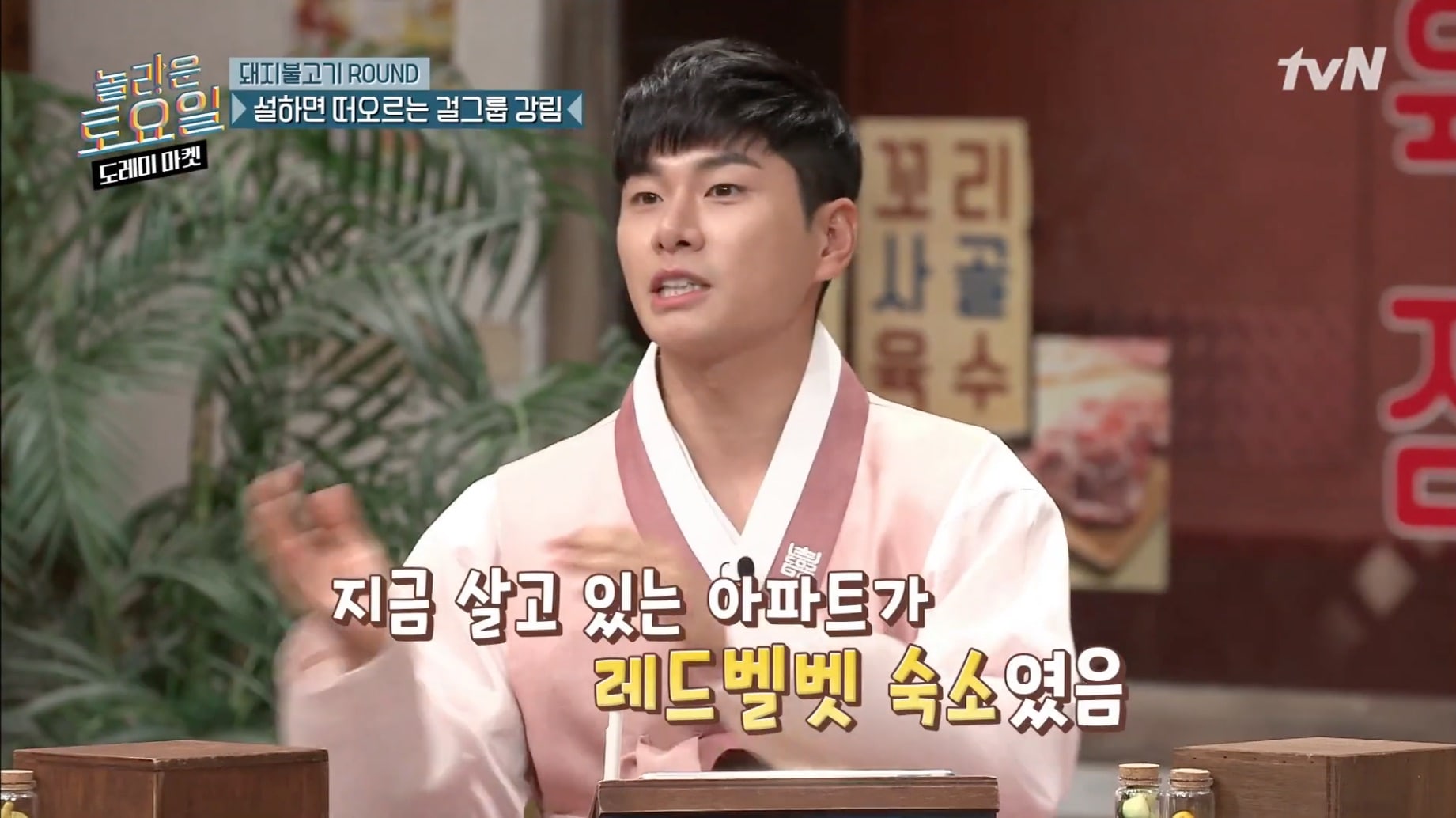