Upcoming KBS 2TV drama “Forest” has dropped new stills of Park Hae Jin as a member of the rescue squad!

“Forest” is about a man who has everything but a heart, and a woman who has lost everything but her heart. It follows their love story after they meet in a mysterious forest as they try to uncover the secret behind the forest and themselves.

In the new stills, Kang San Hyuk is going through rappel training, which is one of the aerial rescue exercises. He is fully focused, and both his facial expression and body are tense with seriousness. He doesn’t hesitate to jump down from a model helicopter floating three stories high. Viewers are looking forward to Park Hae Jin’s vivid action scenes in the drama. 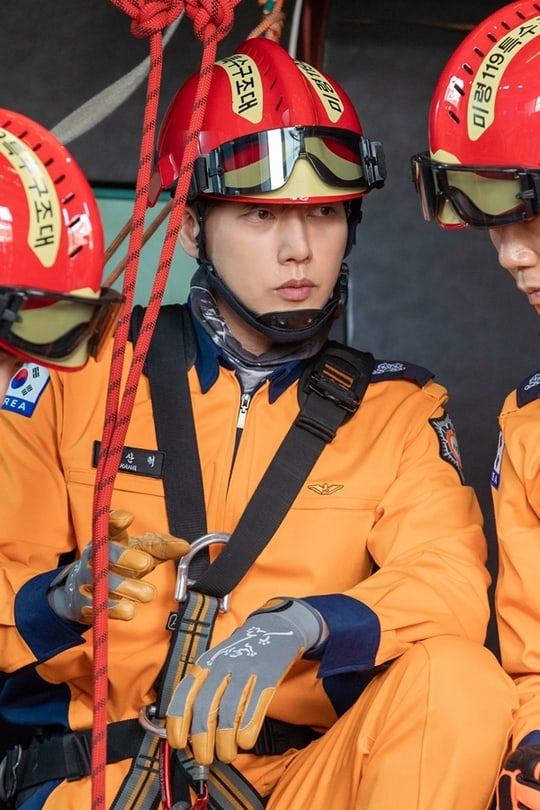 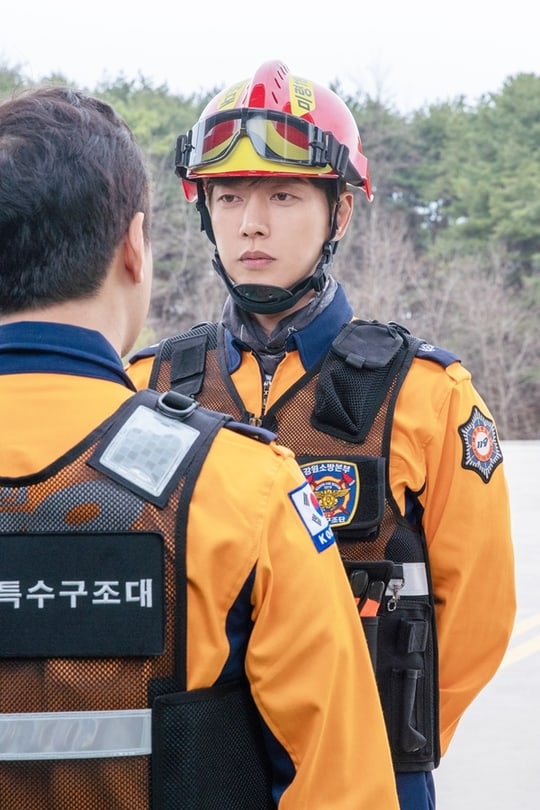 This scene was staged at the 119 Special Rescue Team located in the city of Namyangju in Gyeonggi Province. Park Hae Jin drew admiration from those on set with his special transformation into a 119 rescue team member. In particular, the actor warmed the scene with his initiative by talking with the actors he filmed with and giving them helmet safety checkups.

As soon as shooting begin, Park Hae Jin completed the difficult rappel scene and received applause from the crew members who were watching him. Moreover, he maximized his character’s charm by portraying skillful expressions and situations in line with the script.

The production crew praised, “Park Hae Jin showed his passion with his thoughtful insight into the script, which was evident based on his meticulous preparation. Unafraid of change, he absorbed [his role] like a sponge, and diverse scenes were born. Please look forward to how Park Hae Jin will remarkably portray the hidden charms of Kang San Hyuk.” 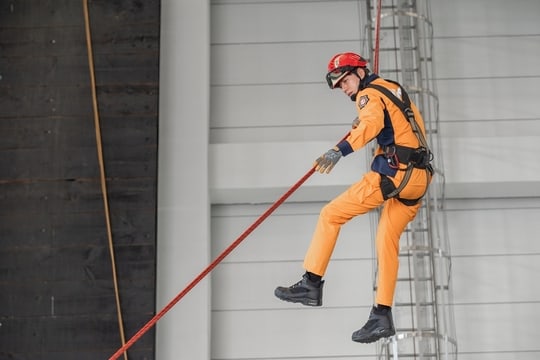 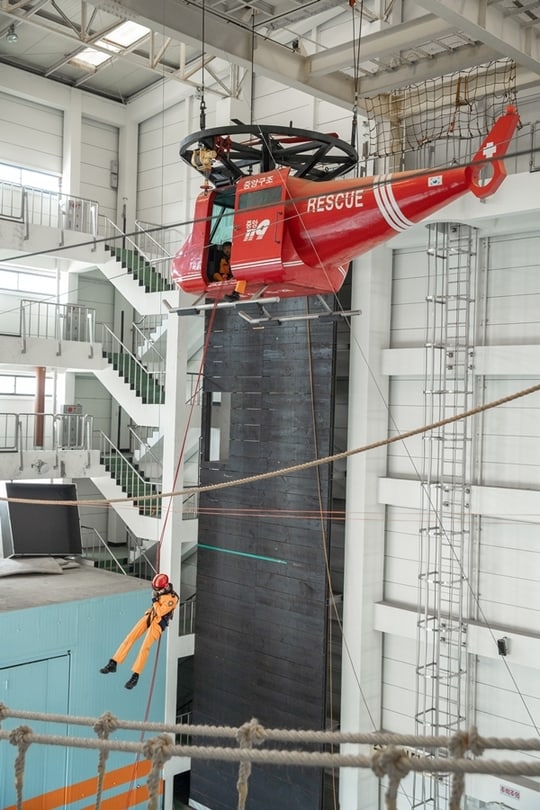 The drama has also released a new teaser video!

Unfortunately, not everything goes smoothly, and Kang San Hyuk gets in a disagreement with a rescue squad member who demands, “Why would you let two people die when only one of them could’ve died?” Kang San Hyuk stands firmly rooted to his belief as he questions, “Isn’t it the rescue squad’s duty to save people using whatever method they can?”

Towards the end of the clip, Jung Young Jae stares at Kang San Hyuk with doubt as he says with a smirk, “What? Are you about to cry because of me?”

Watch the full clip below:

“Forest” premieres on January 29 at 10 p.m. KST and will be available on Viki.

Watch another teaser for the drama here: