In the latest stills, Seo Woo Jin and Bae Moon Jung meet in the hallway in front of Bae Moon Jung’s office and exchange a conversation with relaxed facial expressions. The usually chic and expressionless Seo Woo Jin is wearing a rare smile on his face, and Bae Moon Jung responds with his signature warm smile. This scene is prompting curiosity about their unique bromance in the drama. 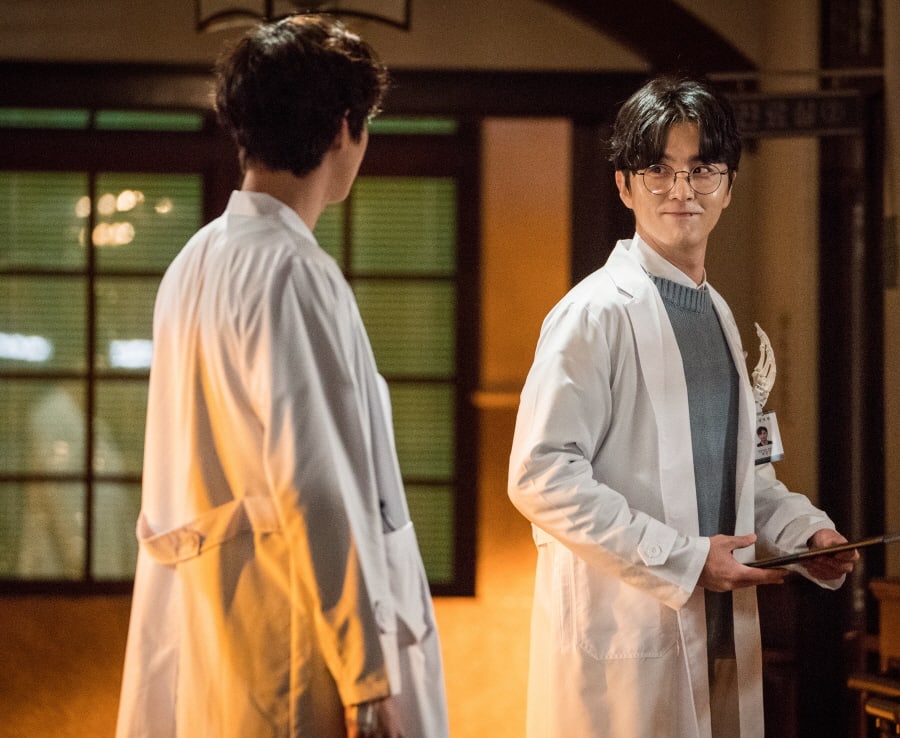 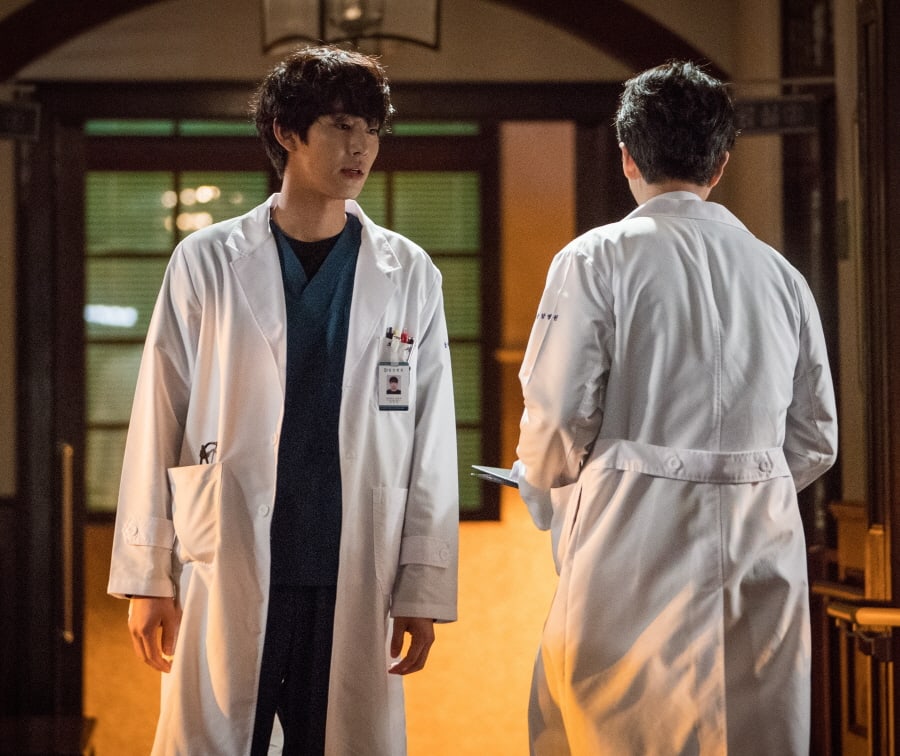 This encounter was filmed at a set in Yongin of Gyeonggi Province in December of last year. The two actors got closer during the filming period, and they warmed up the scene with their close friendship. After the shooting, they held each other’s hands and exchanged greetings, proving their strong bond.

In particular, Ahn Hyo Seop and Shin Dong Wook are drawing attention with the same resemblance in their passion for acting. Even before shooting began, they reviewed the script while standing at the side of the set, practiced their lines together, and freely shared their opinions of the scene with each other.

Production company Samhwa Networks described, “This is a scene where Seo Woo Jin and Bae Moon Jung slowly open up to each other and begin to show their trust as colleagues. Please look forward to the storytelling of Ahn Hyo Seop and Shin Dong Wook, who will be showcasing their charming performances with the unique bromance of the handsome doctors at Doldam Hospital.”

In the meantime, catch up on the latest episode with English subtitles on Viki: