“Dr. Romantic 2” is the second season of a series that follows the lives of doctors at the Dol Damn Hospital. Lee Sung Kyung plays the role of Cha Eun Jae, a hardworking and intelligent fellow in the cardiothoracic surgery department. Ahn Hyo Seop takes on the role of Seo Woo Jin, a surgical fellow with a cynical outlook on life.

The previous episode showed Cha Eun Jae collapsing from a wound to her throat after getting caught up in a dangerous situation, and Seo Woo Jin rushing to help her. After seeing a foreign mother who brought her child to the emergency room get physically abused by her husband, Cha Eun Jae stepped up to talk to the husband but was threatened by him. Not only this, but when the mother began swinging a box cutter at her husband, Cha Eun Jae tried to stop her and suffered an injury that left her unconscious.

The new stills show Seo Woo Jin looking scared as he moves Cha Eun Jae to be treated. Cha Eun Jae has a glazed look in her eye as she is still in shock from what happened, and Seo Woo Jin looks frantic as he does whatever he can to help her, along with the other medical staff of the Dol Dam Hospital. 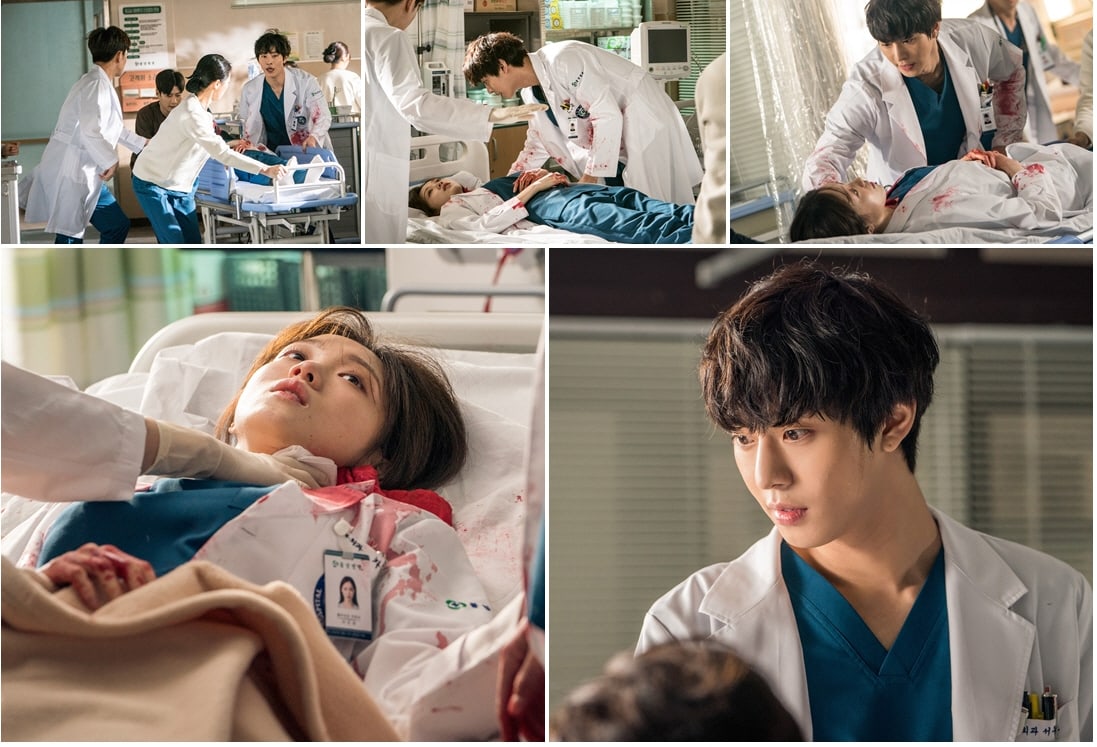 Production company Samhwa Networks stated, “Lee Sung Kyung’s life is on the line, and Ahn Hyo Seop will do his best to save her. Please anticipate how the two people will overcome this unexpected danger.”

The fate of Lee Sung Kyung and Ahn Hyo Seop will be revealed in the upcoming episode of “Dr. Romantic 2,” which will air on January 27 at 9:40 p.m. KST.