“Music Bank” did not air on January 24 due to the Lunar New Year holiday in South Korea. On January 27, however, KBS announced through the show’s website that Red Velvet had achieved the highest score that week, a total of 4594.

This is Red Velvet’s ninth music show win for “Psycho” and their third triple crown, meaning they have won three times with the same song on the same music show. The girl group previously accomplished triple crowns with “Psycho” on “Music Core” and “Inkigayo.” 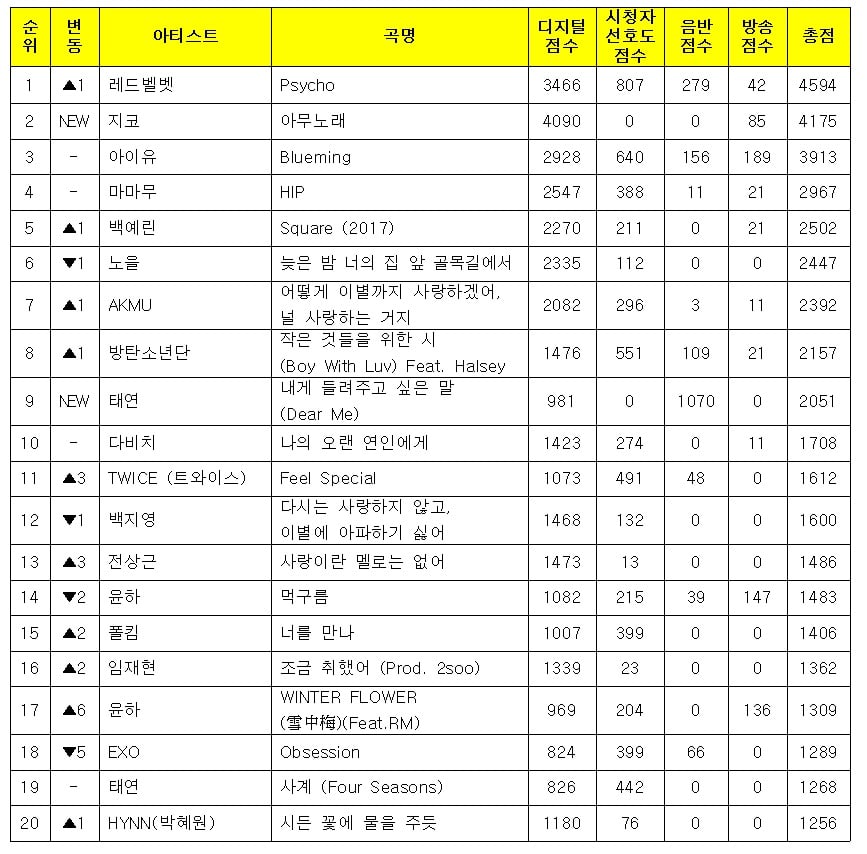 Red Velvet
Music Bank
How does this article make you feel?