JTBC’s “I’ll Go to You When the Weather is Nice” has released new posters starring Park Min Young and Seo Kang Joon!

The upcoming JTBC drama is about Hae Won (Park Min Young) who leaves Seoul after getting sick of the city life and reunites with her former high school classmate Eun Seop (Seo Kang Joon) who runs an independent bookstore.

In her new poster, Hae Won looks stunning in front of the snow-covered fields. Although she’s closed the door to her heart after being deeply wounded by people, Hae Won is smiling brightly in the poster. She may seem cold on the outside, but she has a bright and warm heart on the inside. Furthermore, the text on her poster reads, “Can I lean on you? To that place where you are,” revealing that she still wants to feel the warmth of other people. Viewers are curious to see if Hae Won will finally be able to open up as the drama moves forward. 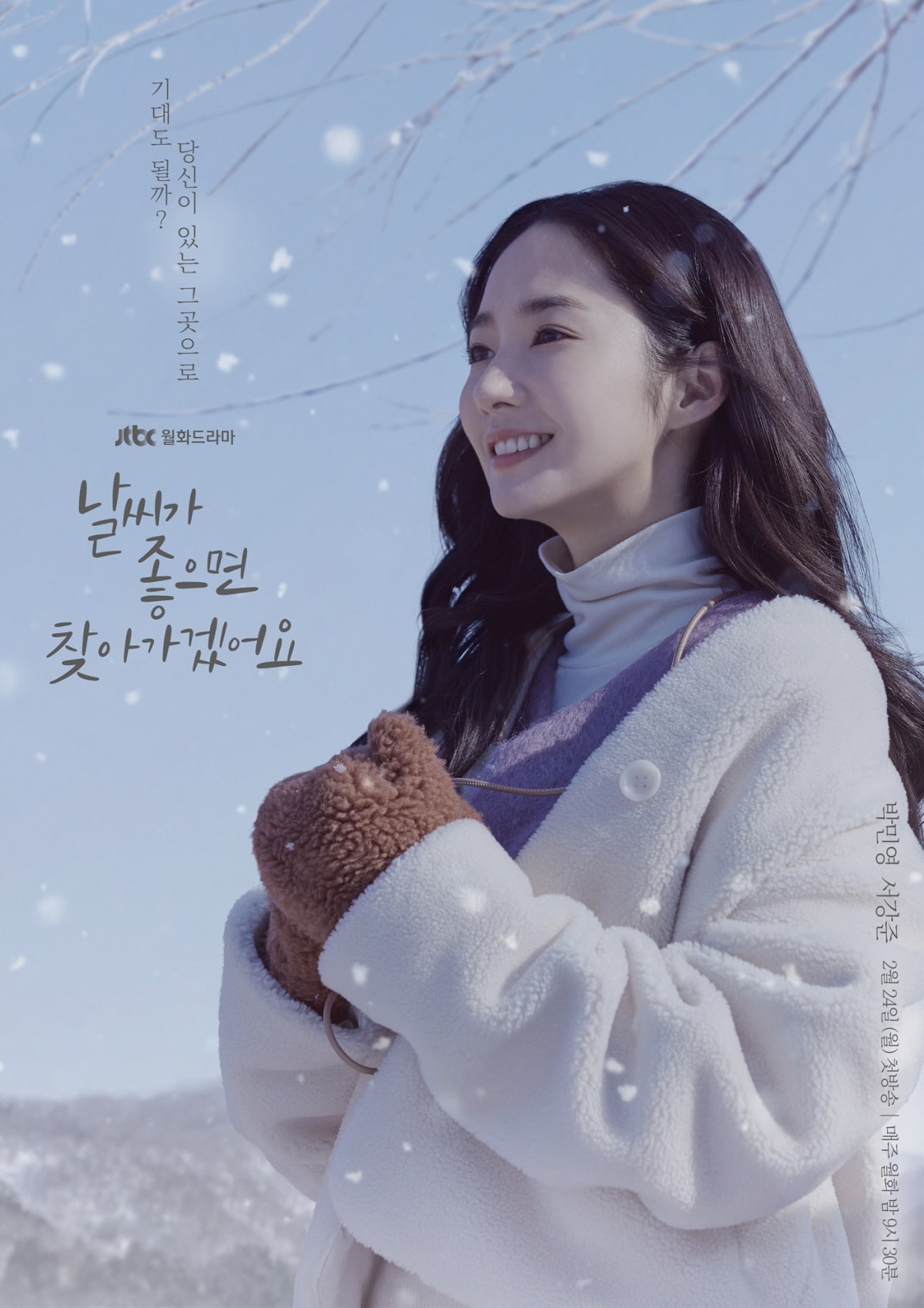 Eun Seop, who always looks affectionately upon others, is smiling brightly in his poster, revealing that he’s the person Hae Won wants to rely on. The text on his poster is slightly different from Hae Won’s and reads, “Can I look forward to it? To that place where you are,” reflecting the way he has kept her quietly in his heart all this time. When Hae Won finally returns to the town of Buk Hyeon, Eun Seop’s life will be drastically transformed. Putting behind the past in which he quietly watched over her from afar, he wonders if he can also expect something from her now. 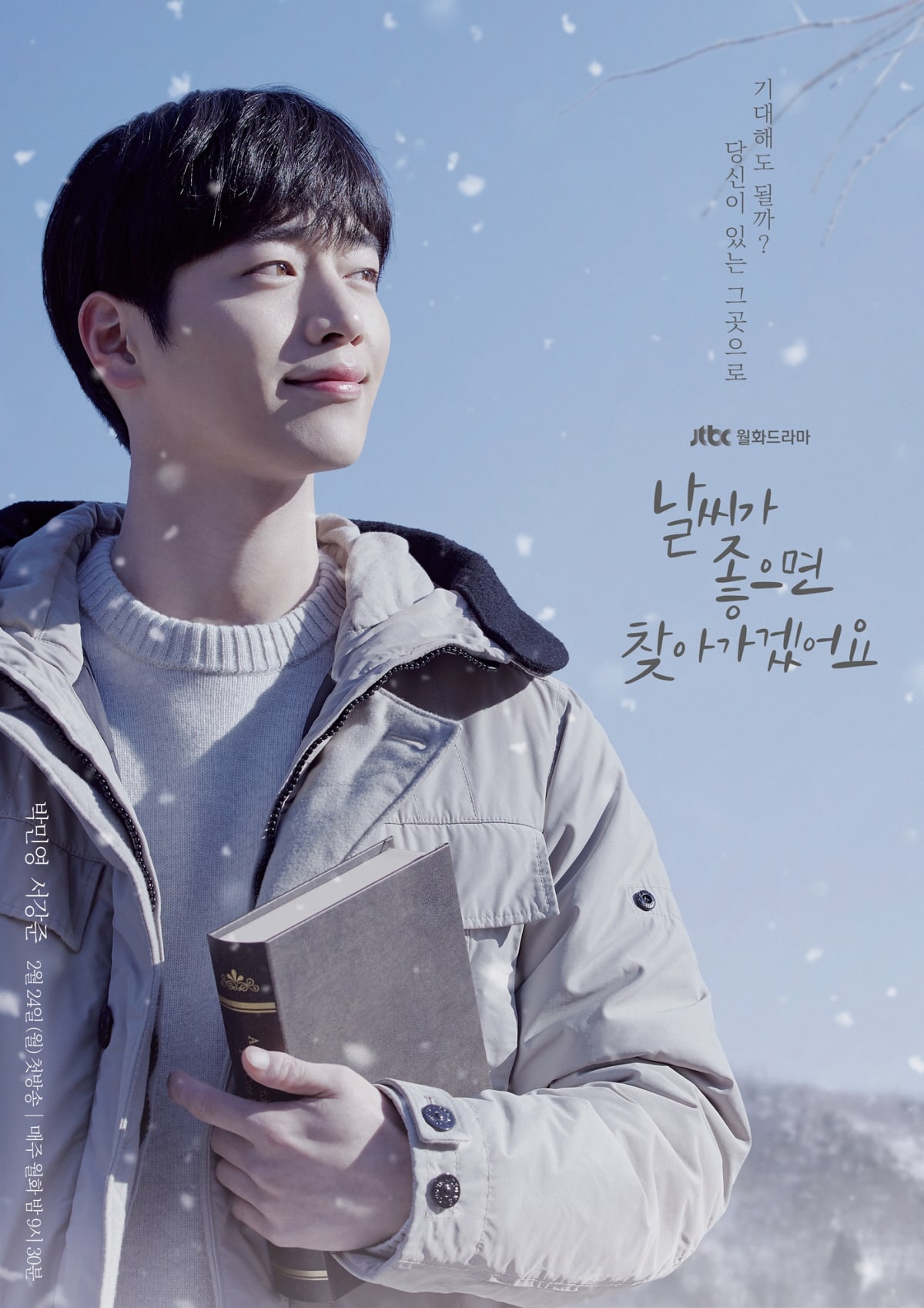 In the combined poster, Hae Won, who wants to rely on someone, and Eun Seop, who is looking forward to something, look in each other’s direction and give off the feeling that their desires and anticipations will come true. Viewers are looking forward to see how the romance will unfold between the two people who seem to be radiating warmth as they smile at each other. 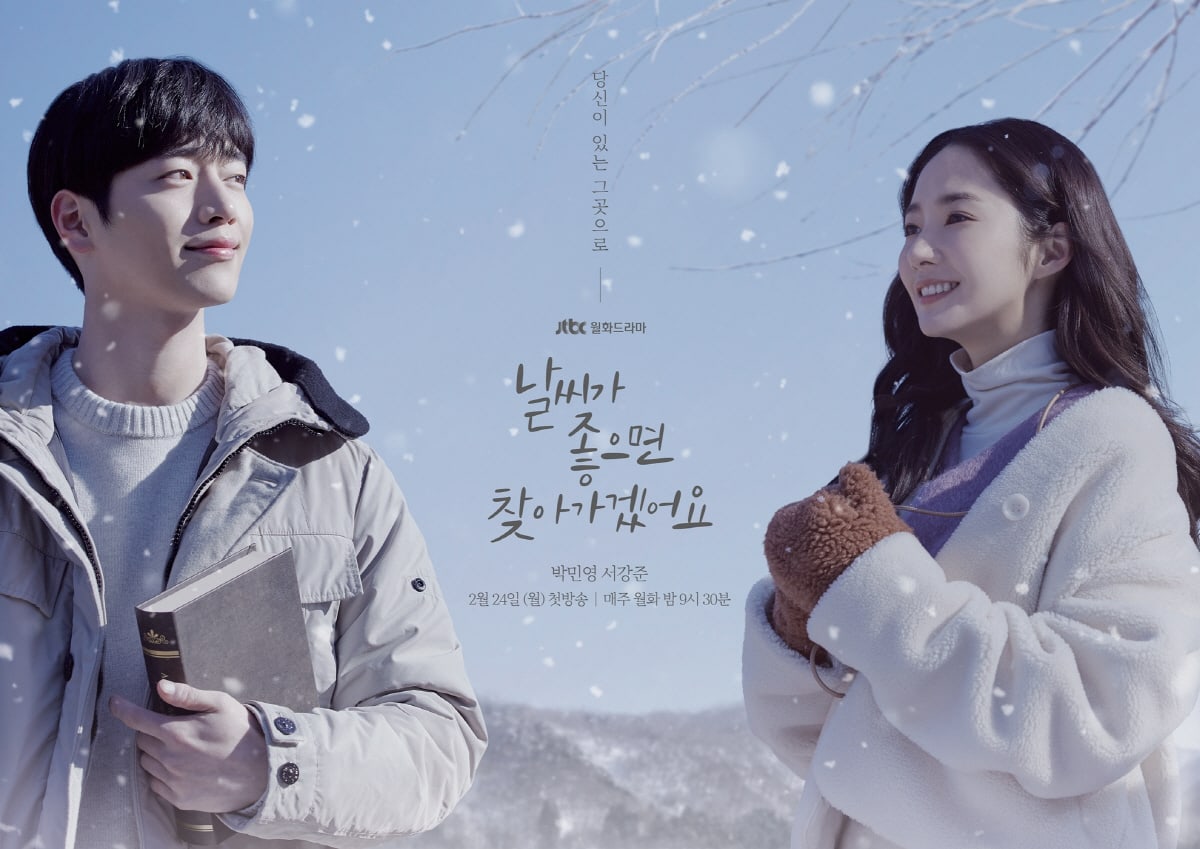 “I’ll Go to You When the Weather is Nice” is a collaboration between director Han Ji Seung of “Alone in Love” and “Righteous Love,” and writer Han Ga Ram of “A Midsummer’s Memory.” The drama premieres on February 10 at 9:30 p.m. KST as the follow-up to “War of Prosecutors.” Check out their latest teaser here!

In the meantime, watch the latest episode of “War of Prosecutors” below!