The newly released stills showcase the intense first meeting between Park Sae Roy (Park Seo Joon) and Jang Geun Won (Ahn Bo Hyun). Park Sae Roy has just transferred to a new school, but he appears aggravated even before he’s had the time to adjust to his new school. This is because he has just witnessed Jang Geun Won bullying his classmate Lee Ho Jin (David Lee). As the eldest son of Jang Dae Hee (Yoo Jae Myung), the cold head of the food conglomerate Jang Ga, Jang Geun Won is a snobbish character who does whatever he pleases. In the stills, he’s pulling on Lee Ho Jin’s hair as if he were playing with a toy. 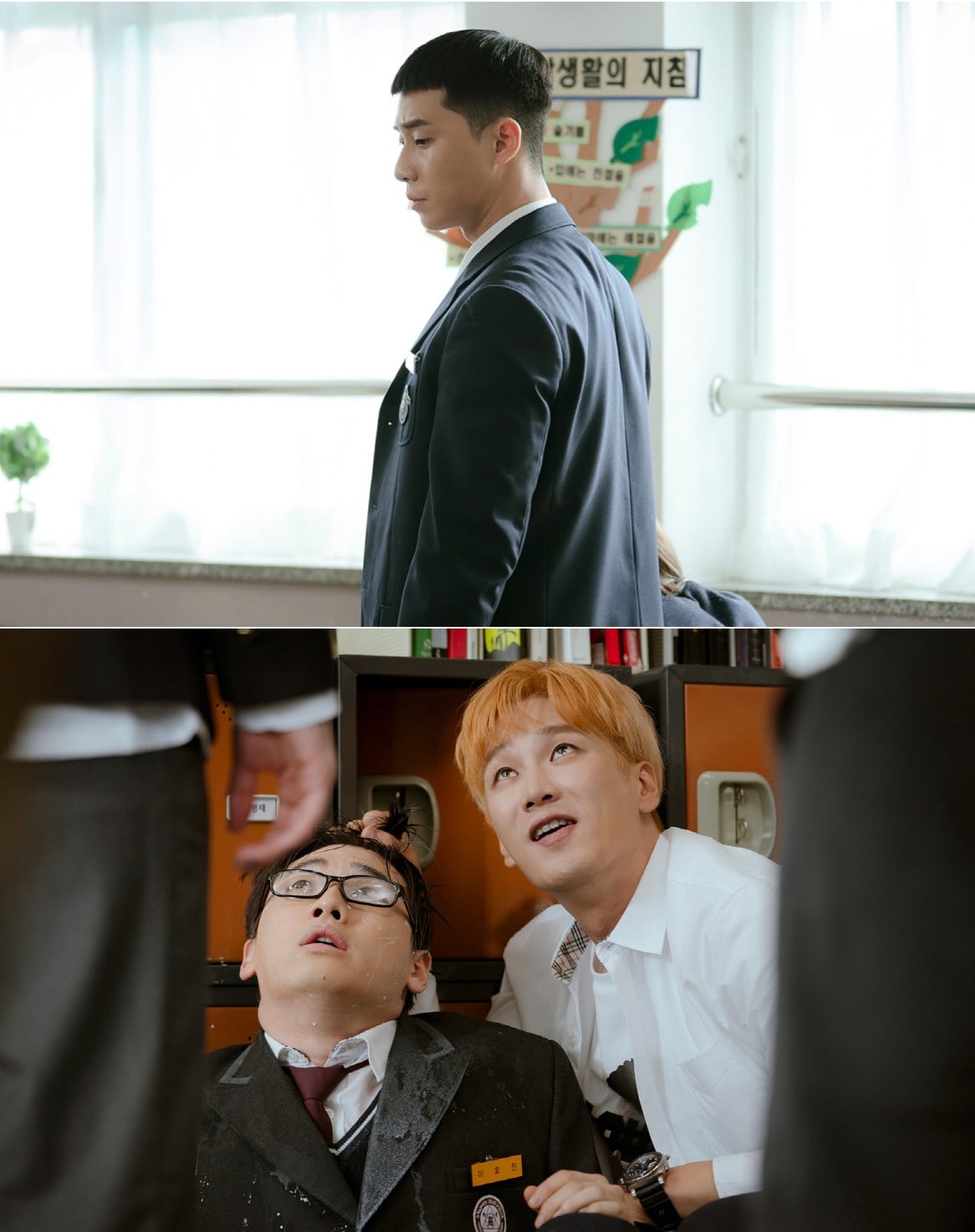 When no one is able to stop Jang Geun Won, Park Sae Roy comes forward to block him. Lee Ho Jin sends a desperate look to the vigorous new transfer student who has intervened, and Jang Geun Won’s mischievous expression suddenly turns dark with anger. Nonetheless, Park Sae Roy refuses to step back, and the two share fierce eye contact in their tense confrontation. Park Sae Roy aims his fist at Jang Geun Won in one still, hinting at the explosive encounter that will unfold. 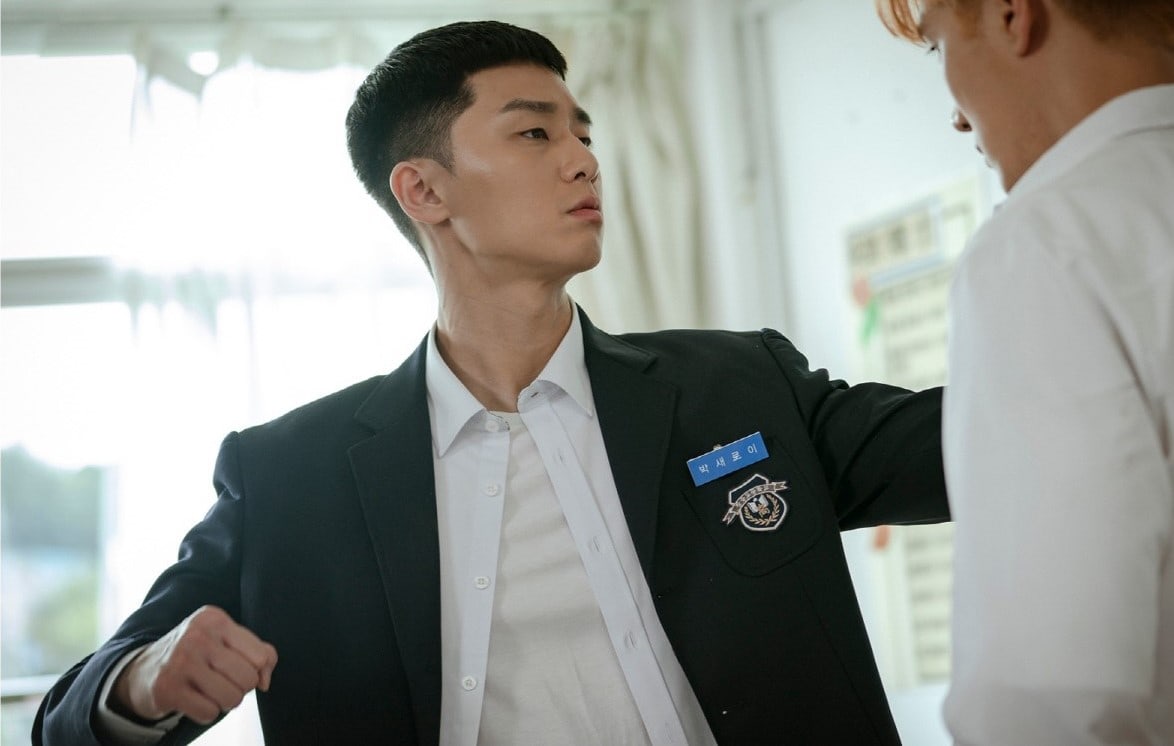 Previously, Park Seo Joon shared, “Park Sae Roy, who isn’t swayed by anyone and lives independently, will bring catharsis to those viewing the drama.” Since Park Seo Joon will be adding his unique charm to the original character, viewers are already highly anticipating his portrayal of Park Sae Roy in the drama. Viewers are also looking forward to Ahn Bo Hyun’s role as an opposing character who is the mischievous heir to Jang Ga.

The production team of “Itaewon Class” shared, “From his first day of school after transferring, Park Sae Roy, the icon of conviction and vigor, will begin to get embroiled [in trouble]. As the beginning of an ill-fated relationship, his first encounter with Jang Ga’s heir Jang Geun Won, who will change his fate, will be a situation of high tension.” They added, “Please focus on Park Sae Roy’s story which will unfold right from the premiere.”

The upcoming drama will be produced by director Kim Sung Yoon, who produced “Love in the Moonlight” and “Discovery of Love” and written by Jo Kwang Jin, who is the original author of the popular webtoon the drama is based on.

“Itaewon Class” will premiere on January 31 at 10:50 p.m. KST. Watch the latest teaser for the drama here!