Watch: Kang Ha Neul Reveals Story Behind His 1st TV Appearance When He Was 17

Kang Ha Neul shared a funny story from his past!

On SBS’s “Night of Real Entertainment,” Kang Ha Neul appeared alongside co-stars of his new play “Fable of Fantasy.” During the interview, Kang Ha Neul talked about how his parents had been theater actors.

“They were actors and then when they had me, it became difficult to make ends meet, so they stopped,” he explained. “Their friends continued to act in plays so I went to the theater a lot as a kid. I’d meet my parents’ friends in the dressing rooms. So I feel really comfortable here.”

When asked if his parents had objected to him being an actor, Kang Ha Neul replied, “They didn’t.” He added with a big laugh, “I asked them once why they hadn’t, and they said that they assumed that I’d quit after doing it for a while. They wanted me to give it a shot since it seemed like I’d quit once it didn’t work out.” 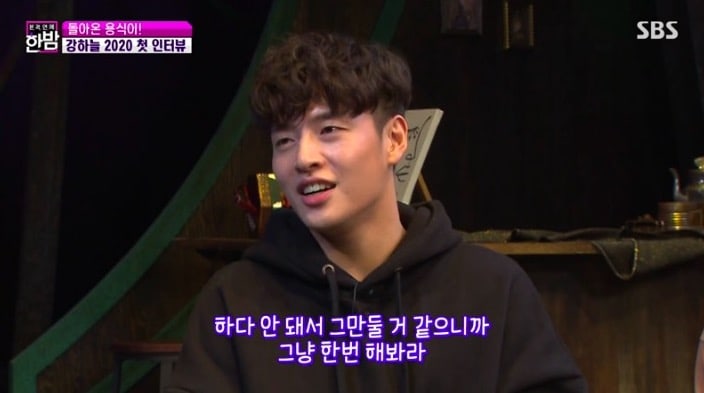 The interviewer went on to ask what his first appearance on television had been. The actor replied that it was “AM Plaza,” a popular KBS morning show. Kang Ha Neul appeared on the show with his father three times when he was 17 years old. “Night of Real Entertainment” showed a clip from the program, in which the hosts said to him, “We hear that you’re very popular at school!”

His father boasted, “He’s still got chocolate that he received on Valentine’s Day piled up in storage.” Kang Ha Neul showed off his talents and sang with his father, and the father-son duo won in the show’s competition all three times. 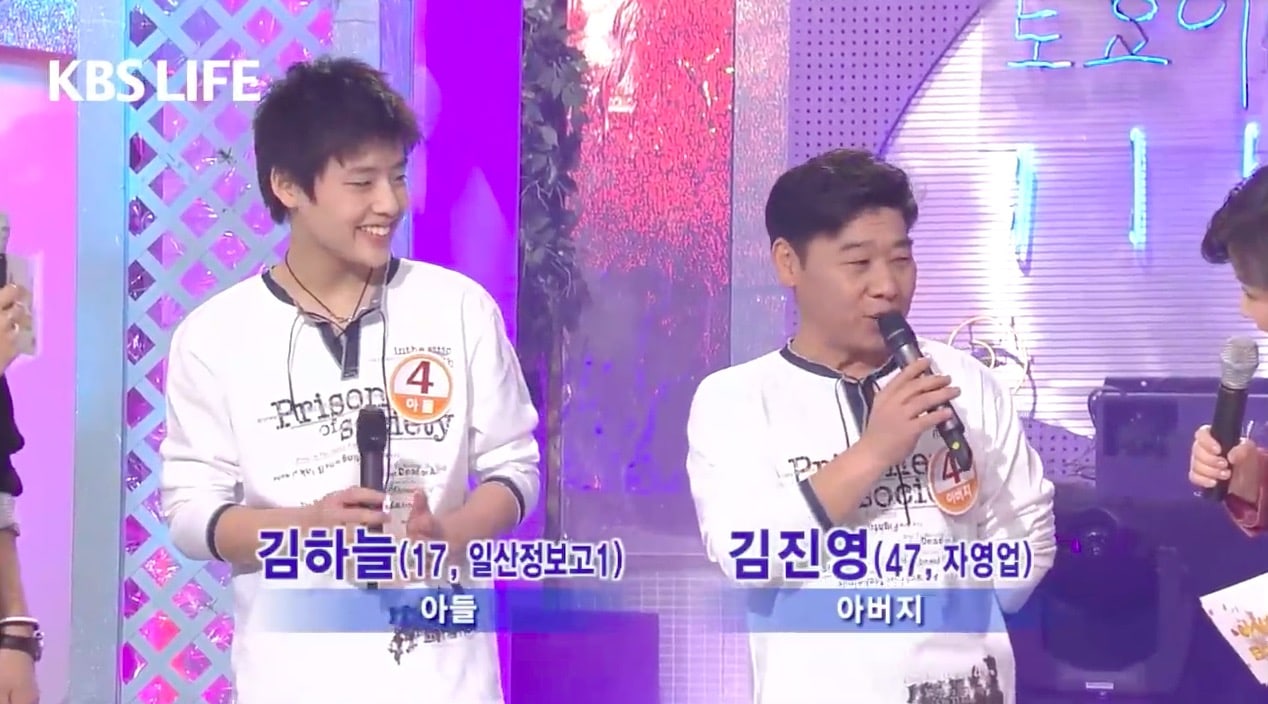 Kang Ha Neul said in his interview with “Night of Real Entertainment,” “I think this is the first time I’ve talked about this, but my family likes to have fun. We all go to karaoke together. My uncle watched my father and I sing together at karaoke once, and then he put our names in for the show without us knowing. We had no idea.”

He continued, “My father wanted to go to check out what the network was like, so we just went.”

You can watch a clip of Kang Ha Neul at 17 years old on “AM Plaza” below!

Kang Ha Neul
E-news Exclusive
How does this article make you feel?