FTISLAND’s Minhwan was a doting husband for his wife Yulhee and a devoted father for their twins.

On the January 29 episode of “Mr. House Husband,” Minhwan and Yulhee went to the obstetrics and gynecology clinic for a regular checkup.

Yulhee is currently 34 weeks pregnant with twins, and she complained of feeling some strain in her stomach. The doctor warned them of the risk of premature birth and monitored her for 30 minutes. Afterward, the doctor informed them that she observed tiny but constant uterine contractions and suggested hospitalization for complete bed rest. 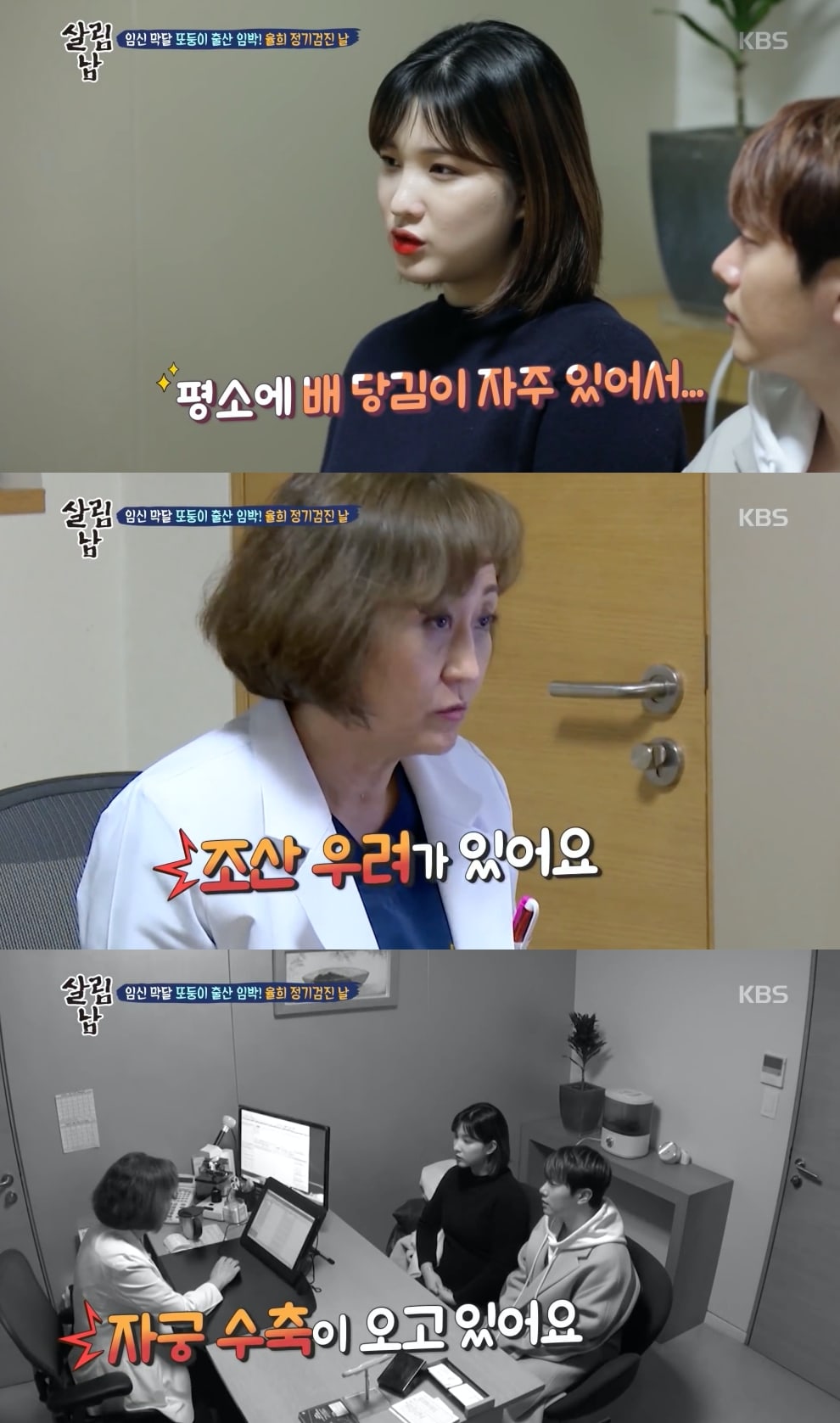 Once admitted and situated in the hospital room, Minhwan comforted Yulhee and watched as the nurse took her vitals. The nurse told her about some changes and pain she may experience as her pregnancy continues and emphasized the need for bed rest.

Minhwan told Yulhee he was going to head home to grab some necessities for her hospital stay and brought back a carrier full of various items including a body pillow gifted by her father, her favorite pink hairbrush, thick socks for sleeping, and a laptop to keep her occupied.

Yulhee smiled and praised her husband’s thoughtfulness. Reassuring her, Minhwan told Yulhee, “Just tell me whatever you need.” 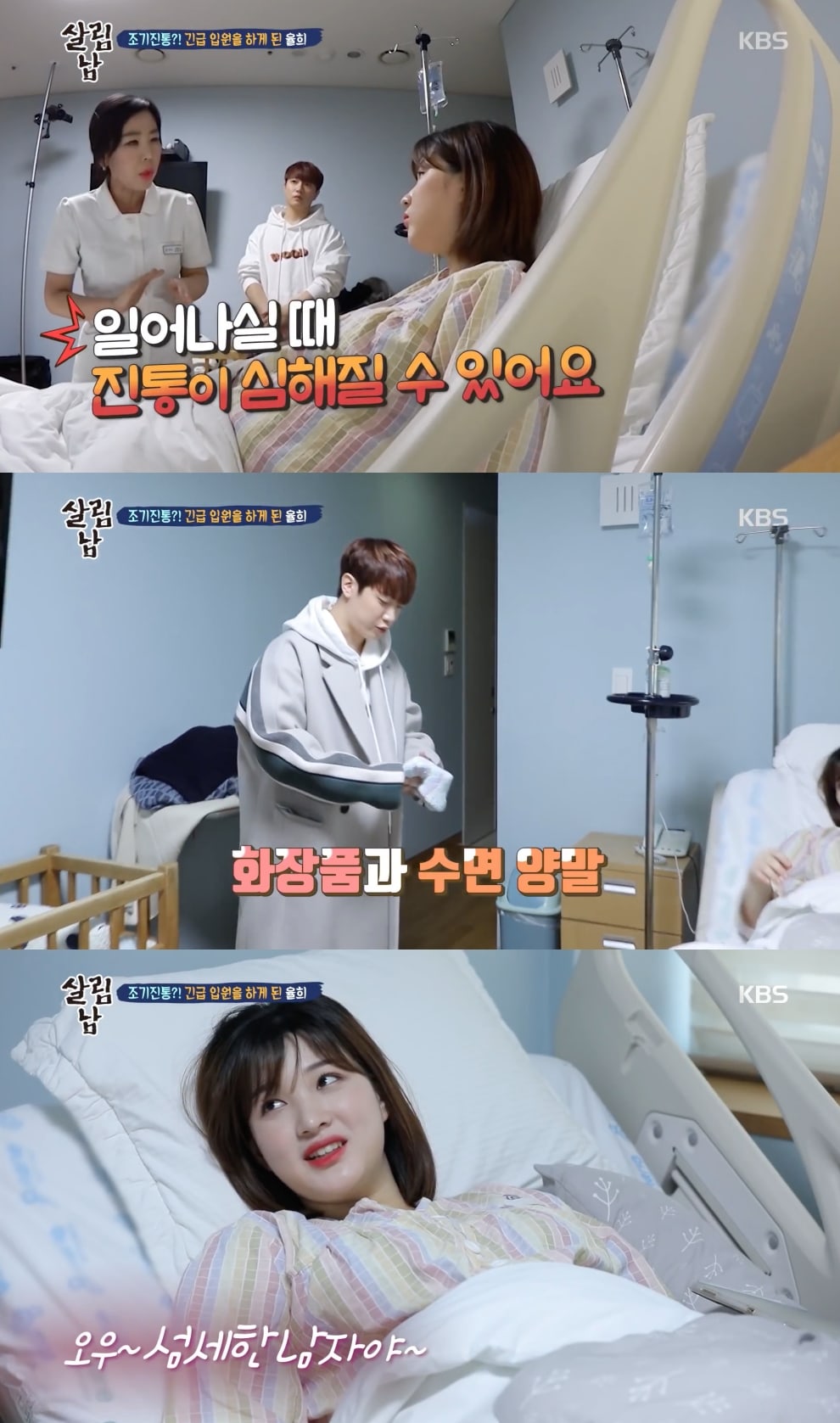 After multiple trips to the store and back, Minhwan successfully completed his mission of bringing all the necessities to Yulhee’s hospital room.

He said, “I just want them to be healthy when they’re born,” and she added, “They said they grow a lot during the last month.”

Yulhee told him some of the changes she felt in her body and described how it even felt as if something was stuck in her pelvis. Hearing this, Minhwan asked if she wanted a massage and immediately got up to rub her legs and feet. She expressed that it felt as if her blood was now flowing and continued to rest. 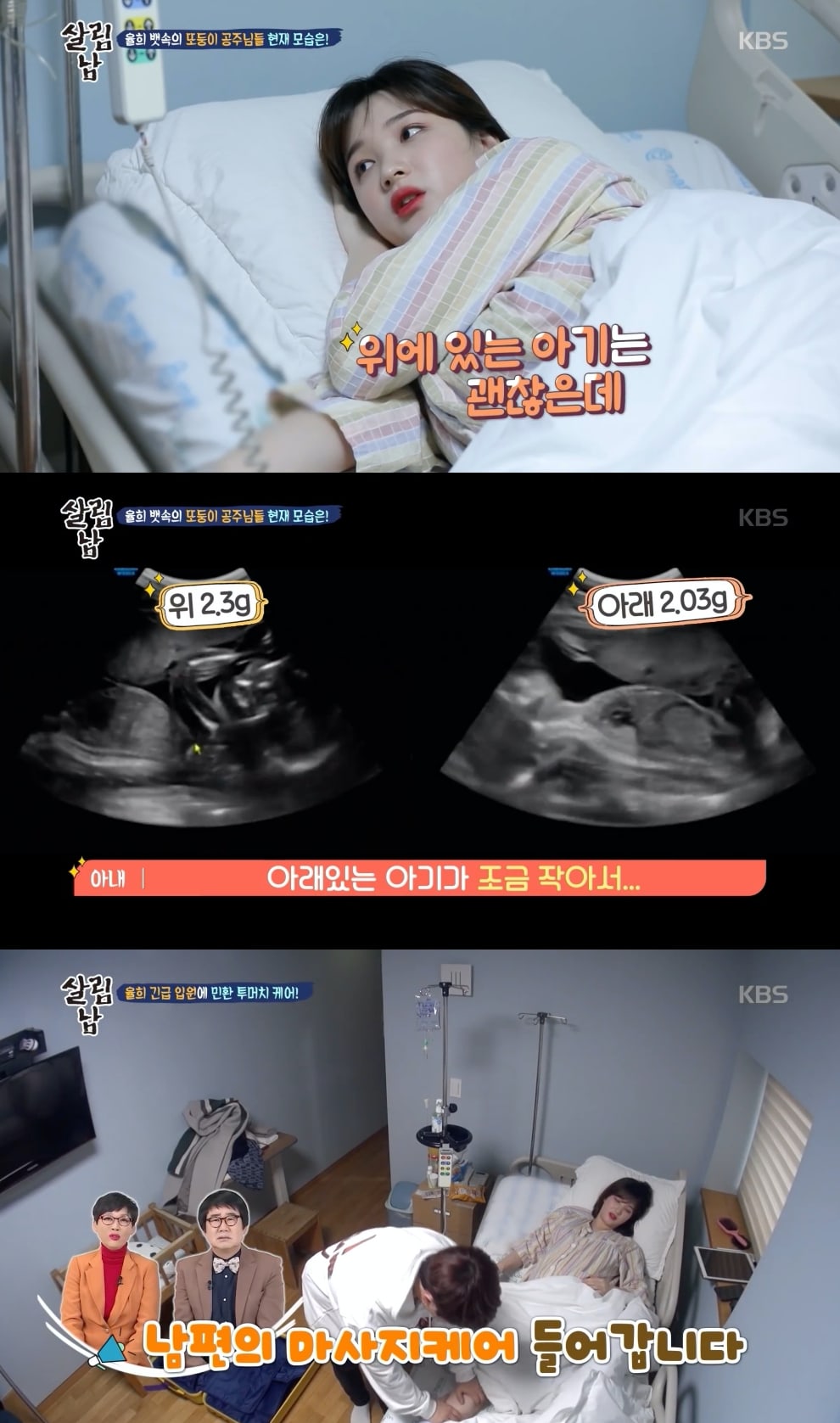