Joo Sang Wook and Kim Bo Ra find themselves in a dangerous situation in the latest stills for “Touch!”

At the end of Episode 8, Cha Jung Hyuk, who had cut off contact with everyone, was found by Han Soo Yeon and Baek Ji Yoon (Han Da Gam) with packets of medicine around him.

In new stills released by the drama, Cha Jung Hyuk lies unconscious in the emergency room as Han Soo Yeon takes care of him with a worried expression. Interestingly, she seems to be alone with him and Baek Ji Yoon is nowhere to be seen. 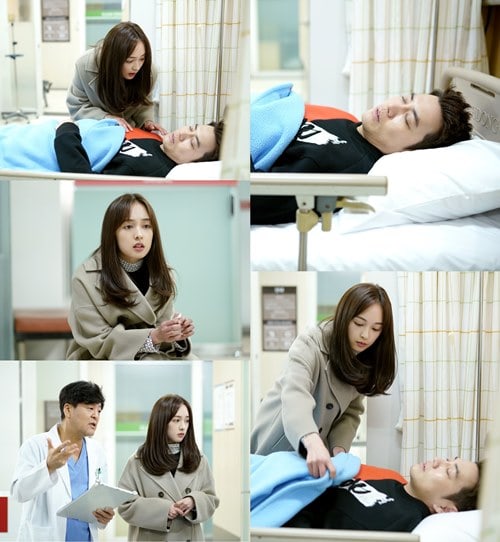 The production staff stated that the upcoming episode will tell the story of what happened to Cha Jung Hyuk’s health to necessitate a trip to the ER. Many viewers are speculating that he might have made an extreme choice after the failure of his business, Cha Beauty.