OCN’s new drama “Tell Me What You Saw” is premiering tonight!

With less than a day until the premiere, “Tell Me What You Saw” revealed three key reasons to anticipate the drama:

The drama has a strong cast lineup that includes Jang Hyuk, who returns to OCN after three years, Girls’ Generation’s Sooyoung, who is expanding her acting spectrum through movies and dramas, Jin Seo Yeon, who earned the “scene-stealer” title for her performance in the film “Believer,” Jang Hyun Sung, who shines in each of his projects with his perfect immersion, and Ryu Seung Soo, who skillfully performs his role in various genres.

These trusted actors shared they were “caught up by their three-dimensional characters.” Above all, the explanation that “all characters have secrets” is why viewers are more excited about the charm of each character that these actors will create.

2. The teamwork of Jang Hyuk, Sooyoung, and Jin Seo Yeon

Genius profiler Oh Hyun Jae (Jang Hyuk) disappeared from the world in an explosion caused by a serial killer known as “The Guy.” After five years, mint candy (a signature mark of “The Guy”) reappears, which leads to another chase to get him.

With police officer Cha Soo Young (Sooyoung) who has a photographic memory, and team leader Hwang Ha Young (Jin Seo Yeon) who designs all the plans, Oh Hyun Jae will hunt down the serial killer and discover the truth. Sooyoung shared, “You can expect a special chemistry from the three.” 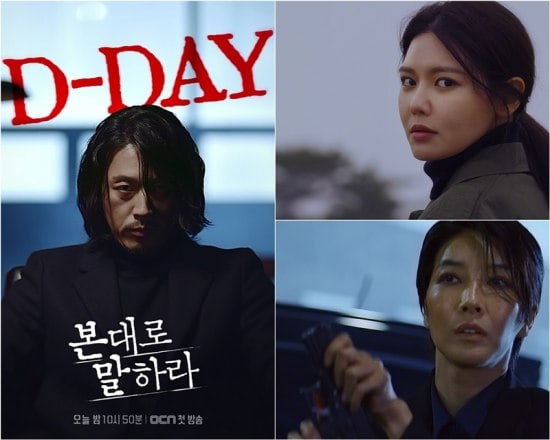 The production team described the work as a “high-quality work” created by a trusted group of writers, directors, and actors who worked hard with creativity and paid attention to every detail. Writers Go Young Jae and Han Ki Hyun increased the immersion of the actors with the drama’s absorbing plot. Furthermore, producing director (PD) Kim Sang Hoon improved the drama with his meticulous and sensuous production.

PD Kim Hong Sun, who directed the first season of “Voice” as well as “The Guest,” added perfection to the work as a creator. The drama promised to get the viewers’ hands sweaty with anticipation for every episode.

In the meantime, check out the highlight reel with English subtitles below: