The stills show tension buzzing between local police officer Cha Soo Young (Sooyoung) and investigative team leader Hwang Ha Young (Jin Seo Yeon). Hwang Ha Young has a cold glint in her eye as she brings up an issue with Cha Soo Young, making viewers curious to know what happens to the two people who will be working with genius profiler Oh Hyun Jae (Jang Hyuk).

Cha Soo Young once dreamed of becoming a detective but in reality, she is a police officer in a quiet countryside town. However, a murder occurs in her town, bringing top-level investigative team leader Hwang Ha Young to her neighborhood. Things don’t seem to be going well for the two as Hwang Ha Young presses down on Cha Soo Young’s shoulder with force. 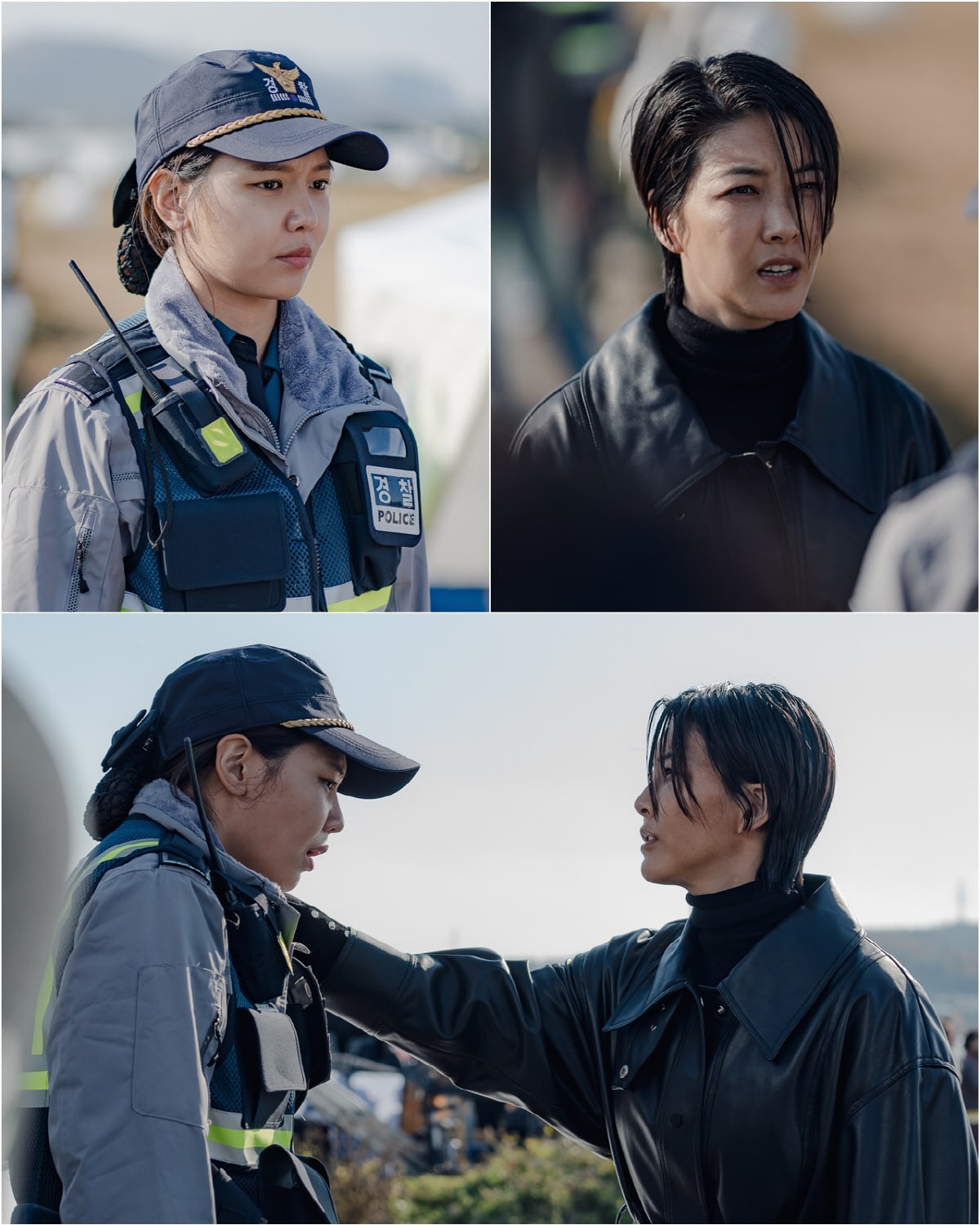 The production staff stated, “Cha Soo Young and Hwang Ha Young’s story begins with a murder case. A key factor in their relationship going forward is the reason why Hwang Ha Young is so angry,” and, “The first episode will kick off with the two characters’ story as a serial killer returns after going silent for five years. We hope that people will anticipate the thrilling story.”

“Tell Me What You Saw” is a suspense thriller that tells the story of Oh Hyun Jae, a genius profiler who has lost everything, Cha Soo Young, who has photographic memory, and Hwang Ha Young, the investigative team leader who works with them to track down a serial killer. The show premieres on February 1 at 10:50 p.m. KST and will be available on Viki.

Check out the highlight reel for the upcoming series below!

Girls' Generation
Sooyoung
Jin Seo Yeon
Tell Me What You Saw
How does this article make you feel?