Girls’ Generation’s Choi Sooyoung shared funny stories and gave out relationship advice on “Ask Us Anything”!

On the February 1 episode of the JTBC variety show, Sooyoung and Jin Seo Yeon appeared as guests to promote their upcoming OCN drama “Tell Me What You Saw.“

Referring to TVXQ member Yunho‘s passionate personality and how her personality is the opposite of his, Sooyoung revealed that her nickname is “U-Know Yunho’s nemesis.” The cast then watched a clip of an old Girls’ Generation’s rehearsal in which Sooyoung danced with minimal energy. 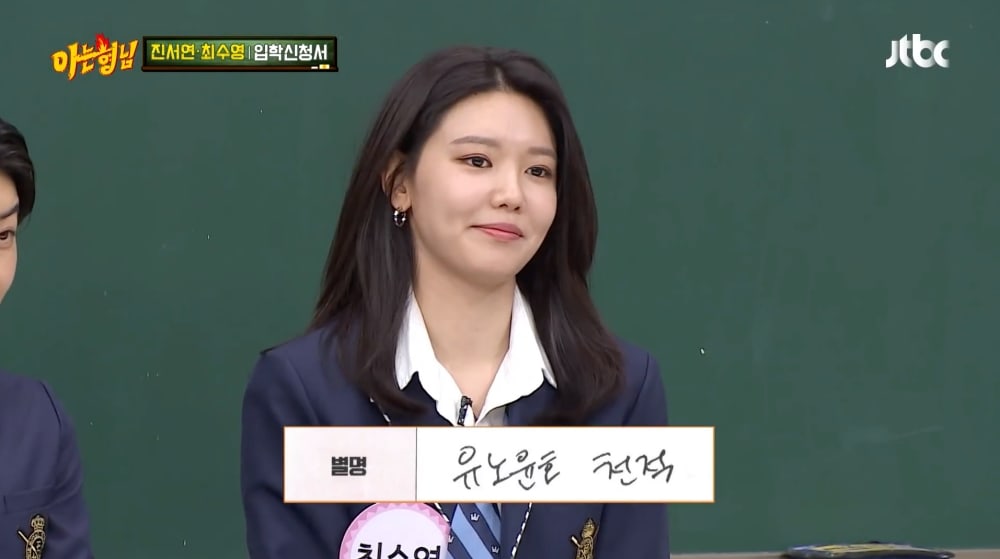 Super Junior’s Kim Heechul jokingly commented, “Yunho would grab the back of his neck [out of anger] if he saw that,” and Sooyoung agreed, “Yes, that’s right. People saw that and said that I’m Yunho’s nemesis, and I thought that was hilarious.” 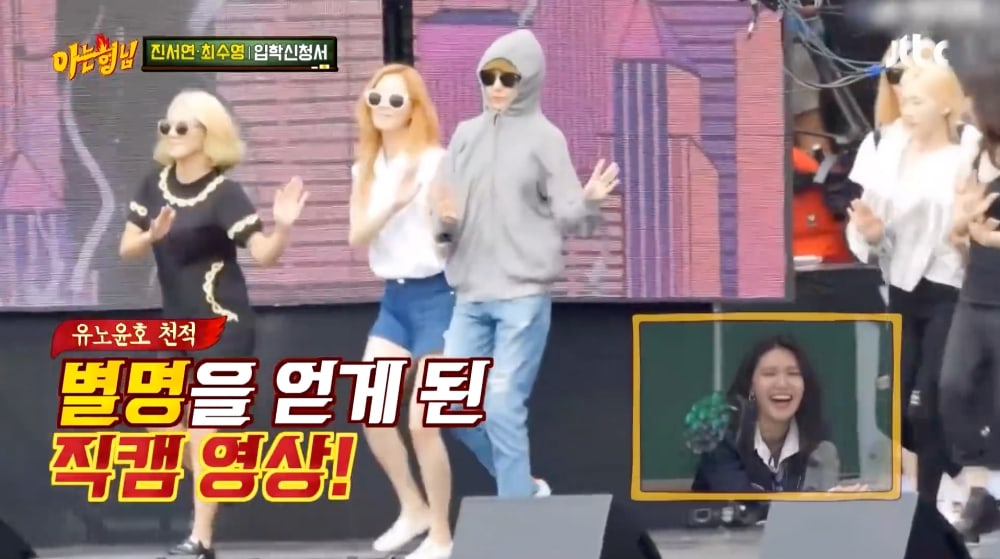 “It was so hot that day,” explained Sooyoung. “I wasn’t wearing sunscreen, so I wanted to completely cover myself. People also compared that clip to the video of the actual broadcast. I gave it my all during the broadcast. I was honestly really embarrassed after watching it, but I felt thankful that people enjoyed watching that clip.”

When asked about bursting into laughter and making mistakes on stage, Sooyoung said, “There’s no solution and nowhere to hide on stage. Yuri once forgot her lyrics, and the words just happened to be ‘I can’t remember anything.'”

She continued, “There are also a lot of times when there’s static on stage. Once there’s static in our hair, our hair flies around like jellyfish. We don’t know what we look like, so we’re singing while acting like we’re really cool, but it’s really funny for those watching.” 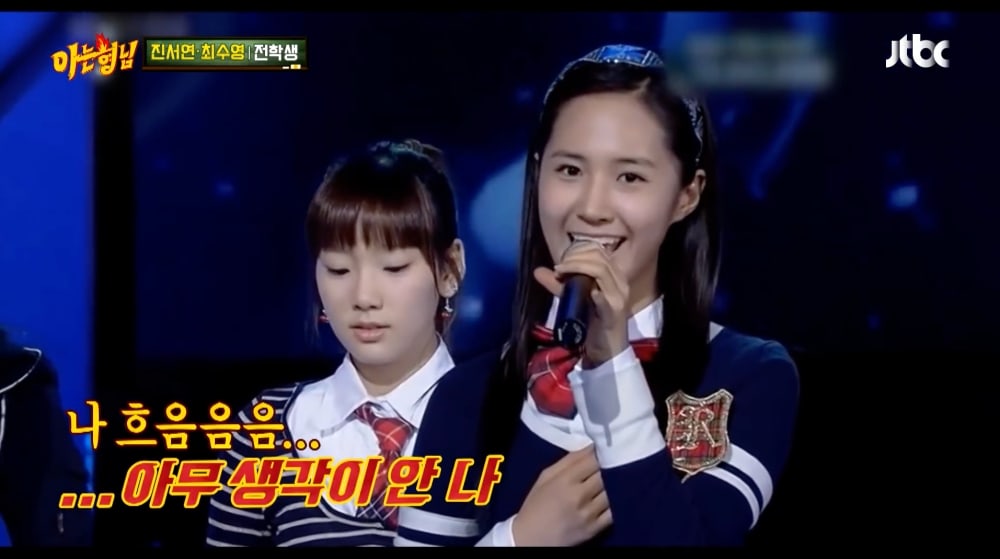 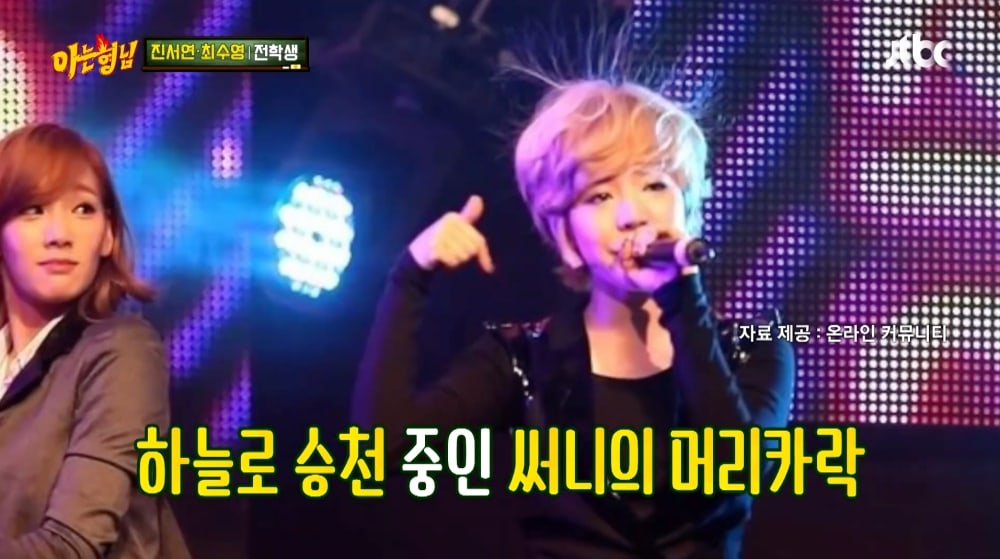 Hearing stories about the girl group, the “Ask Us Anything” cast said they missed Girls’ Generation and asked if the members still meet up. “Yes,” replied Sooyoung, “we even met up a few days ago.” Kim Heechul added, “They go to each other’s concerts and everything.”

Lee Soo Geun commented, “I’m sure the members will send coffee trucks to the set of Sooyoung’s drama,” and she replied with a laugh, “They don’t do that. Thanks, Soo Geun [for reminding them]!”

As for reuniting and performing again together as a group, Sooyoung said, “We definitely want to do it. If the situation and conditions work out, then we’ll reappear on ‘Ask Us Anything.’ Just make sure that you guys last until then.” 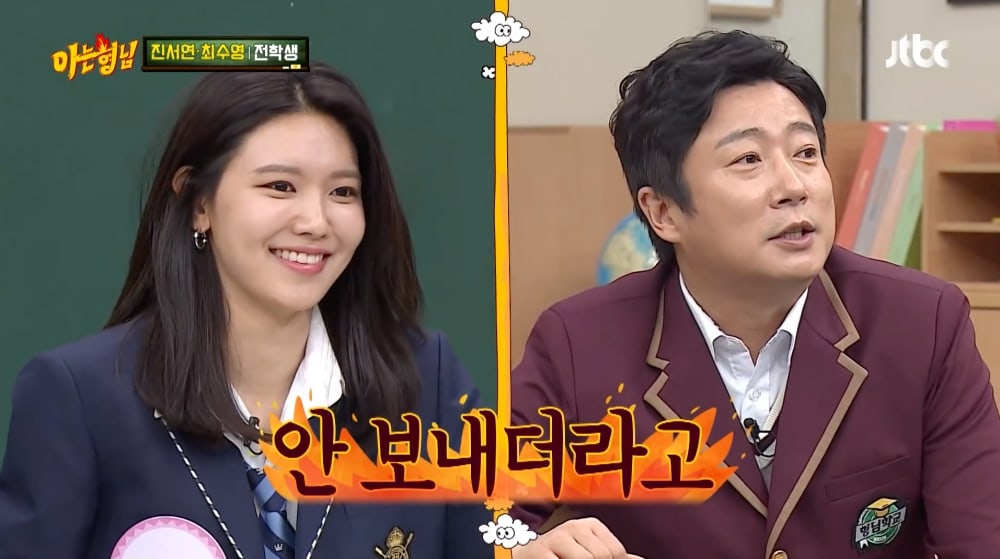 Sooyoung then wrote down Min Kyung Hoon as her ideal seat buddy. Min Kyung Hoon and Jung Kyung Ho became close while serving in the military together and have been friends ever since. Jin Seo Yeon wrote down Seo Jang Hoon as her ideal seat partner, and she explained, “Since I’m boyish, I shine more when I’m next to a sensitive person. But Ho Dong and I have similar energy.” 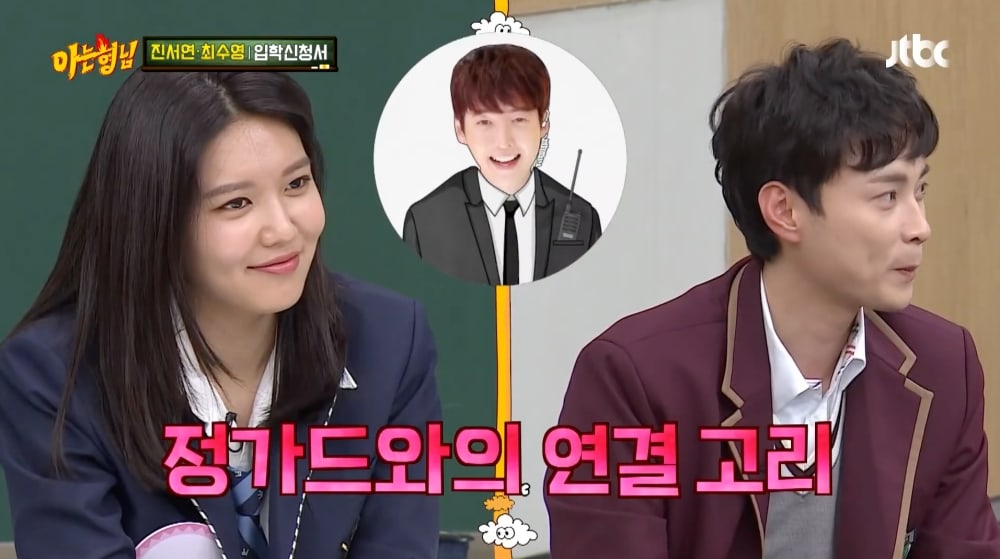 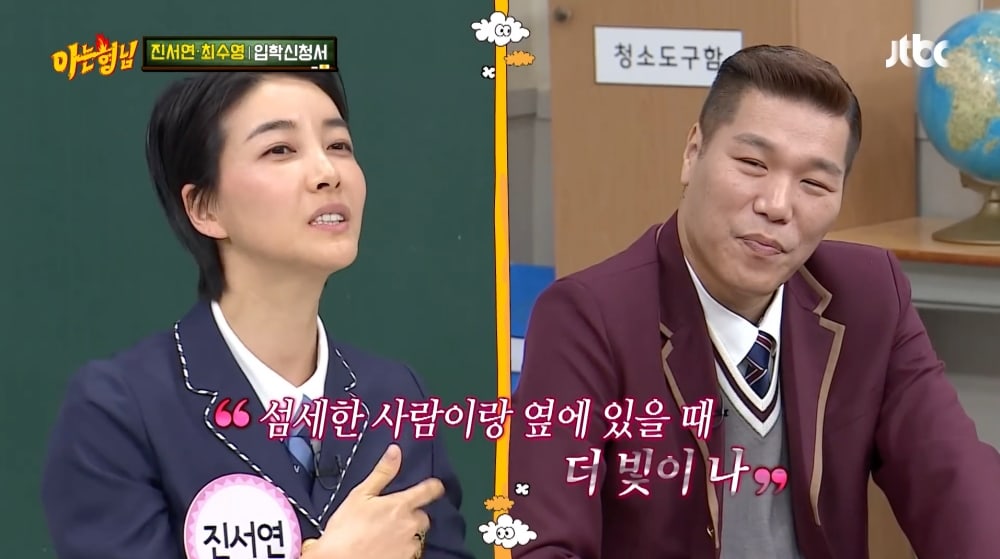 Seo Jang Hoon commented, “I’m so weak in front of [fierce] people. I can’t really do anything.” Hearing this, Sooyoung said, “You shouldn’t be able to.” He asked her if this was the case with her and her boyfriend, and she replied yes with a laugh.

She continued, “When you date a woman, you should date someone with whom you feel a bit uncomfortable. If you date a woman that always makes you think, ‘I should be careful. How will she respond if I do this?’ you can do it too.” 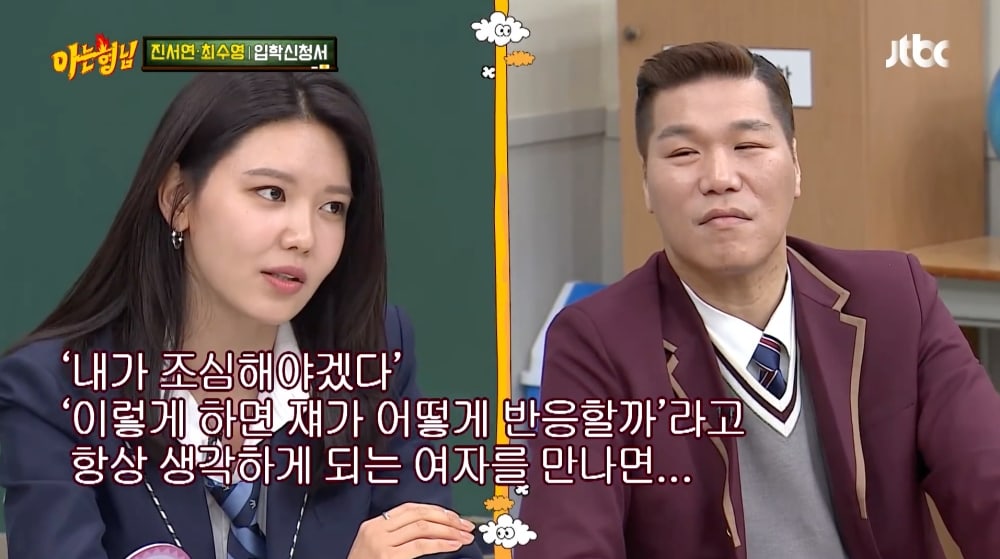 Watch a full episode of “Ask Us Anything” with English subtitles now!

Also, check out the latest preview for “Tell Me What You Saw” below:

Girls' Generation
Ask Us Anything
Sooyoung
Jin Seo Yeon
How does this article make you feel?