On the February 1 episode, Jung Joon Ha and Park Myung Soo visited Yoo Jae Suk’s ramen restaurant on “How Do You Play?” “Infinite Challenge” was a popular variety show that aired for 13 years from 2005 to 2018. The show aired its final episode on March 13, 2018 and left open the possibility for a new season.

Yoo Jae Suk said, “We gathered together in front of the cameras for the first time in a while. Since I’m doing this alone, I think about you guys a lot and feel so lonely.” 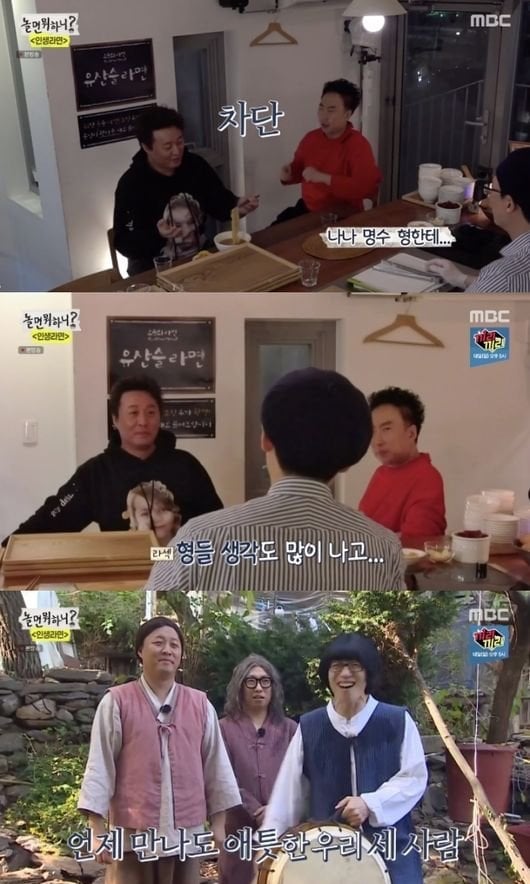 Jung Joon Ha commented, “Do you remember when I once said ‘This is a survival competition, isn’t it?’ on ‘Infinite Challenge?’ I had predicted that Jae Suk would be doing a TV show alone.”

Park Myung Soo added, “While watching Jae Suk sing, I thought about how I would’ve made it fun in a different way. But I didn’t think that I should’ve worked harder back then. My physical endurance is better than before though.”

He then made everyone laugh by telling Jung Joon Ha, “You need to complain a bit and say that you want to appear on TV.” 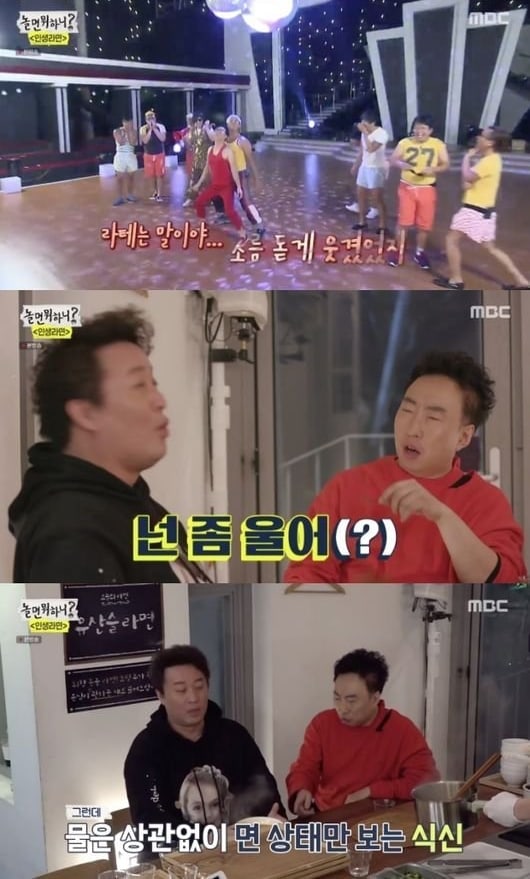 Watch a full episode of “How Do You Play?” now!

Yoo Jae Suk
Jung Joon Ha
Park Myung Soo
Infinite Challenge
How Do You Play?
How does this article make you feel?