On the latest episode of “Ask Us Anything,” Girls’ Generation’s Choi Sooyoung opened up about a recent moment that moved her to tears.

During the guessing-game segment of the February 1 episode of the JTBC variety show, Sooyoung asked the cast to guess the reason why she recently burst into tears on her way home. After a slew of incorrect guesses, she hinted that it had to do with the fact that an idol group lives in her building.

Sooyoung’s “Tell Me What You Saw” co-star Jin Seo Yeon hilariously joked, “You saw your boyfriend with the autograph of the idol group who lives downstairs?” 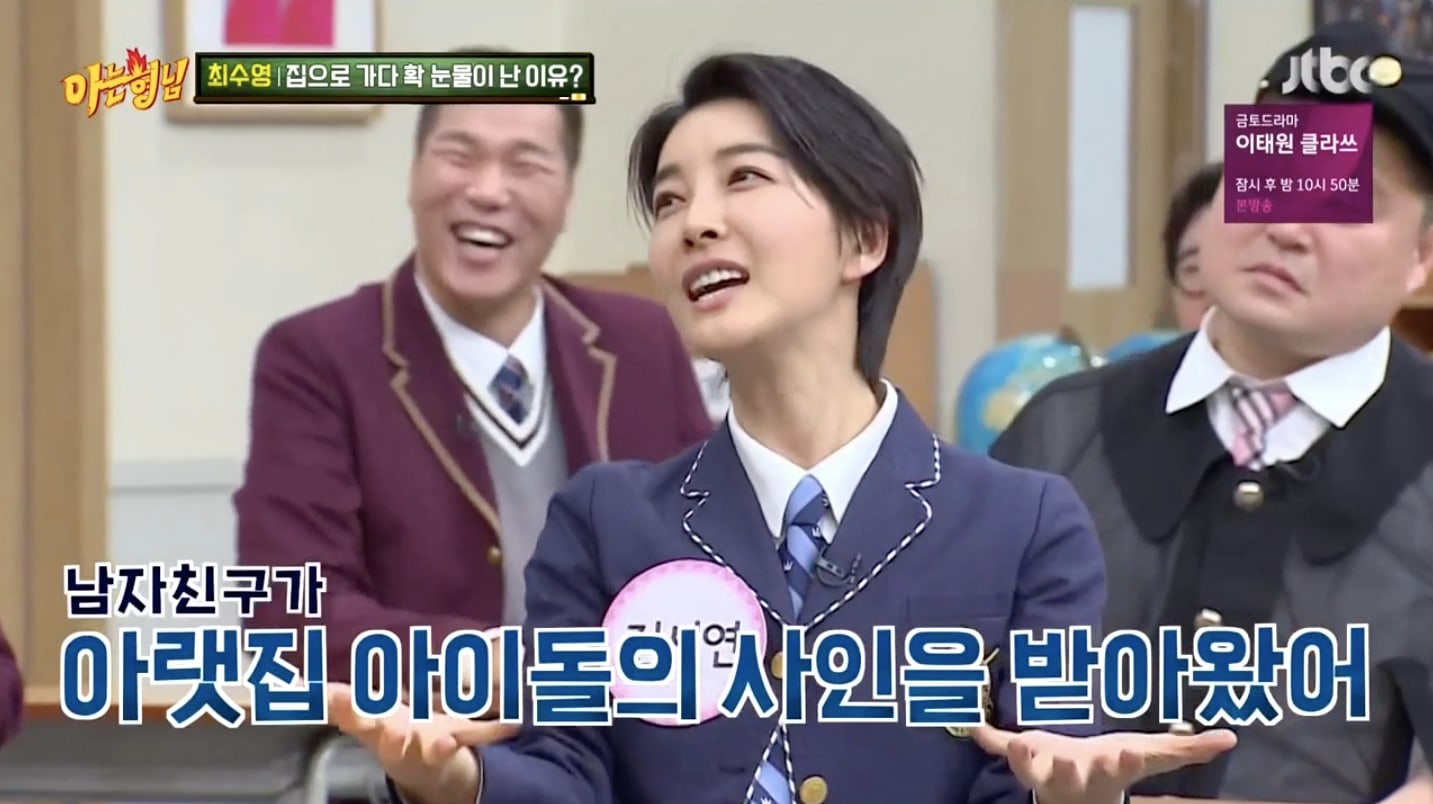 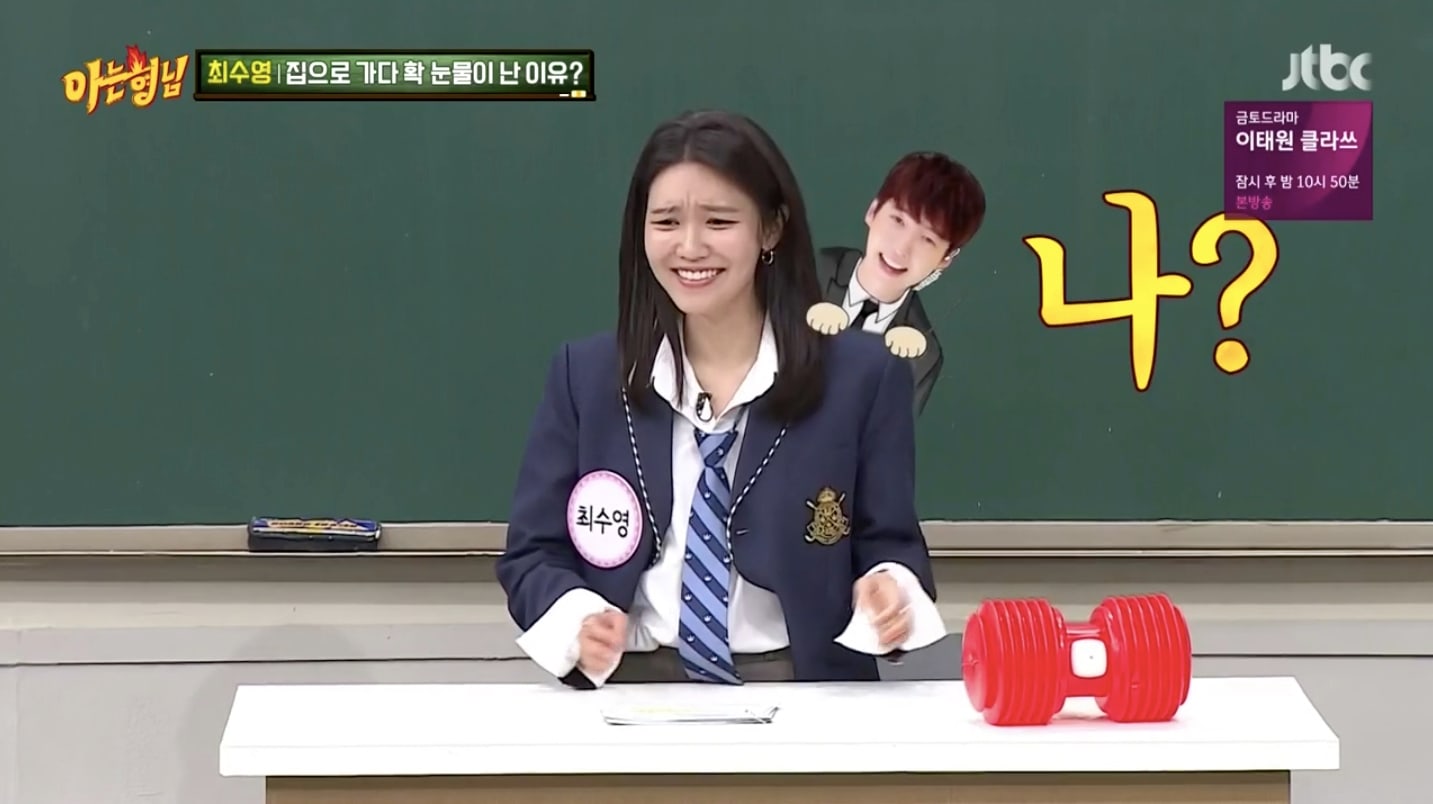 In the end, Seo Jang Hoon finally managed to guess the correct answer: Sooyoung had happened to overhear a conversation between one of the idols who lived in her building and her mother, who had come to visit.

Super Junior’s Kim Heechul asked if she could reveal which idol group it was, and Sooyoung replied, “It’s WJSN.”

“I saw a woman who had packed lots of banchan [Korean side dishes] get into the elevator,” she explained, “and she pressed the button for [WJSN’s] floor. Once she was in the elevator, she got a phone call, and I could hear her daughter’s voice through the phone.”

Sooyoung went on, “Her daughter’s voice sounded exactly like— it reminded me so much of how I had felt back when I was promoting [with Girls’ Generation].” Heechul interjected sympathetically, “That exhaustion.” 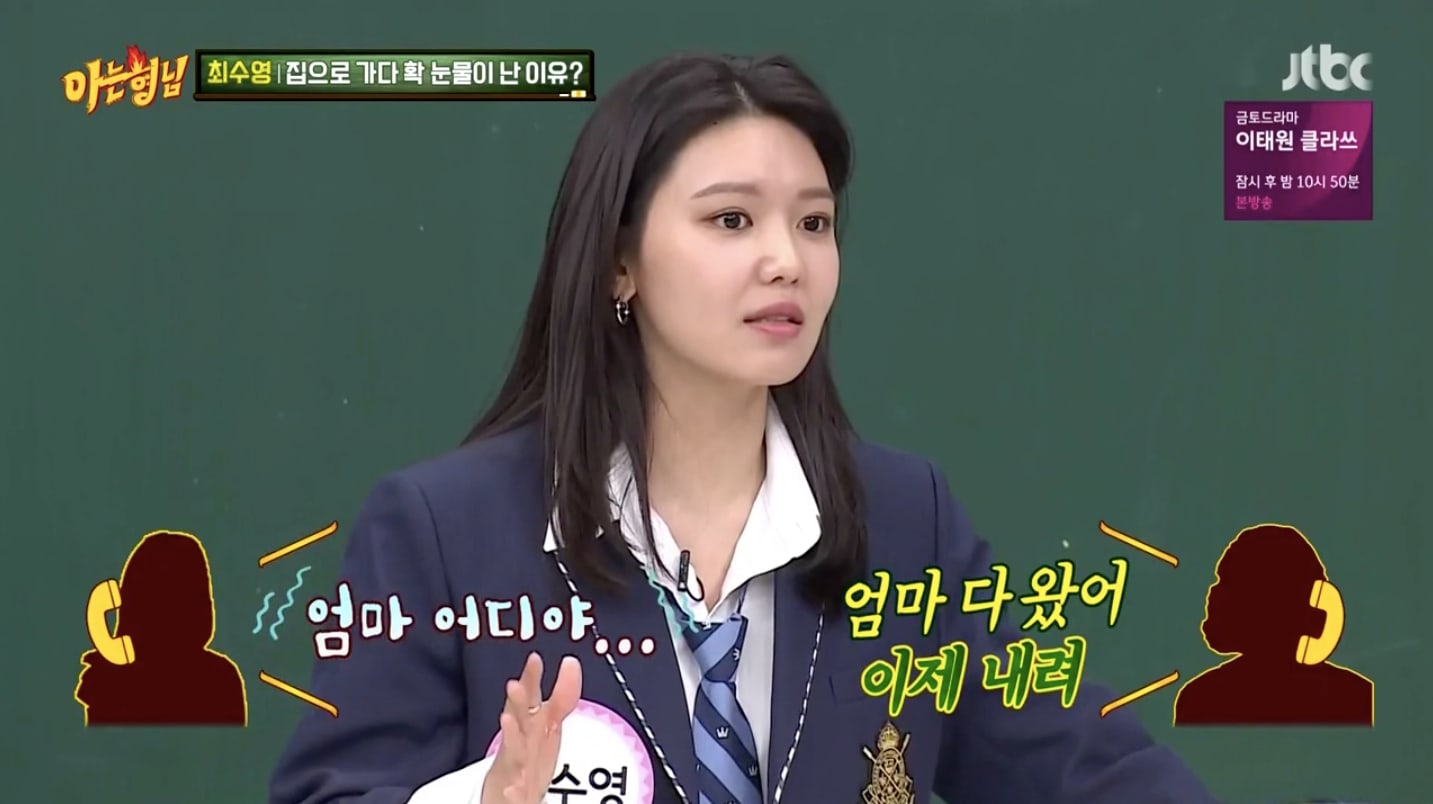 Imitating the WJSN member’s tired voice, Sooyoung recalled, “I heard her say, ‘Mom, where are you?’ and [her mother] said, ‘I’m almost there; I’m getting off [the elevator] now.’ The moment she got off, tears started flowing down my face.” 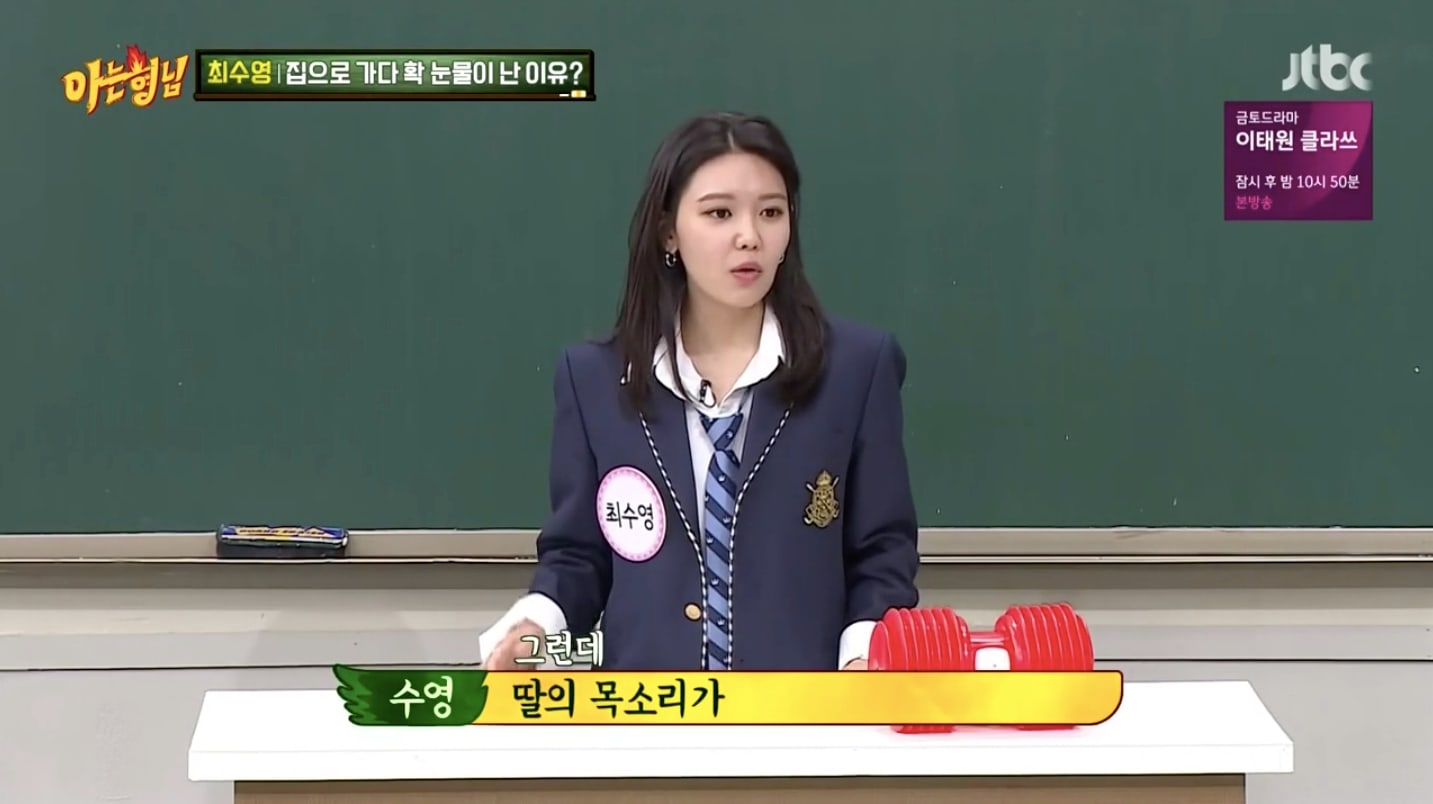 Watch Sooyoung in the first episode of her new OCN drama “Tell Me What You Saw” below!

Girls' Generation
WJSN
Knowing Bros
Sooyoung
How does this article make you feel?