SEVENTEEN’s Wonwoo unwittingly proved that he’s a loyal friend who’d pull through for Mingyu in a time of need!

In the newly released first installment of SEVENTEEN’s “IF” video series, six of the members—Jeonghan, Mingyu, Seungkwan, DK, Hoshi, and Dino—faced off in a quiz battle where they had to answer question about their bandmates.

At the very end of the episode, Mingyu was assigned a mission in which he had to text another SEVENTEEN member a specific message and receive a response within 60 seconds. After being told that he had to ask to borrow 1 million won (approximately $836) in his text, Mingyu turned to the other members present and asked, “Who do you think would be fun? What about Wonwoo hyung?”

As his bandmates fervently agreed with his choice, Mingyu typed out the text: “Hyung, I’m asking because it’s urgent: could you lend me 1 million won? I’ll pay you back right away… it’s urgent.” The moment he pressed send, the timer began counting down the seconds until his minute was up, and Mingyu excitedly watched as his message was marked read. 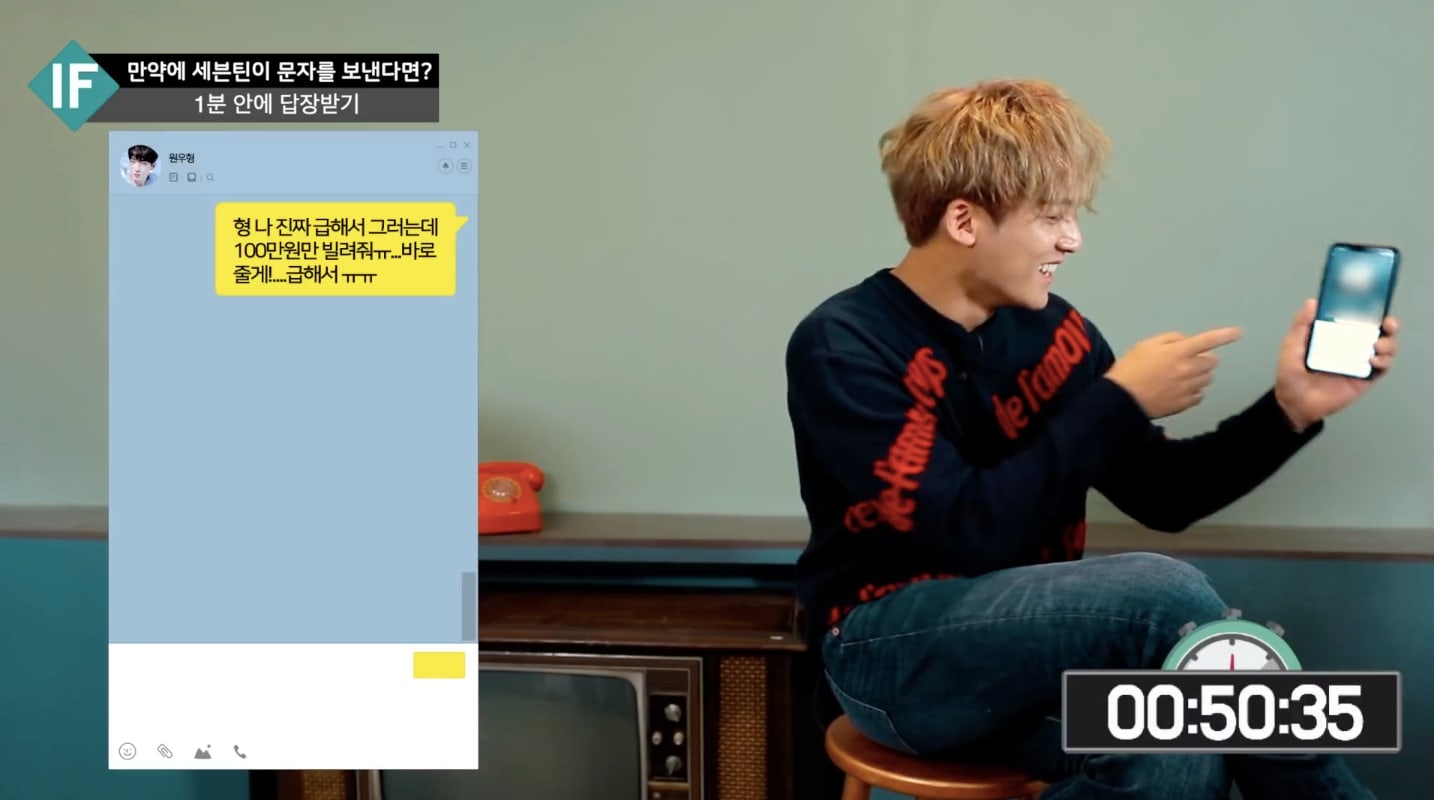 Everyone waited on the edge of their seats to see how Wonwoo would respond, and one of the SEVENTEEN members even warned Mingyu, “Just in case [Wonwoo’s reply is on the harsh side], make sure to tone it down when you read it out loud, okay?”

Mingyu agreed, adding, “What matters is that I receive a response; it’s not important what he says in his text. As long as I get a response, the mission is a success.” Another member worried, “One time, Mingyu cleaned his room and texted Wonwoo [a photo of it], and Wonwoo left him on read.”

However, their fears proved unfounded. Less than 39 seconds after Mingyu hit send, Wonwoo responded with a short but impactful reply: “[Send me your] account number.”

Mingyu’s jaw dropped at Wonwoo’s speedy response, exclaiming with a huge grin, “Wow. Game over.” The other SEVENTEEN members were also audibly impressed at Wonwoo’s display of loyalty, chiming in, “Wow. I got goosebumps. Jeon Wonwoo is so cool.” 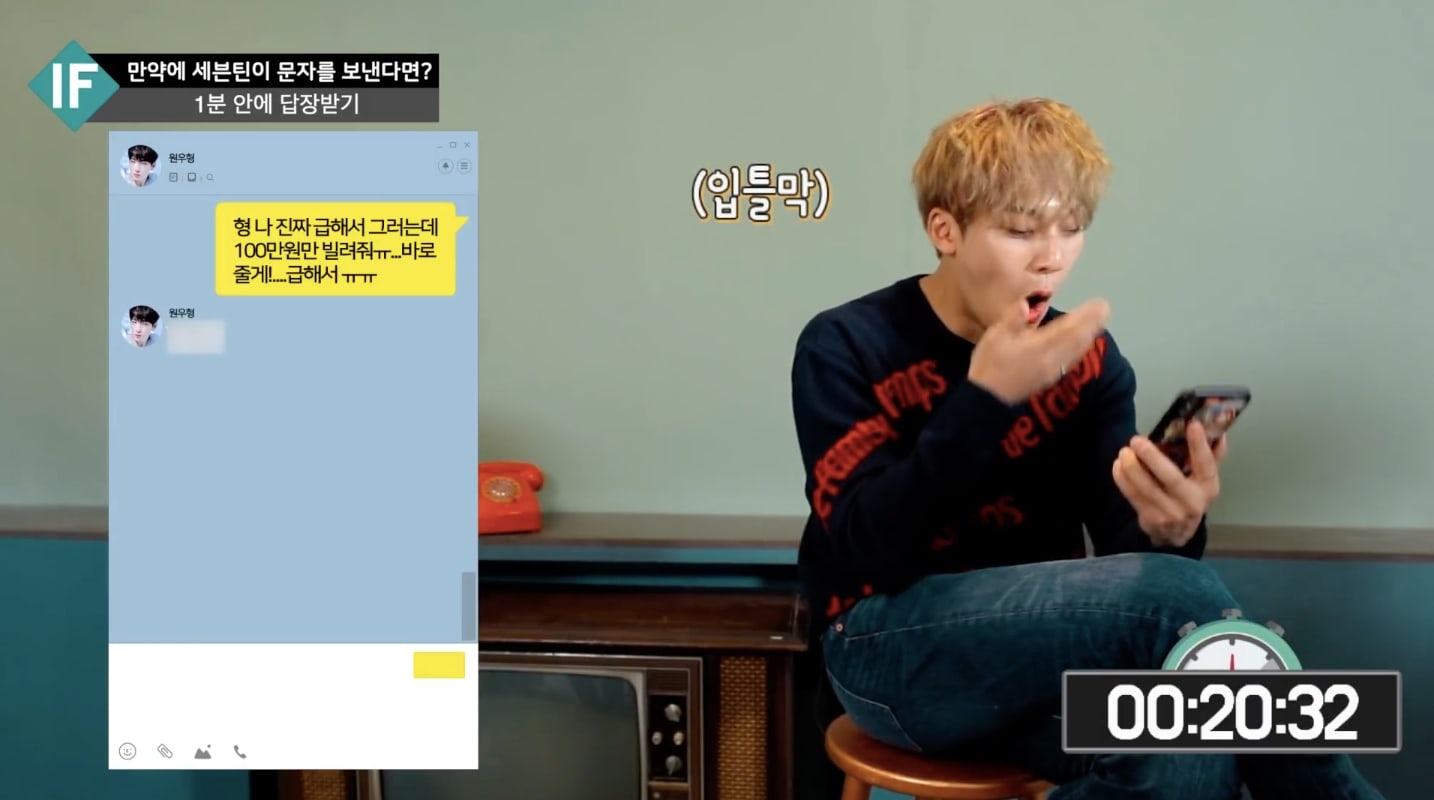 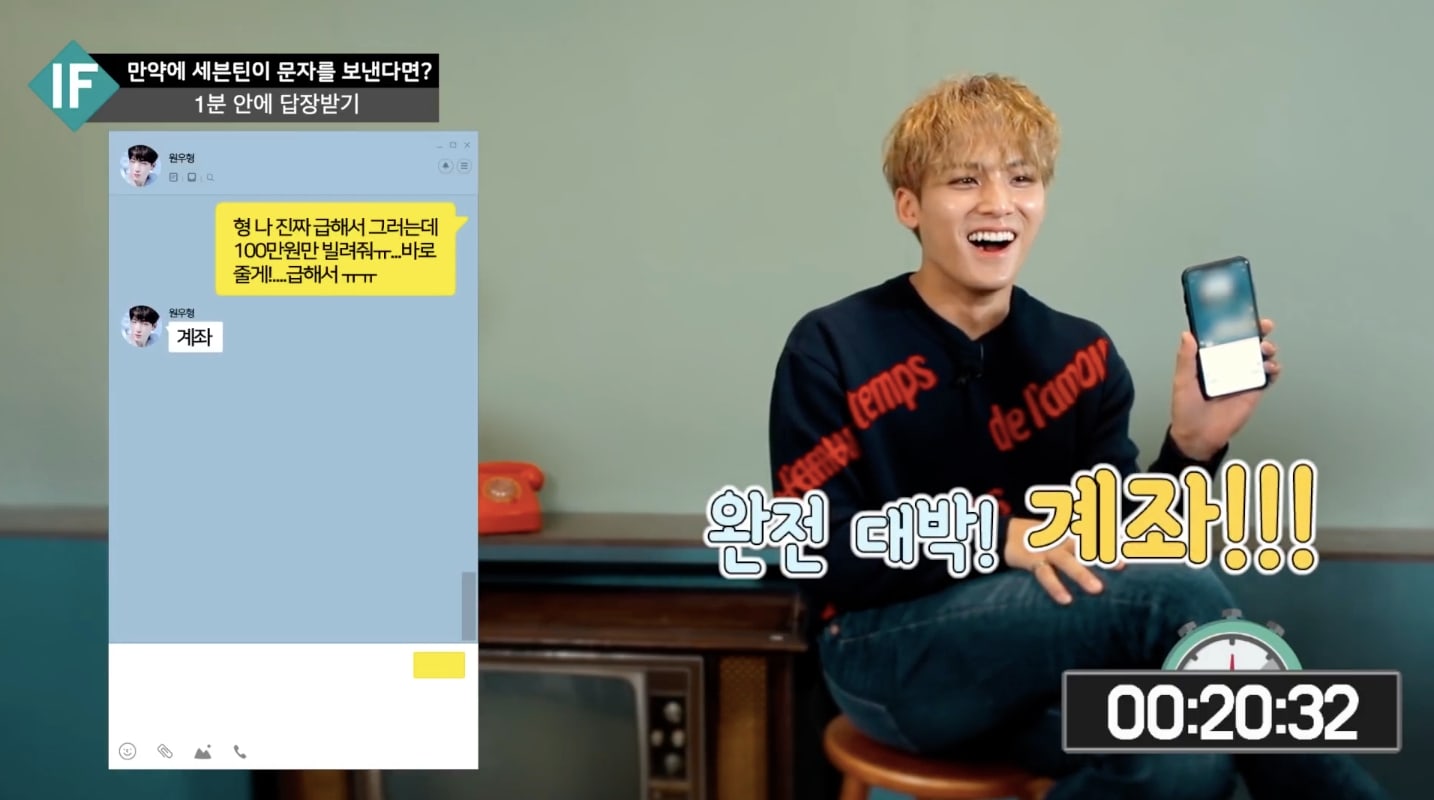 Watch the clip of Mingyu’s mission below! (The mission begins at 14:16 in the video.)

SEVENTEEN
Mingyu
Wonwoo
How does this article make you feel?