The 2020 Sundance Film Festival was held in Park City, Utah, on February 1 (local time). The results were reached following a screening and review of 128 feature films and 74 short films for about ten days since the festival’s opening on January 23. Steven Yeun, Han Ye Ri, and Yoon Yeo jung of “Minari” attended the ceremony. “Minari” took home both the Grand Jury Prize and the Audience Award. 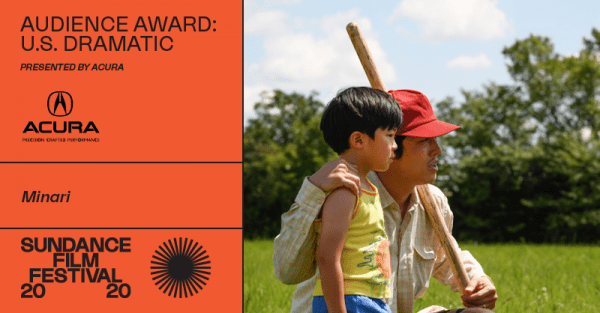 The American film by director and screenwriter Lee Isaac Chung is set in the 1980s and tells the story of a 7-year-old Korean-American boy named David. His entire life changes when his father moves the family to rural Arkansas to start a farm, and the movie is billed as a “charming and unexpected take on the American Dream.”

The Washington Post said, “‘Minari’ is without doubt the best work at this year’s Sundance Film Festival,” and added that it was a masterpiece that brought to life the stories of immigrants and family drama with its exquisite softness and simple beauty. The WRAP, The Playlist, and Indiewire also praised the movie as one of the greatest movies of 2020.

Congratulations to the “Minari” team!