The identity of Hapjeong Station Exit 5 on MBC’s “The King of Mask Singer” has been revealed to be one of the lead vocalists of a rising boy group.

The episode of “The King of Mask Singer” that aired on February 2 followed the latest group of contestants vying to win the crown and become the new king. The second round featured a battle between American Hotdog and Hapjeong Station Exit 5, who sang Kim Hyun Chul’s “Fall of the Moon” and Jung Seung Hwan’s “The Fool” respectively. 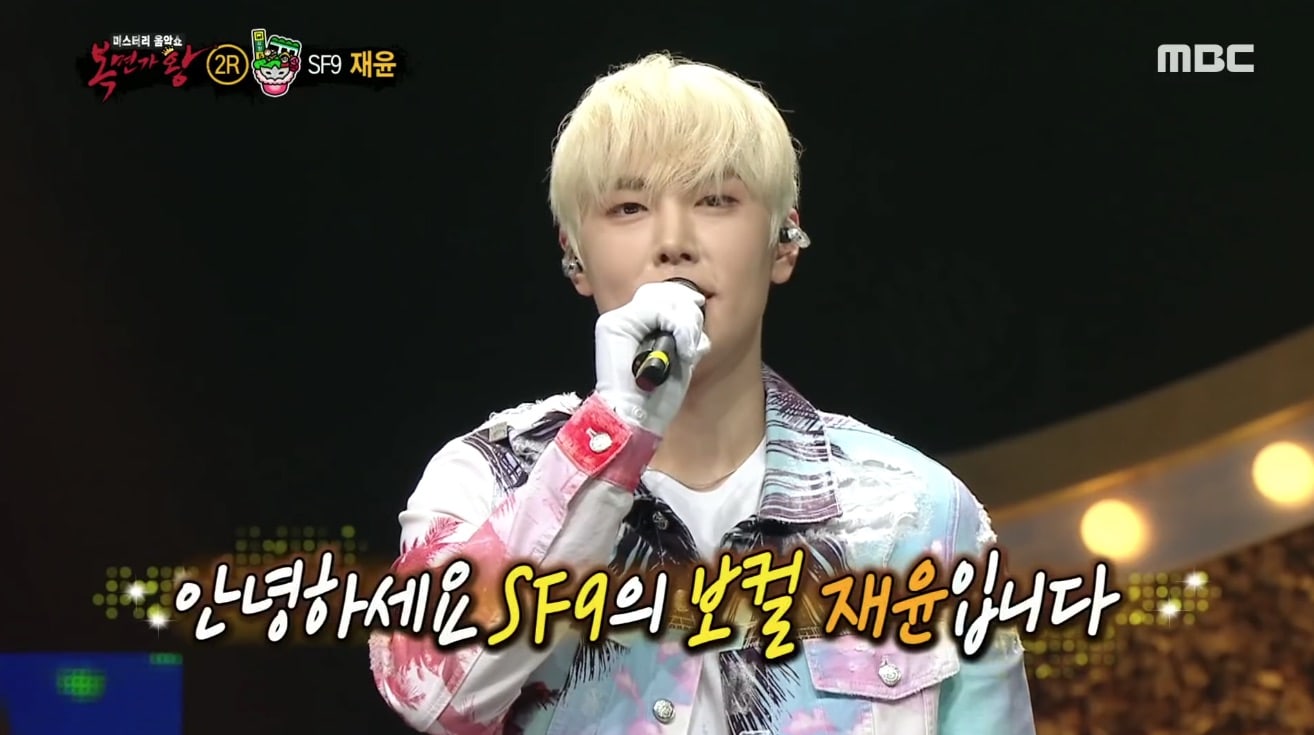 When asked about the sexy dance he had performed earlier in the show, Jaeyoon said, “To be honest, when I hear songs like that, I can’t stay still. I keep trying to crawl on the floor and shake my butt,” making everyone laugh.

Jaeyoon also shared that he had wanted to meet Kim Gura and explained, “I thought he would be a cold person, but my fellow team member Dawon went on ‘Radio Star‘ and said he wanted to hold Kim Gura’s chin. After the show, Dawon said that Kim Gura was so kind to him.” He added, “So if I get the chance, I’d also like to…” and trailed off, joking that he would also like to hold Kim Gura’s chin.

The idol member also revealed that his wish is to receive a song from Kim Hyun Chul or Yoo Young Suk and Yoo Young Suk said, “I don’t think you’ll need a song from us. If you have this much passion for music, I’m sure you’ll grow to be a great singer-songwriter.”

SF9
Jaeyoon (SF9)
The King of Mask Singer
How does this article make you feel?