Yang Se Chan found himself in a sticky situation on “Running Man”!

On the February 2 episode of the SBS variety show, Jun So Min, Yang Se Chan, and Kim Jong Kook formed one team and rode in the same car together.

As Yang Se Chan drove his team to the next filming location, Jun So Min sat in the passenger seat and took great care of him by opening a bottle of water before handing it to him. 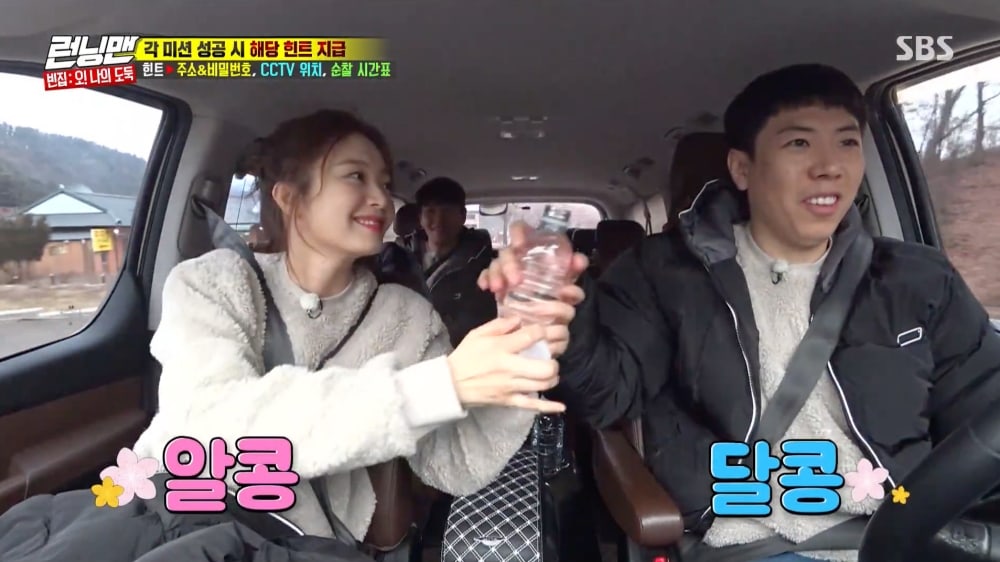 Kim Jong Kook sat in the back and smiled as he watched the lovey-dovey duo, commenting, “It’s good to have a girlfriend or a wife who’s talkative. They give good reactions.” Yang Se Chan agreed, “I like women who react expressively.”

Hearing this, Jun So Min began applauding and laughing in an exaggerated way. She jokingly expressed astonishment at the smallest things, such as when Yang Se Chan turned the steering wheel, and even complimented his gums. Yang Se Chan added, “I think it’d be fun to go on a trip with So Min,” and Kim Jong Kook repeated, “It’s nice when the other person is talkative.”

Jun So Min asked, “Is your [ideal type] Park Na Rae?” to which Yang Se Chan answered, “No, she’s somewhat different from my ideal type.” When Kim Jong Kook brought up Jang Do Yeon, however, Yang Se Chan said, “[Do Yeon]’s great.” 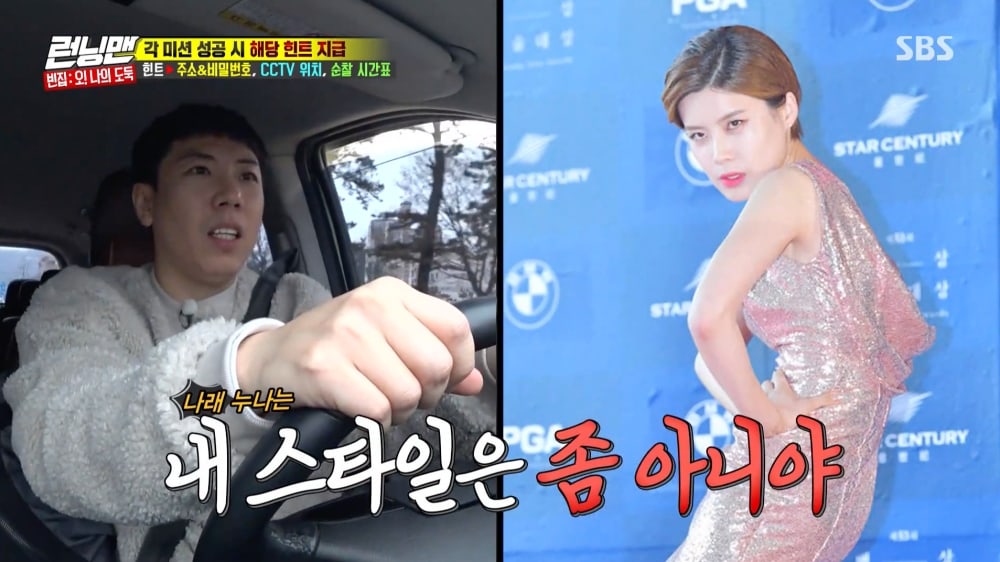 Jun So Min then abruptly asked, “Is it me or Do Yeon?” Yang Se Chan sweetly answered, “So Min, of course it’s you. There’s no need to even say it.”

Breaking out into a big smile, Jun So Min reminded him, “This is going to make it on air. There are definitely going to be articles written about this too.” 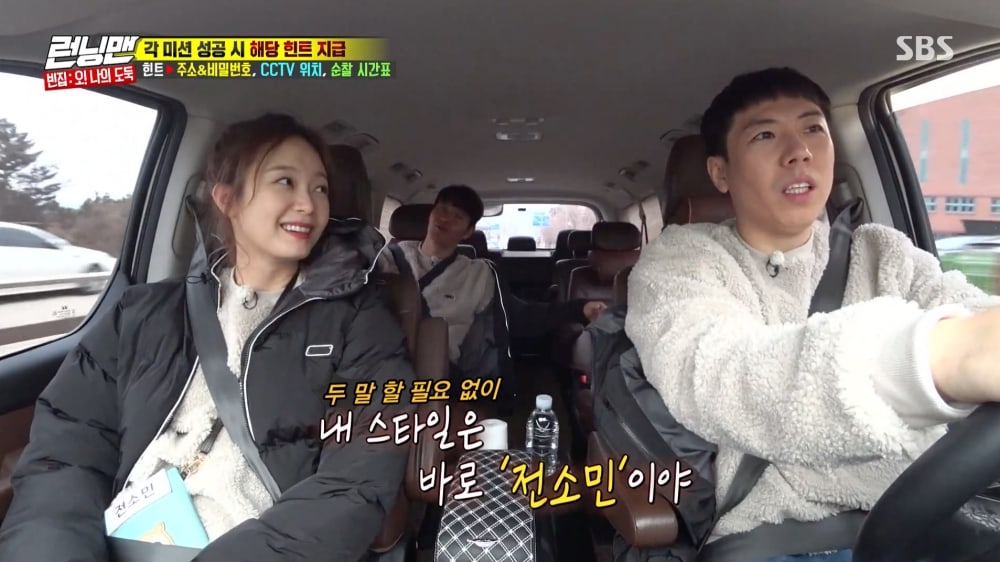 jun so min
Jang Do Yeon
Running Man
Yang Se Chan
How does this article make you feel?