Watch: Gary And His Son Hao Make Their 1st Appearance On “The Return Of Superman”

Gary has returned to TV for the first time in three years!

On the February 2 episode of KBS 2TV’s “The Return of Superman,” Gary and his son Hao made their debut as the newest cast members of the popular family variety show.

After saying hello to viewers, Gary shared his candid thoughts about his three-year hiatus in an interview. He began by explaining, “I promoted for over 20 years, and I think I overloaded myself with stress. I took some time off from everything, and I got married during that time. We then had a child and, in a way, it became parental leave.”

He continued, “I ended up taking a break for over three years, but even though I was took a break from work for a long time, I didn’t feel unhappy at all. Because whenever I came home, I felt so happy. I realized that true happiness is nearby.”

As for his decision to join “The Return of Superman,” Gary said, “I’ve watched all of the show’s broadcasts without missing any of them. It’s a program that I frequently watched, and it became connected with my life, since I was spending 70 percent of my time parenting and 30 percent making music. I thought that it fit well with my life, so I decided to [join the show].” 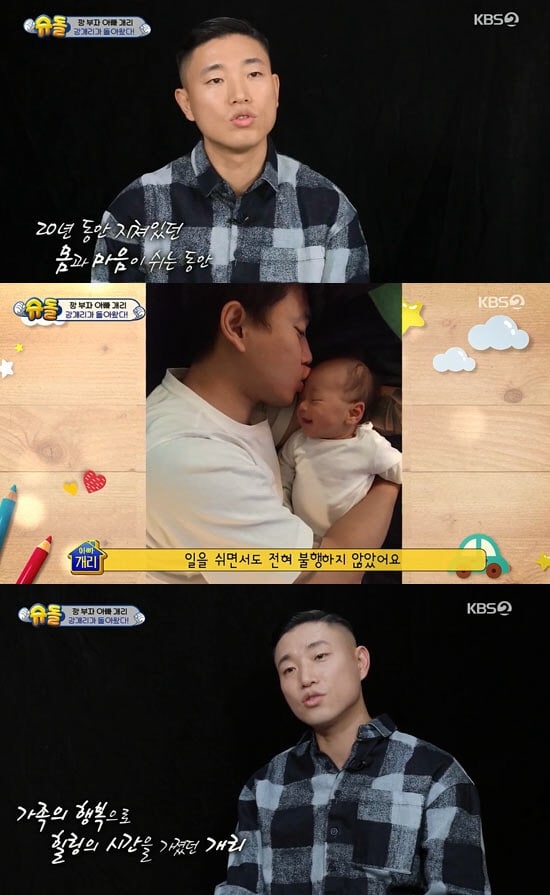 He continued, “From a long time ago, I’d been planning not to having a wedding ceremony if I got married. My wife had the same idea, so we decided not to have a ceremony and to instead just get a marriage license and live happily together. I would’ve agreed to a wedding if my wife had wanted one, but both of us agreed that the two of us were more important than a ceremony. She accepted and understood me without any problems, and I felt so grateful and sorry about it at the same time.” 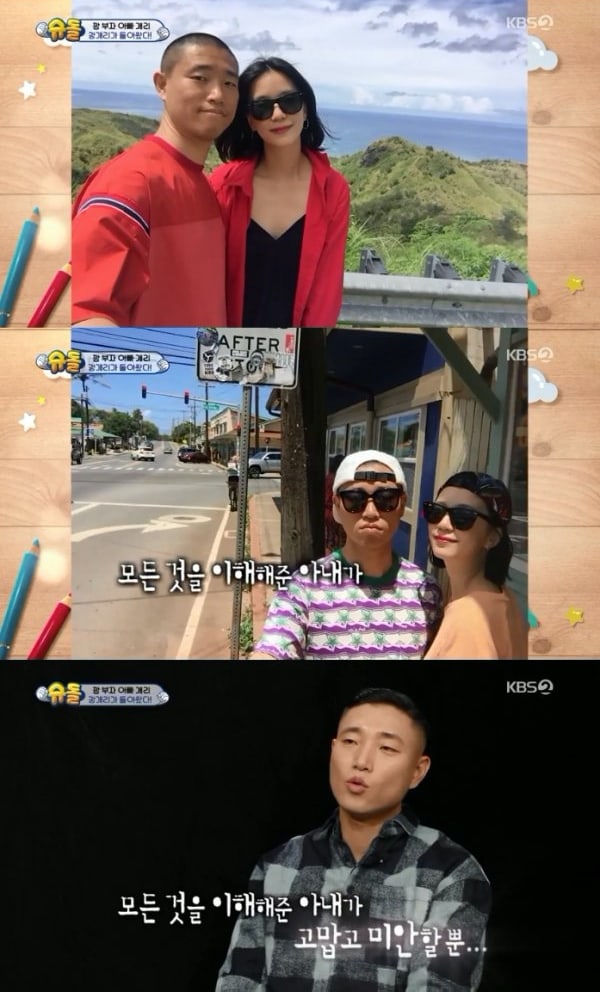 For his first appearance on the show, Hao started his morning by shouting “KBS” in bed. He then went around to all of the cameras in his home to say “Good morning.” Hao also showed curiosity in the cameramen, referred to staff members by their titles such as “director” or “writer,” and surprised them with his high-level vocabulary by knowing words like “[phone] mount.”

Hao showed off his mature side by not crying when he fell over his toys, but burst into tears when his mom left the apartment so the father-son duo could spend the day together. He then correctly recited all 11 digits of his mom’s cell phone number and calmed down when Gary gave him a banana.

Taking after his musician father, Hao enjoyed playing the ukulele, which he adorably referred to as a guitar. Gary explained in an interview, “He likes to sing while playing the guitar. Once, when we were visiting his maternal grandfather’s house, there was a guitar there, and the TV happened to be showing a program where a band was performing. After seeing that, he pretended to play the guitar for a whole month.”

Hao then asked his father to play Stevie Wonder’s “Isn’t She Lovely” and sang along to the words. After spotting the cameras filming him, he asked, “Are they taking photos of me?” before doing a cute pose.

Gary joked, “Don’t do it. You look ugly,” which made Hao look upset. To lift his spirits, Gary quickly asked if he wanted to watch his favorite guitar teacher on YouTube. Watching the video, Hao sang along and pointed out the correct notes for the song.

Hao loves ladder trucks, and in order to indulge his son, Gary visited realtor offices beforehand to find out when moving trucks would be in his neighborhood.

Thanks to his research, Hao was able to watch a moving truck at work. After watching for some time, he and Gary walked over to a snack cart to purchase dumplings and steamed corn for the movers. Hao handed the food to an employee and told him, “Please sit down and eat. Please eat a lot.”

The father-duo continued their adventure by going to a Chinese restaurant. Hao then called the staff members filming him, adorably asking them to sit down and eat together with them.

Gary asked how to say “hello” in various languages, and Hao showcased his multilingual skills by using Vietnamese and Hawaiian.

In contrast to his confidence earlier in the day, Hao burst into tears when he heard his mother’s voice over the phone that night at home. Singing his feelings, Hao sang Kim Bum Soo’s “I Miss You” as he wiped away his tears. Gary held him in his arms and comforted his son.

He then asked his father to take a picture of him and smiled for the camera. Hao fell asleep and Gary successfully completed his first day of filming with Hao.

After Hao had gone to sleep, Gary called his wife again and shared his thoughts on his day. “It’s no joke doing this alone,” he said. “You need four eyes and four arms. It’s no joke. I’m not used to this. I need you. I’ll call you as soon as I get up tomorrow, so don’t worry.”

The Return of Superman
Gary
How does this article make you feel?