GFRIEND Talks About Preparing For Their Comeback, Reactions To “Crossroads,” And More

On February 3, GFRIEND held a V Live broadcast of their showcase for their new album “回:LABYRINTH.”

Kim Shin Young congratulated them on their comeback and said, “I heard the atmosphere at your fan meeting was really good. Has anything changed between now and then?”

Yuju said, “Our youngest member, Umji, wrote surprise letters for everyone today and handed them out. Eunha was so moved that she cried.” Umji said, “She didn’t even finish reading it before crying.” Eunha said, “It said ‘I love you’ and I was really touched. It was an unexpected letter.” 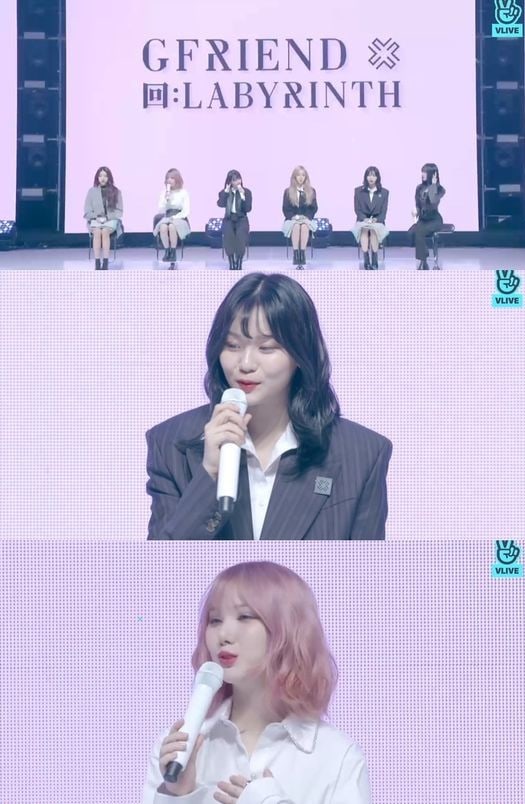 Talking about their new album, Sowon explained, “It’s an album that tells the story of a young girl who is growing up into adulthood and has to make a choice about her future. It contains our complicated feelings about what kind of stories we want to tell as we leave our innocent days behind.”

Kim Shin Young mentioned that the new album was performing well on music charts and that the reaction was very positive. Umji said, “My eye was caught by comments that said [the album] was crazy powerful. It made me feel confident.” Eunha said, “My older brother said that he liked the album. I haven’t had time to read his message properly or reply” and sent him a heart gesture on broadcast instead.

Kim Shin Young mentioned the choreography and said, “In terms of details and composition, it is a performance that only GFRIEND can do.”

Eunha said, “I really wanted to portray the feeling of ‘crossroads’ to fit with the concept. I went with a more ‘tough’ hairstyle and changed the dye color every day. Tomorrow, I think it will be a lighter pink.”

Sowon said, “I didn’t really change much. I had no idea that I would try red hair at first. I bleached my hair a lot, so no matter what color I tried, it came out looking yellow. So I tried red hair. The concept director said that they wished the dye would fade faster.”

SinB said, “We didn’t spend as much time on the performance as people would think. I think we practiced about a week and a half.” 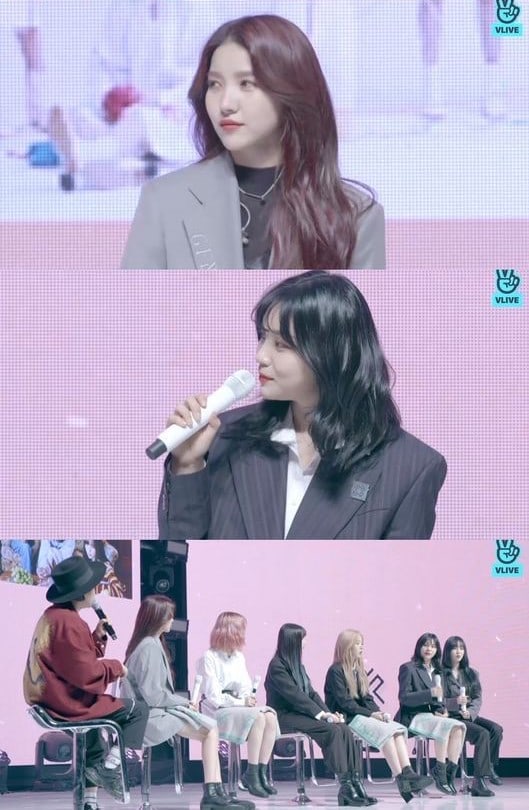 About their title track, “Crossroads,” Yuju said, “It’s a song that you like better the more you listen to it. There are certain foods that come on strong at first but gets better when you keep eating it. The song is like that.”

SinB said, “When I first heard it, I wanted to hear it again.” Eunha added, “When you listen to it, there are a lot of little details that you notice. A lot of work went into the arrangement so you can hear our message in not just the lyrics but also in the arrangement.”

Sowon said, “The beat under the song is subdivided. You might not hear it at first, but once you start hearing it, you’re drawn into the song even more.” Umji said, “If you focus on the song while listening, you end up taking a deep breath afterwards.”