The video starts off with Lee Sung Kyung, Ahn Hyo Seop, and Yoon Na Moo filming the scene where her character is brought to the emergency room because of a neck wound. When filming pauses, Yoon Na Moo admits, “I don’t know what to do. You two are holding hands, and I’m just…” causing Ahn Hyo Seop to burst into laughter.

In the next scene, Ahn Hyo Seop has to sew Lee Sung Kyung’s neck wound that was created by special makeup. Lee Sung Kyung is smiling, but she confesses, “I’m a bit worried since it’s really done on my neck.” The director asks, “You feel uneasy, don’t you?” and both actors react with laughter. Fortunately, the scene is completed successfully thanks to Ahn Hyo Seop’s endless practicing. 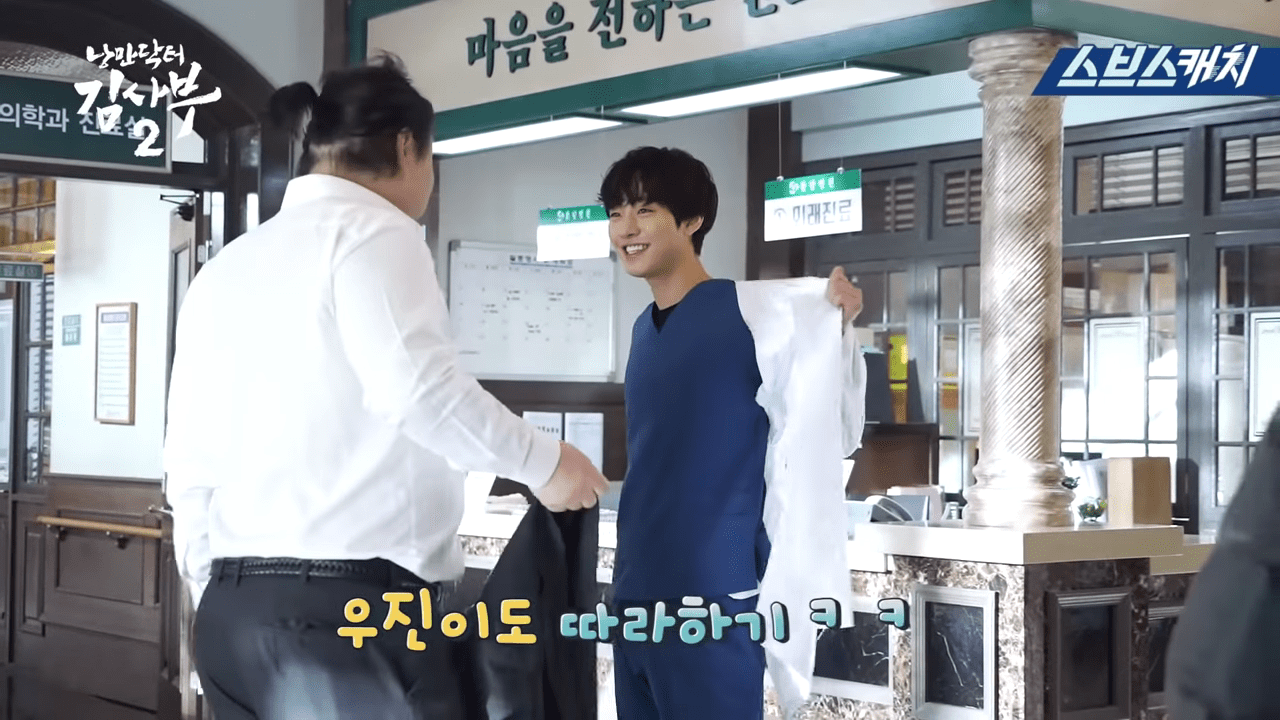 Furthermore, the actors who play the staff of Dol Dam Hospital gather to film the scene where they defeat the loan shark together. Once the comical scene finishes filming, the cast bursts into laughter and applauds the performance of actress Jin Kyung who plays the warm and righteous Nurse Oh Myung Sim.