LOONA Shares Goals For “So What” Comeback, How Haseul Helps During Her Hiatus, And More

LOONA shared their goals for this comeback and more!

On February 5, LOONA made a return with their new mini album “#” featuring the title track “So What.” At a comeback showcase in Seoul, they talked about making their return about a year after the release of repackaged album “[X X]” last February.

Heejin said, “I’m very nervous about making our first comeback in a year. I want to show a cool performance.”

Jinsoul said about their new album, “It has songs of very diverse genres. The title track is powerful, but there are upbeat and lovely songs too.” She explained that she’d had fun switching back and forth between the different concepts while recording.

Go Won said, “There’s an intro song titled ‘#’ like our album name. You could think of it as the start of our performance.”

Through the album, LOONA expresses “To all LOONAs around the world” that they shouldn’t be afraid of new challenges and the should get up and passionately take on a challenge. Yves describes this as not only the message to all the LOONAs around the world but also the group’s goal while working on the album. Kim Lip shared, “‘Burn’ is a really important keyword for this album. I hope you’ll look forward to our fierce appearance.”

Yves described their title track “So What” as maximizing their “girl crush” qualities. On the topic of taking on a new concept, Olivia Hye said, “Before we promoted as a full group, we were promoting as soloists and in units. We showed a different charming quality each time. We worked hard to express a new concept and we helped each other.” 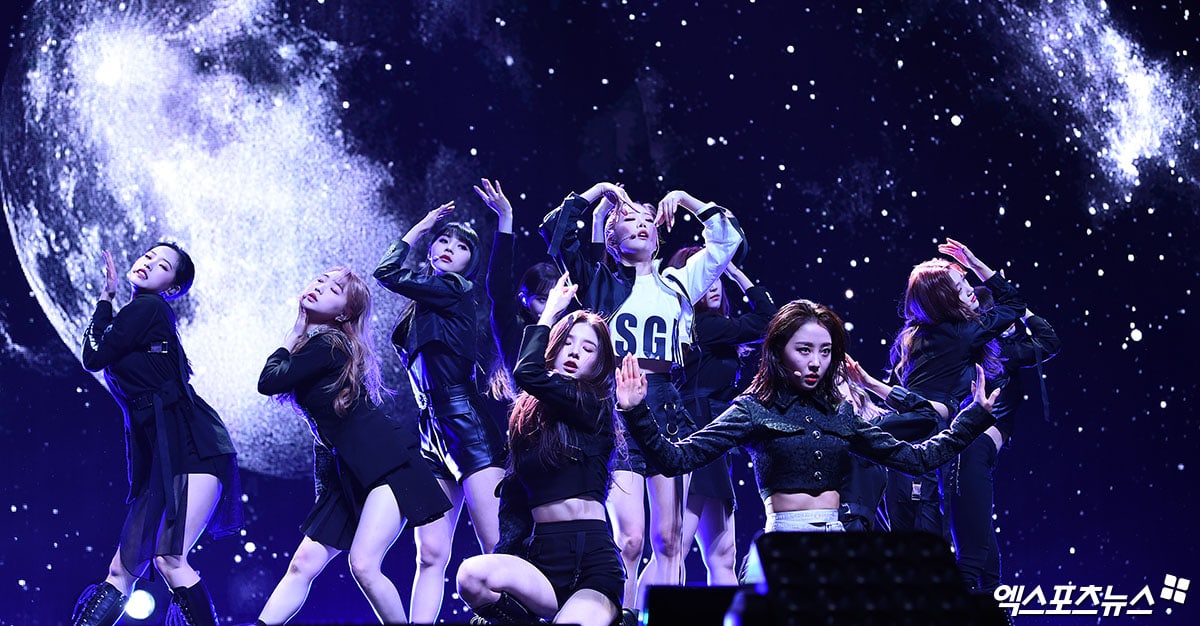 Last December, LOONA’s single “365” reached No. 1 on Billboard’s World Digital Song Sales chart. Hyunjin said, “I couldn’t believe it. I want to meet our international fans as an even greater LOONA in the future.”

Member Haseul is currently unable to promote with the group due to health issues. LOONA said, “We’re keeping in touch with Haseul. We share videos of our choreography and she gives us feedback. Although Haseul unfortunately can’t promote with us this time, we hope that you’ll remember the fact that LOONA is always 12 members.”

Lastly, the group talked about their goals for this comeback. Chuu said, “If we achieve the goals we’re hoping for with this comeback, we’re planning an overseas tour too.”

Heejin said, “I want us to enter Billboard’s main chart. It’s also a goal of ours to come in first on a music show. We’ve prepared a lot, so please look forward to it.”

Kim Lip added, “We’ve worked really hard during our preparations. We’re going to light the stage on fire with our passion. Please watch over our upcoming promotions.”

Watch LOONA’s MV for “So What” here!

LOONA
XPN
How does this article make you feel?