NewsAde shared their insight into the top rising stars of this year!

Having shown their unlimited potential for growth in 2019, below are five stars who are expected to make an even greater impression in 2020! 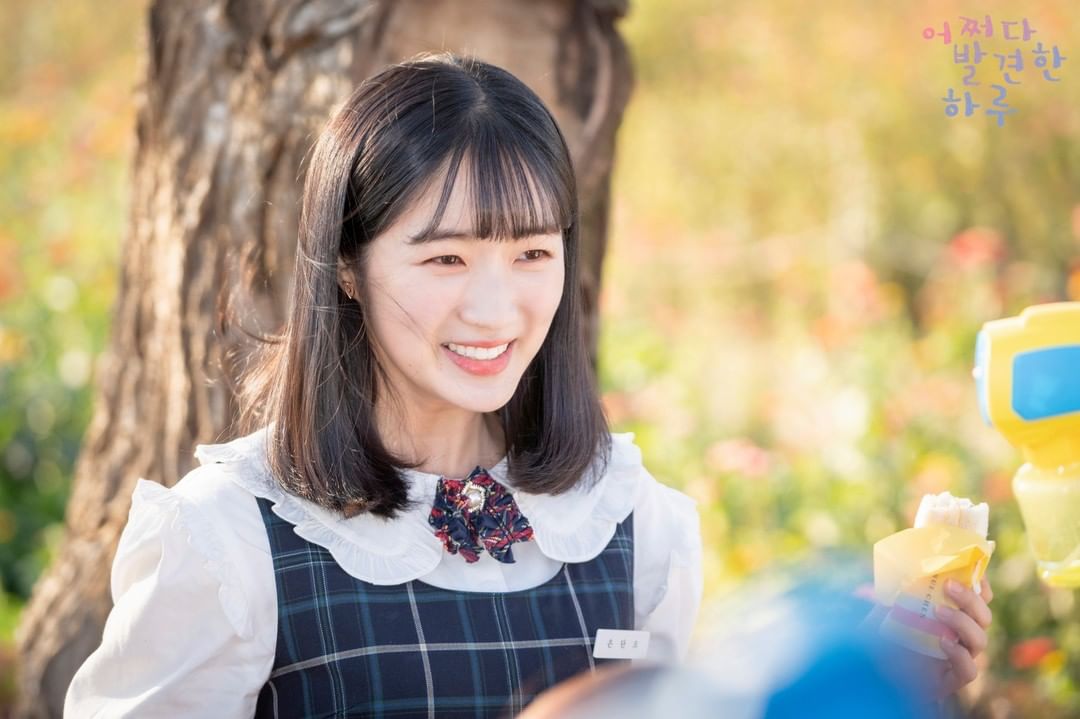 Last year, Kim Hye Yoon showcased two contrasting charms with her role in “SKY Castle” and “Extraordinary You,” transforming flawlessly from one role to another despite the strong impression she gave off in “SKY Castle.” As a talented actress, Kim Hye Yoon was able to perfectly portray diverse personalities and emotions.

2019 became Kim Hye Yoon’s year as she was awarded Best New Actress and the Excellence Award for an Actress in a Wednesday-Thursday Drama at the 2019 MBC Drama Awards.

A source from her agency shared, “She already does well, but it’s impossible to guess her potential for development in the future,” while calling her a treasure. Another source shared, “She is receiving offers for projects ranging from diverse genres to characters. Although she hasn’t decided her next project, we are trying to select a project that will showcase Hye Yoon’s diverse sides through her acting.” 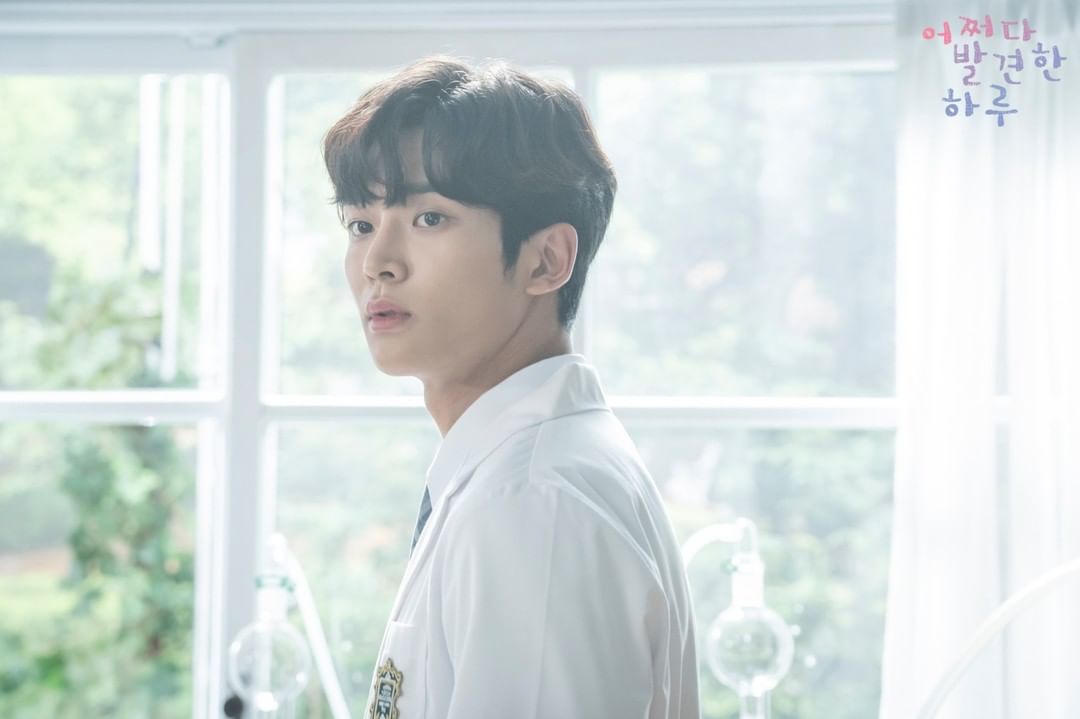 Rowoon made his debut with SF9 in 2016 following six years of training, finally being able to display his singing abilities and charismatic voice through group promotions.

Starting with SF9’s web drama “Click Your Heart,” Rowoon built his acting experience by starring in numerous projects including “School 2017,” “Modulove,” “About Time,” and “Where Stars Land.” In particular, Rowoon’s role as Ha Roo in MBC’s “Extraordinary You” left a deep impression on viewers as they discovered his endless charms. He was awarded Best New Actor at the 2019 MBC Drama Awards for his performance.

A source from his agency praised Rowoon by saying that his acting skills were the result of hard work rather than natural talent. They shared, “He always has a modest mindset, and he continuously studies and ponders over his character. He’s very earnest.” Another source asked the viewers, “Please look forward to Rowoon’s growth in 2020,” adding that he would be promoting in various activities in the upcoming future.

Watch Rowoon in “Where Stars Land” below! 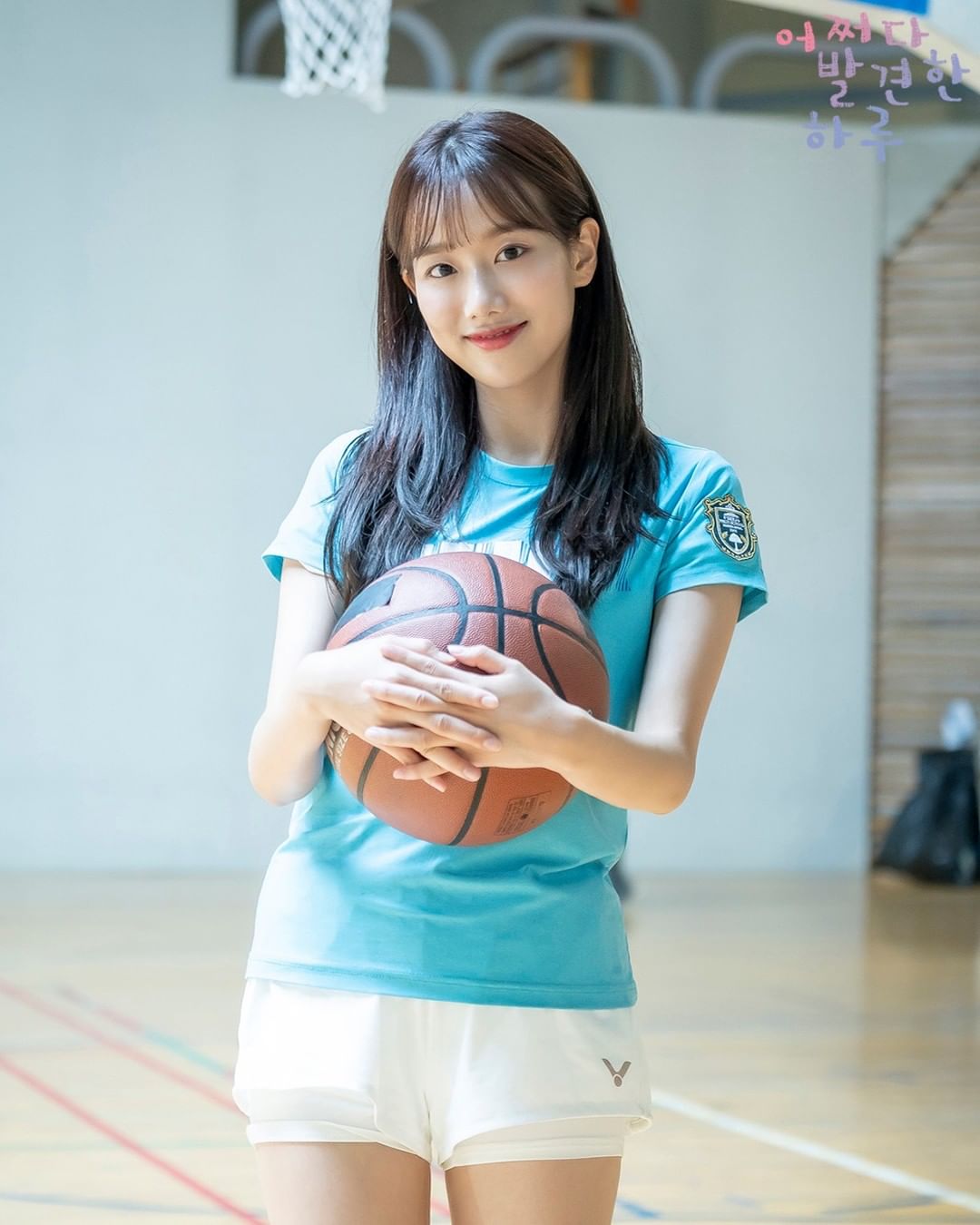 After debuting as a member of APRIL in 2015, Naeun has been busy promoting on various platforms as an idol, actress, and MC through the web drama “A-TEEN 2,” tvN’s “High School Lunch Cook-off,” SBS’s “King of Hip Hop,” and “Inkigayo.”

Above all, her performance in “Extraordinary You” also allowed her to showcase her potential to the public with her character Yeo Joo Da, the heroine of a manhwa (Korean comic) who was involved in a love triangle with Oh Nam Joo (Kim Young Dae) and Lee Do Hwa (Jung Gun Joo). Viewers praised her for her memorable roles as Kim Ha Na from “A-TEEN” and Yeo Joo Da from “Extraordinary You.”

A source from her agency praised her by saying, “She always does more than her part,” explaining that she was able to showcase a diverse side of her through her performance, acting, and role as an MC while still giving off her trademark energy. Another variety program PD (producing director) added, “Naeun has a good knack for variety. She gets along well with the other cast members and knows how to set the mood.” Finally, another source shared plans for APRIL’s comeback as well as Naeun’s plan to return with another acting project sometime in 2020. 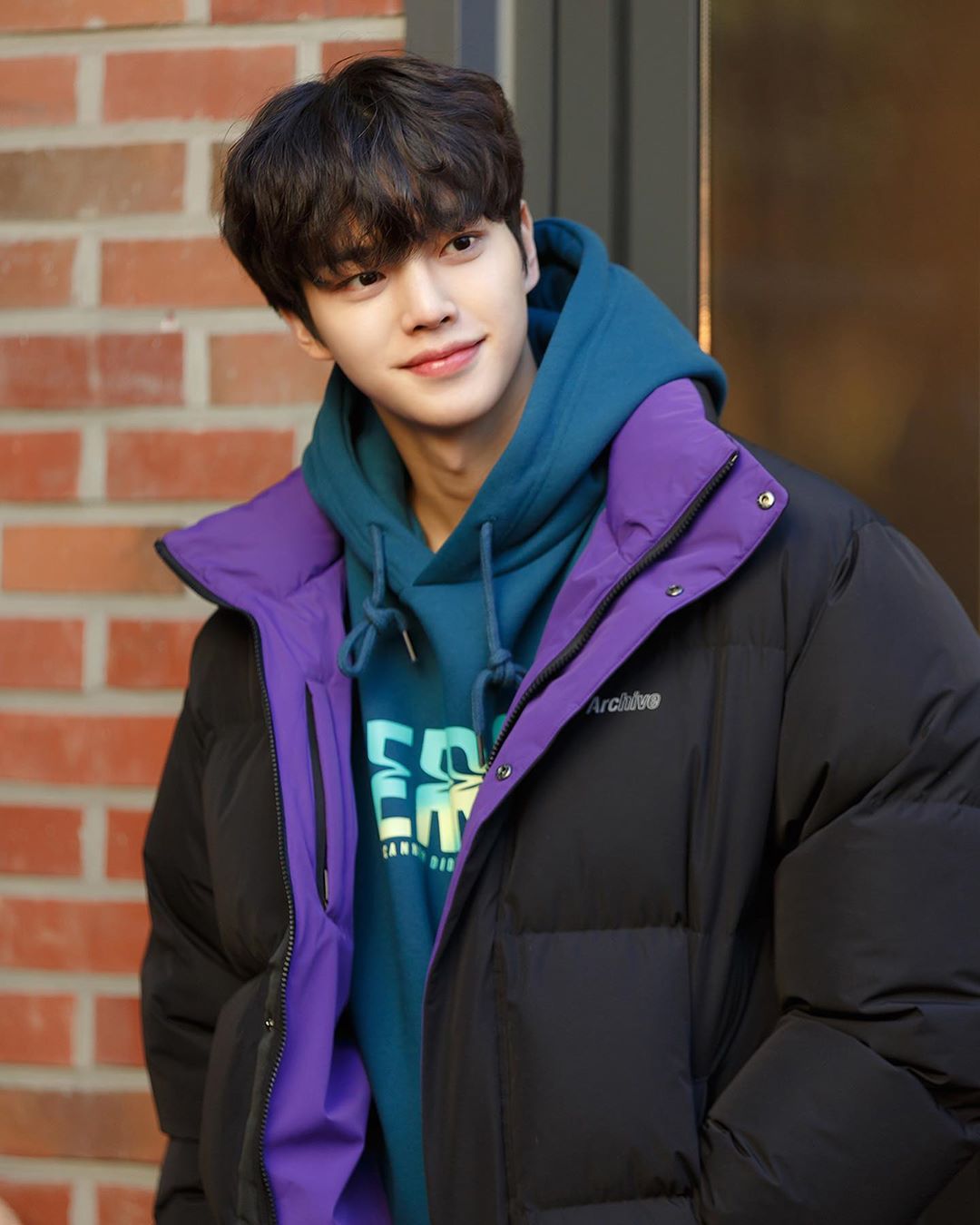 As an actor who’s starred in multiple dramas based on webtoons, actor Song Kang has been praised for looking like a character straight out of a comic. After making his debut in 2017 with “The Liar and His Lover,” he’s partaken in numerous projects including “Man Who Sets the Table,” “When the Devil Calls Your Name,” web drama “Beautiful Vampire,” and Netflix original drama “Love Alarm.” He was also the MC for SBS’s “Inkigayo.”

A source from his agency shared that many people praised Song Kang for his visuals. They added, “I think Song Kang’s real charm is his innocence, earnest attitude, and honesty,” saying that he works hard to fill the parts he’s lacking in after hearing feedback on his acting, no matter how long it takes.

Currently, Song Kang is filming for “Sweet Home.” He will be taking on the role of Cha Hyun Soo, a high school student who loses his family and experiences terrifying situations when he moves away to a different apartment. He’s a loner, but he comes out into the world in order to save people.

Watch Song Kang in “When the Devil Calls Your Name” below! 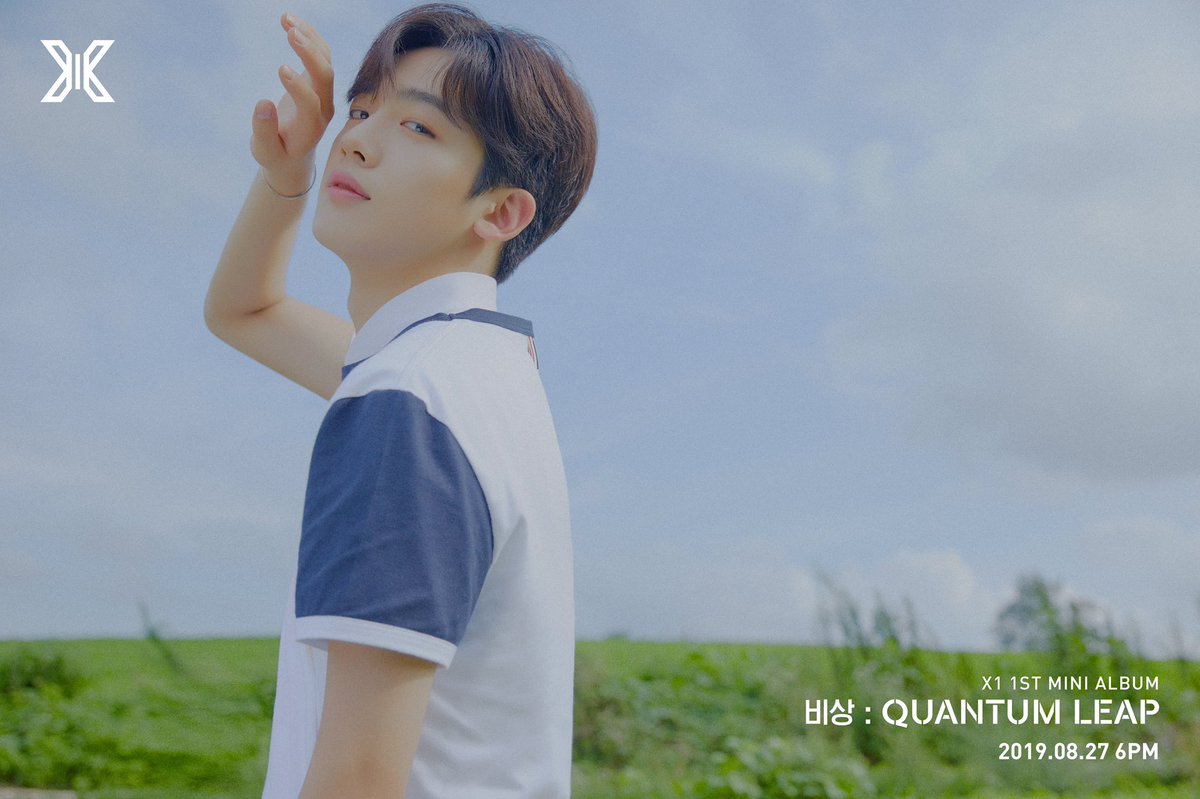 As a talented entertainer, it took Kim Yo Han less than a year to land a lead role for the upcoming drama “School 2020” since becoming an idol trainee. Kim Yo Han placed No, 1 on Mnet’s “Produce X 101” by showcasing his growth through each episode despite his short training period.

In “School 2020,” Kim Yo Han will star as the role of Kim Tae Jin, a former taekwondo athlete who won a bronze medal as a junior representative in the Korean National Sports Festival. After a severe ankle injury and the failure of his father’s business, he quits taekwondo and transfers to a vocational high school. Although he speaks and acts like a grown adult, he is an innocent high school student who does not know what to do when with the girl he likes. Although this will be his first time acting, viewers are already highly anticipating his performance.

A source form Kim Yo Han’s agency shared, “Yo Han is like drawing paper. You can draw whatever you can on it,” adding that the idol had many talents including athletic abilities that allowed him to be good at dancing as well as singing skills. Another source praised Kim Yo Han for having fast learning skills, explaining, “He learns three things if you teach him one thing.” Although he has no set plans for him in 2020 except to wrap up “School 2020” well, he is studying acting, singing, and dancing while contemplating his future direction.

Which celebrity are you looking forward to in 2020?

Watch Kim Hye Yoon, Rowoon, and Naeun in “Extraordinary You” below!