MBC drama “The Game: Towards Zero” has revealed stills of the suspenseful reunion between 2PM’s Taecyeon, Lee Yeon Hee, and Im Joo Hwan.

The mystery thriller stars 2PM’s Taecyeon as Kim Tae Pyung, a man with the supernatural ability to see other people’s deaths when he looks into their eyes. Together with detective Seo Joon Young (played by Lee Yeon Hee), he sets out on a quest to uncover the hidden truth behind a murder that took place 20 years ago. Im Joo Hwan plays forensic medical examiner Goo Do Kyung.

The latest episodes grabbed the attention of viewers by revealing everything from the three characters’ first meeting to their reunion 20 years later. The ending scene showed that the only reason why Kim Tae Pyung could not see Seo Joon Young’s death was because he was going to be the cause of her death.

The new stills capture their tense reunion after 20 years. Until this moment, they had never come face-to-face before. This is also the scene where Kim Tae Pyung and Seo Joon Young arrest Goo Do Kyung as a suspect in a murder case.

In the photos, Kim Tae Pyung and Goo Do Kyung share fierce eye contact. Kim Tae Pyung furiously grabs him by the collar, but Goo Do Kyung looks very calm and even has a hint of amusement in his eyes. Seo Joon Young stands in the room with an uneasy expression. 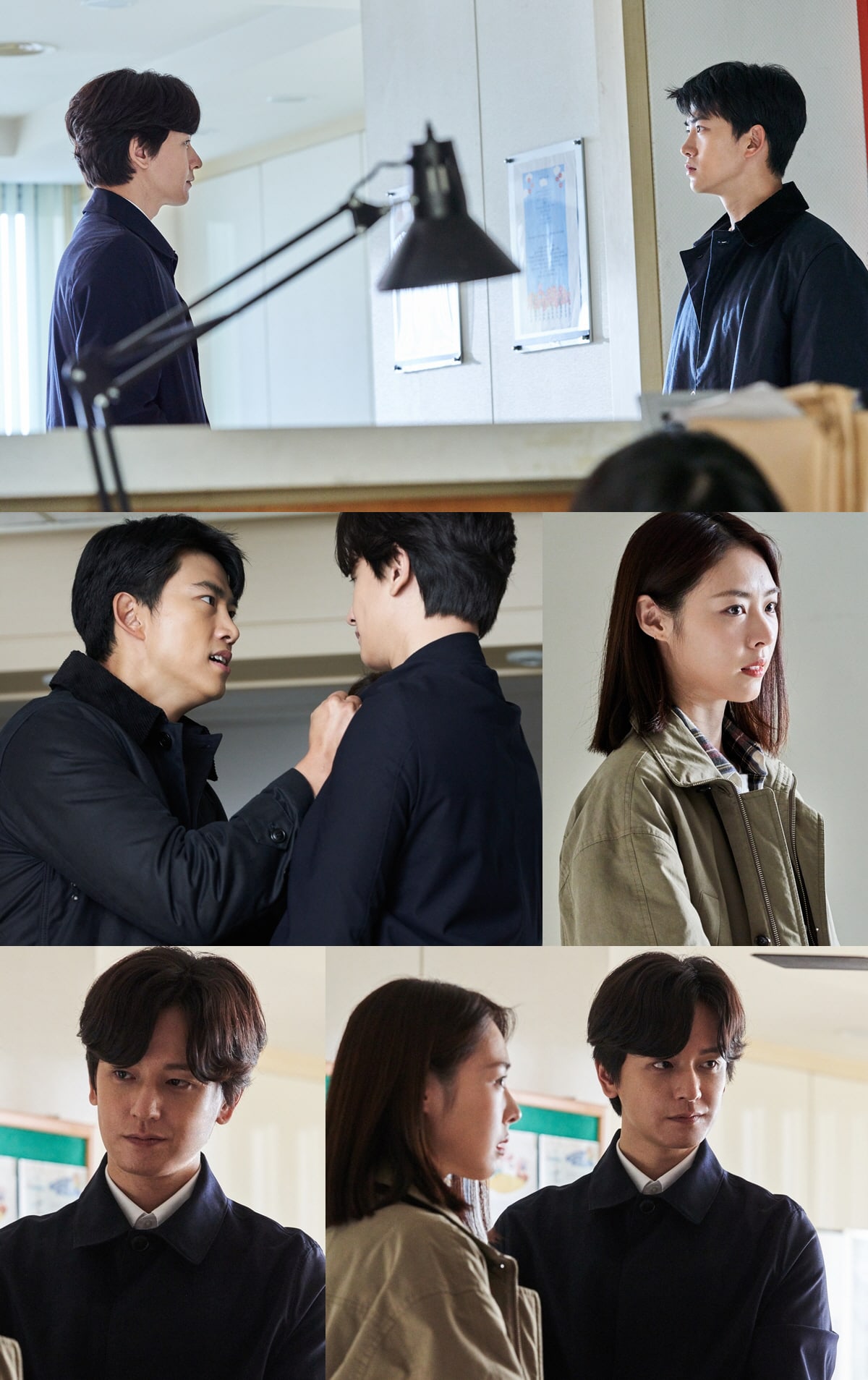 In particular, in the future Kim Tae Pyung saw, Goo Do Kyung took his own life while holding Kim Tae Pyung hostage and being surrounded by the police, and this vision of the future remained unchanged even after 20 years. Right before he dies, Goo Do Kyung tells Kim Tae Pyung, “You’ll never be able to find Seo Joon Young.” This further raises viewers’ expectations of what changes will occur in their relationship as well as the events that will happen in the future.