The mystery thriller film “Intruder” (working title) has shared a glimpse of its story through 10 stills!

The movie stars Song Ji Hyo and Kim Moo Yeol, and it tells the story of what happens when a woman named Yoojin (Song Ji Hyo) returns home after going missing 25 years ago. As their family gradually begins to change after her return, her older brother Seojin (Kim Moo Yeol) grows suspicious and seeks to uncover his sister’s secret, which leads him to a shocking truth.

The new photos capture the chilling and intense atmosphere one might expect from a mystery thriller, and they also highlight the acting skills of Song Ji Hyo and Kim Moo Yeol as their characters go head to head. 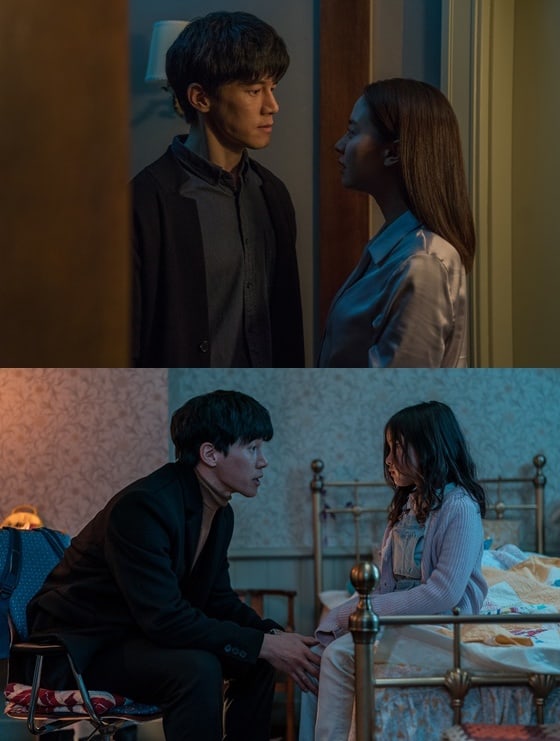 Yoojin is seen gradually taking reign of the once peaceful home, inserting herself into the family’s lives through actions such as taking care of Seojin’s only daughter Yena. 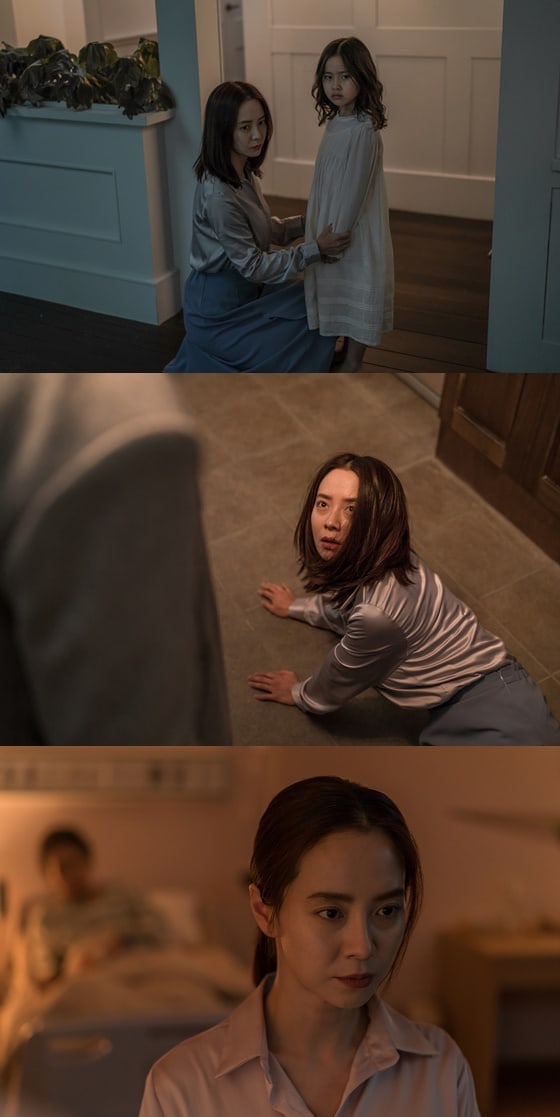 Although Yoojin appears calm and controlled in many shots, a photo shows her looking terrified as she’s backed up against a pillar in a parking lot by a strange man. 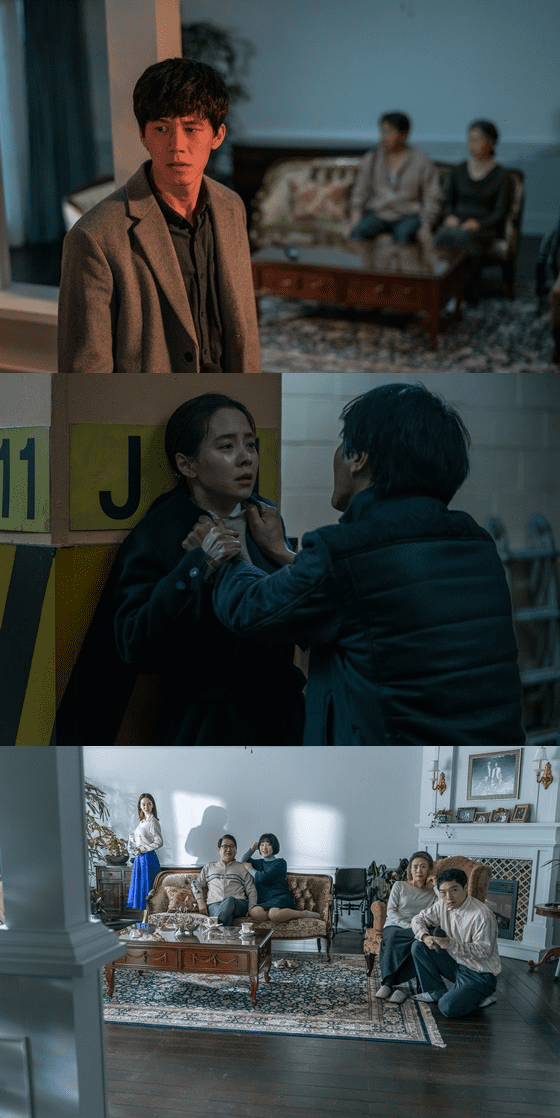 Further photos show Kim Moo Yeol looking desperate as he runs through a forest and seemingly searches a merry-go-round. 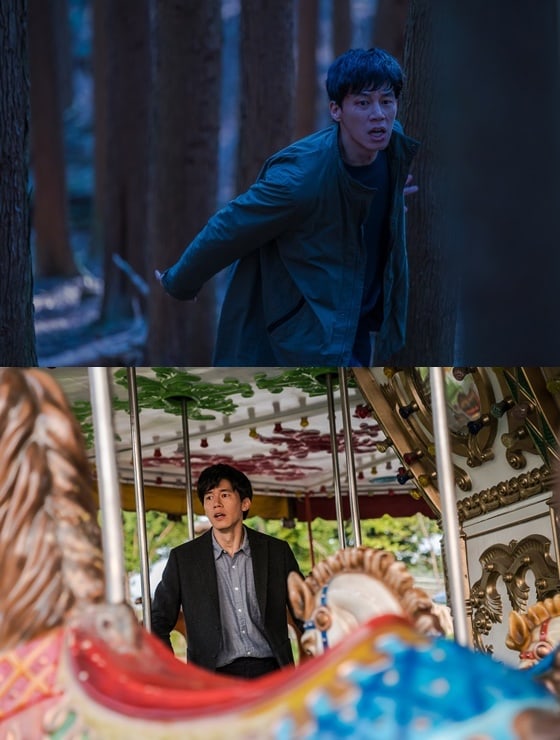 “Intruder” will hit theaters in Korea in March.

Song Ji Hyo
Kim Moo Yeol
How does this article make you feel?