Watch: Apink’s Yoon Bomi Is Surprised And Brought To Tears When Her Brother Performs On “I Can See Your Voice”

Apink’s Yoon Bomi got a big shock on “I Can See Your Voice” when her brother made a surprise appearance!

The Mnet program features contestants taking to the stage to perform, with a big difference from a usual competition show: a panel of guests must judge whether the contestants are truly “good” singers that are performing live or “bad” singers who are lip syncing.

On the February 7 episode of the show, Apink appeared as guests and did their best to figure out the true identities of the mystery singers.

During one of the rounds, videos were played to try to prove the claimed identities of the contestants. Apink was shocked when Yoon Bomi’s brother Yoon Jong Jin suddenly appeared on screen to vouch for a contestant named Lee Yoon Jae. 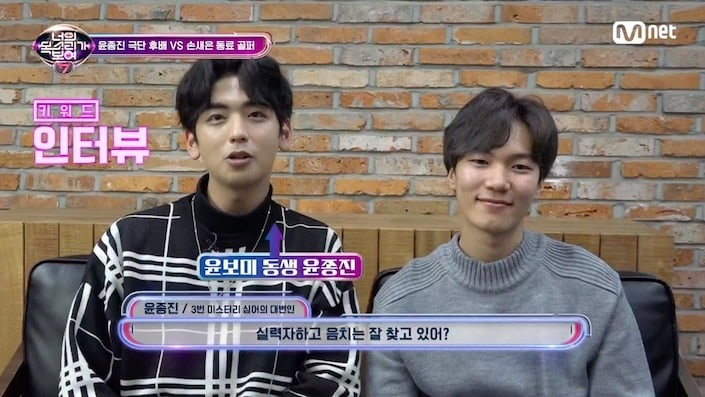 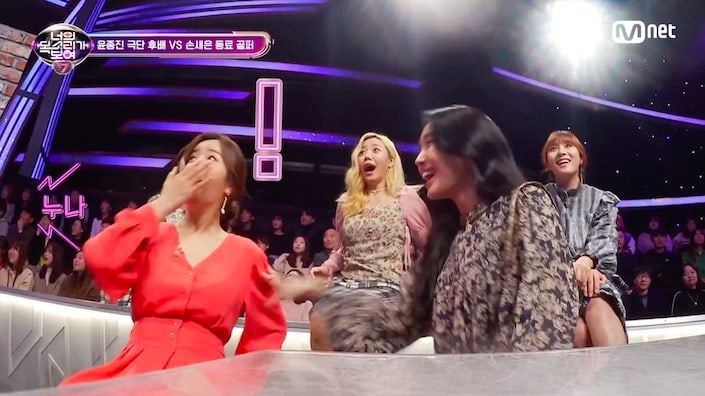 “Yoon Jae is my closest friend in my theater company,” he assured Yoon Bomi in the video. “When you came to my performance that time, you would have seen him then. He’s good at acting and really great at singing.” He added, “Lee Yoon Jae is recommended by Yoon Bomi’s brother Yoon Jong Jin as a truly talented singer!”

Yoon Bomi commented after watching, “That looked like the way Jong Jin behaves when he feels awkward, like he’s acting.” However, she said that this made her think that he was telling the truth. 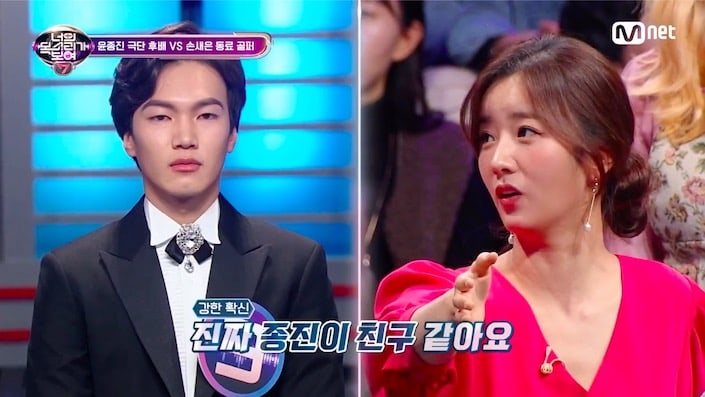 For his identity reveal, Lee Yoon Jae was to perform the famous song “This Is the Moment” from the musical “Jekyll & Hyde.”

Before he began, everyone jumped up in shock when they saw Yoon Bomi’s brother come on stage. Yoon Bomi pointed at her brother in surprise as he started to sing, laughing as she said, “What are you doing?!” 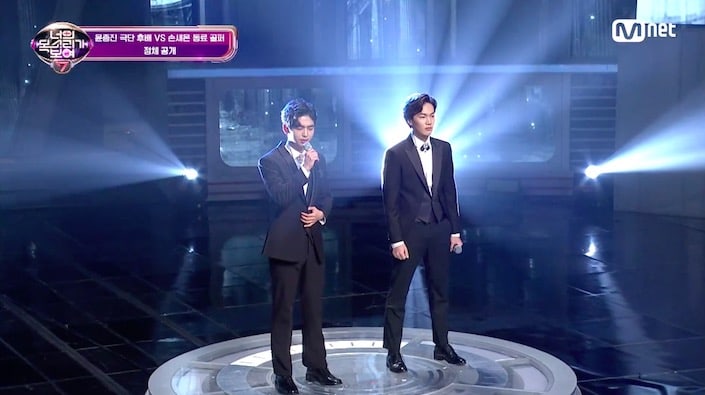 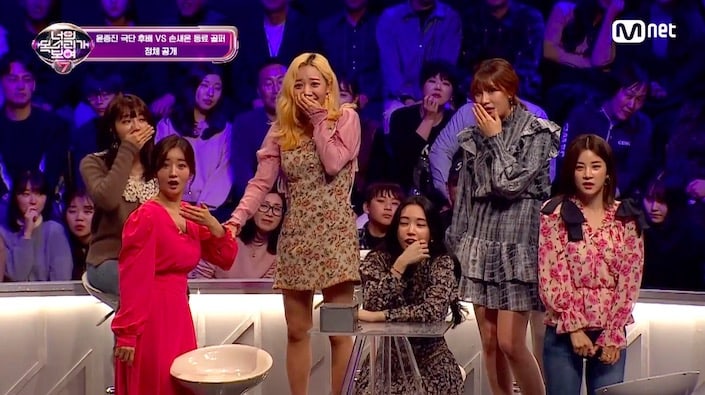 Yoon Jong Jin showed off his powerful vocals as a trained singer while he performed the first verse. Everyone waited with bated breath to find out if the contestant Lee Yoon Jae would be able to keep up the same level of performance when he sang himself.

When Lee Yoon Jae finally began to sing, he turned out to be a “bad singer,” leading to hilarious reactions from Apink. Yoon Jong Jin and Lee Yoon Jae even turned to each other for an entertaining duet with the two very different voices. 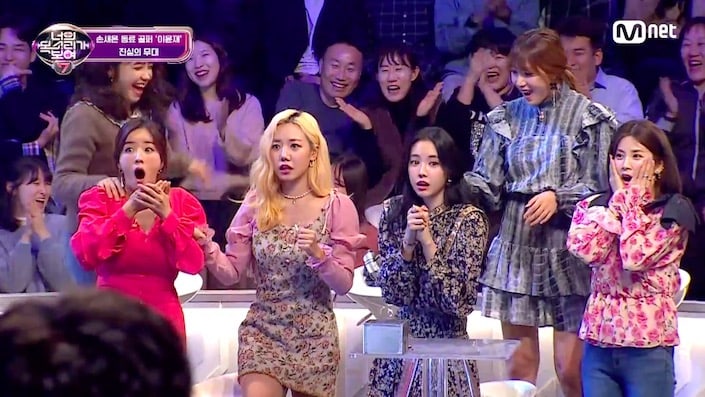 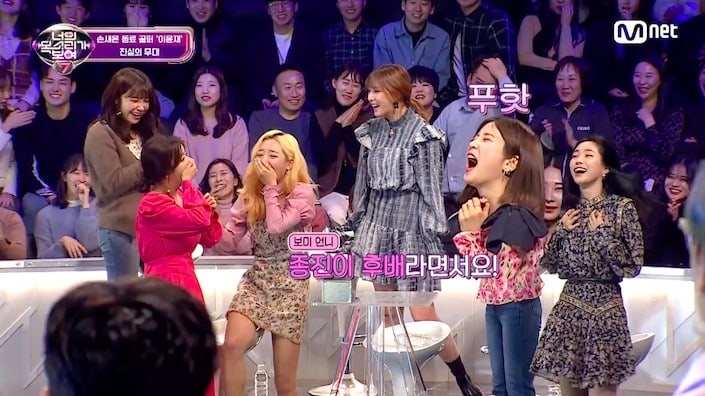 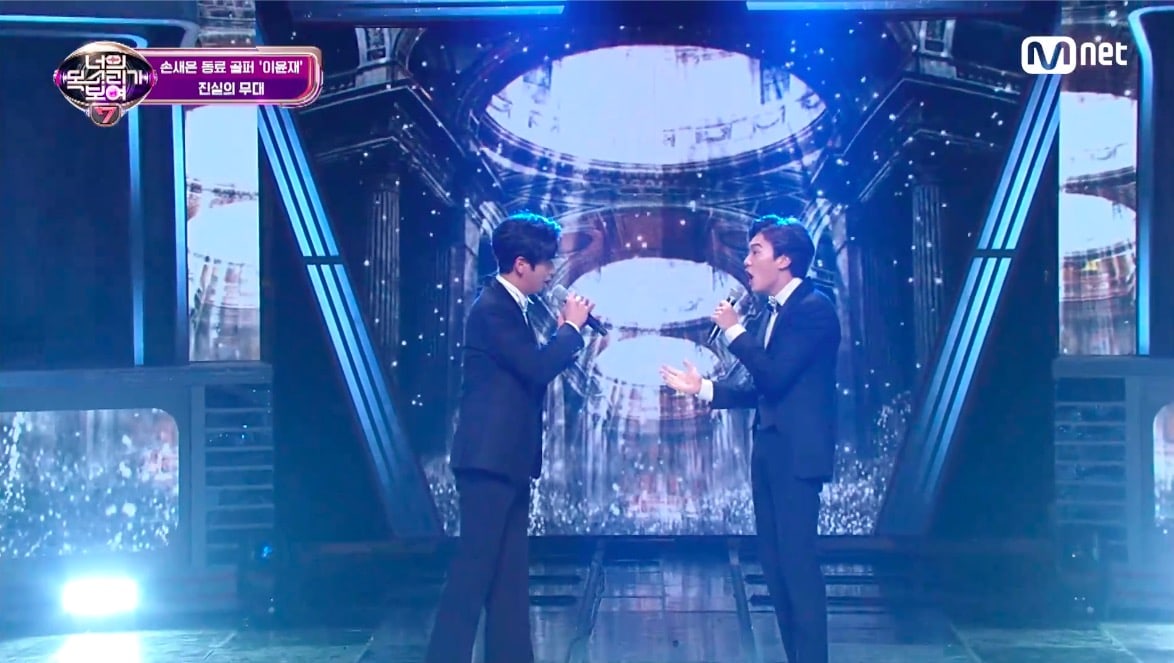 After the performance, the other guests praised Yoon Jong Jin for his skills, and he shared that he is currently preparing to be a musical actor. As Yoon Bomi recovered a bit from the shock of it all, she clapped for her brother and gave him two thumbs up. “He was so cool,” she said.

It was revealed that Yoon Bomi had really not known that he was going to be on the show, to the point that she’d even been told he would be working his part-time job at a convenience store that day.

“I’m so proud of him,” she said. “He was so cool. I’ve always seen how hard he practices. It’s been a shame that he hasn’t received the spotlight.”

In addition, one of contestant Lee Yoon Jae’s potential identities throughout the show had been a golfer who’s colleagues with Apink member Son Naeun’s pro golfer sister Son Sae Eun. Son Naeun was shocked to find that this was really true.

The hosts asked Yoon Jong Jin to say something to Yoon Bomi. He began by bringing up when he told her he was preparing to be an actor, and Jung Eun Ji recalled, “She was really worried.”

“I still haven’t had success, but thank you so much for supporting me a lot,” he said to Yoon Bomi. He expressed his love as well, and Yoon Bomi cried. 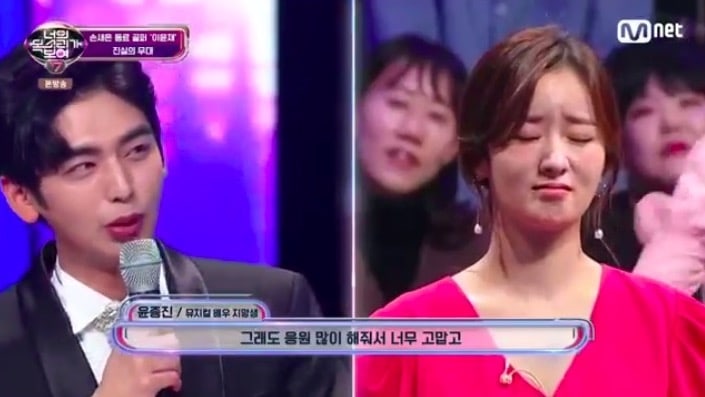 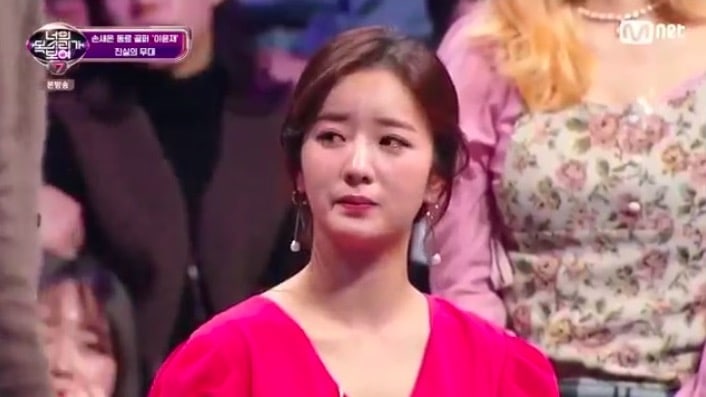 Apink
Yoon Bomi
Son Naeun
I Can See Your Voice 7
How does this article make you feel?