Watch: Park Hae Jin And Jo Bo Ah Are All Smiles During Their First Filming For “Forest”

The making-of video starts with the director laughing loudly at Park Hae Jin’s odd fashion. He has a dress shoe on his left foot and a slipper on his right foot. He’s wearing a hospital gown, but he has a blazer on, too. Despite the weird match-up, he confidently acts out his part of enjoying coffee in the hospital lobby. When the director calls cut, the staff members break into an applause at Park Hae Jin’s acting, and he makes an uncomfortable expression, feeling shy at the sudden attention.

In the next scene, Park Hae Jin and Jo Bo Ah prepare to film the scene where he blocks her path. The two actors playfully sway side-to-side as if they’re dancing. They also practice their lines together, and she can’t help but burst into laughter at his love for a pink mini-fan.

Later on, Park Hae Jin can be seen at the gym for his next scene. He comments, “The most boring scenes are at the gym. What am I even doing?” Yet, he gets into character and works out passionately, making the captions wonder if he really thinks gym scenes are boring. 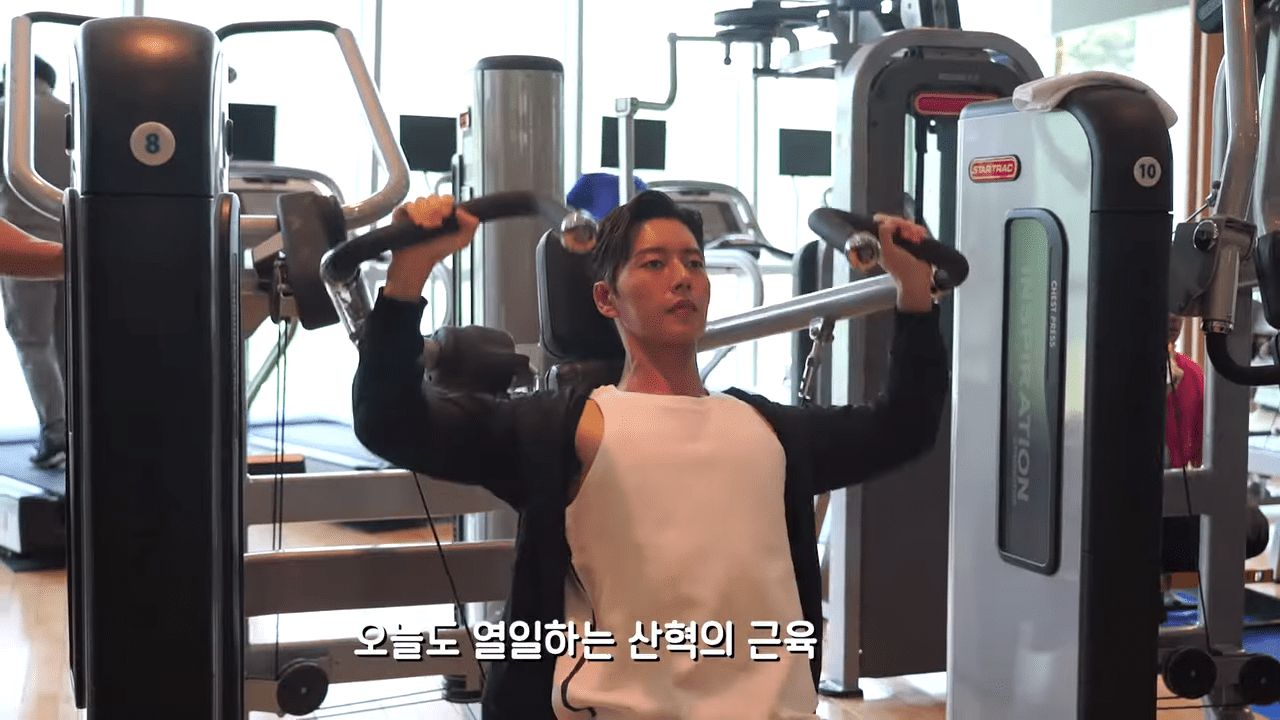 Lastly, the two actors participate in an interview about their first filming. Jo Bo Ah comments, “I came with anticipation and excitement, and I’m having a great time filming. I think the film set is filled with non-stop laughter. It’s fun.”

When asked if she did anything to prepare for her role, she reveals, “it’s my first time playing a doctor, and one of my childhood dreams was becoming a doctor. It was a role I wanted to try, so I was very excited for it. It’s such a professional job, so I visited the hospital to get some information and endlessly studied [medical things] on the internet. I am also filming while discussing a lot of things with the director.”

On the other hand, Park Hae Jin says, “The first filming was hectic, as always. In the middle of chaos, I took time to discuss with the director. I really like how the first scene came out.” Then he tells the viewers to enjoy their drama and be careful not to catch a cold.

Watch the behind-the-scenes clip below!