Choi Ji Woo made a memorable cameo appearance in “Crash Landing on You”!

On the February 8 episode of the series, Kim Joo Muk (played by Yoo Su Bin) finally met the Korean drama goddess of his dreams.

In “Crash Landing on You,” Kim Joo Muk is a North Korean soldier who is a huge fan of South Korean dramas. After watching her popular 2003 drama “Stairway to Heaven,” he is a fan of actress Choi Ji Woo in particular.

In the latest episode of the drama, Yoon Se Ri (played by Son Ye Jin) asked Kim Joo Muk to go out to run an errand, adding that he should dress up to look nice. When he arrived at the location given to him by Yoon Se Ri, he saw Choi Ji Woo sitting by the window. He rubbed his eyes in disbelief before tearing up at the sight of his favorite actress sitting before him. 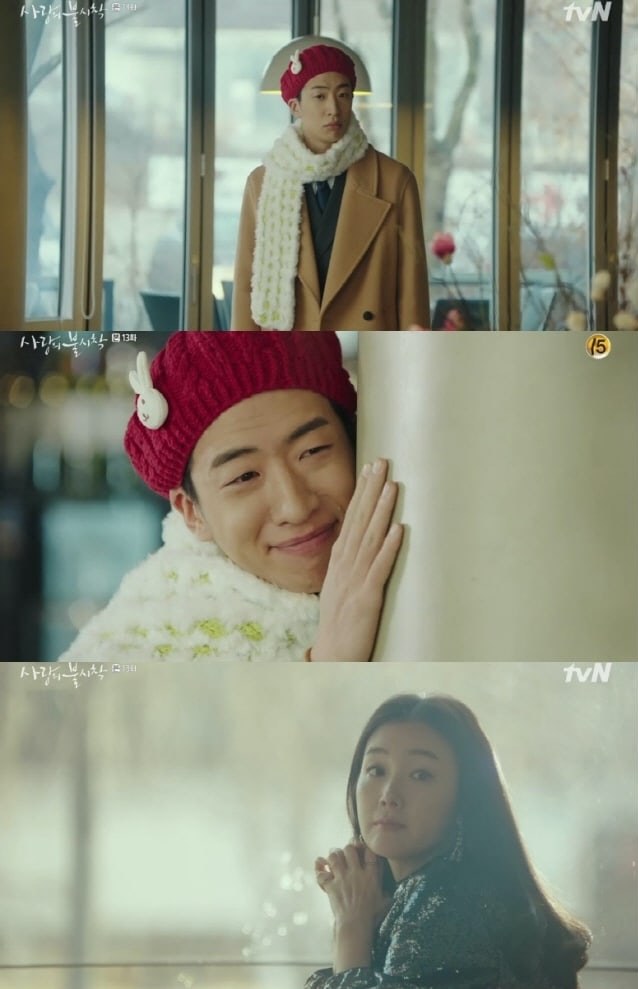 After Kim Joo Muk sat down across from her, Choi Ji Woo said, “Se Ri doesn’t usually ask for favors like this, but she begged me, saying that she would ask a favor just this once. She said that she has a few younger friends that she loves the most in this world and that you are one of them.”

She continued, “I heard that you came from really far away to see me. Thank you so much.” Hearing this, Kim Joo Muk tearfully replied, “No problem.” 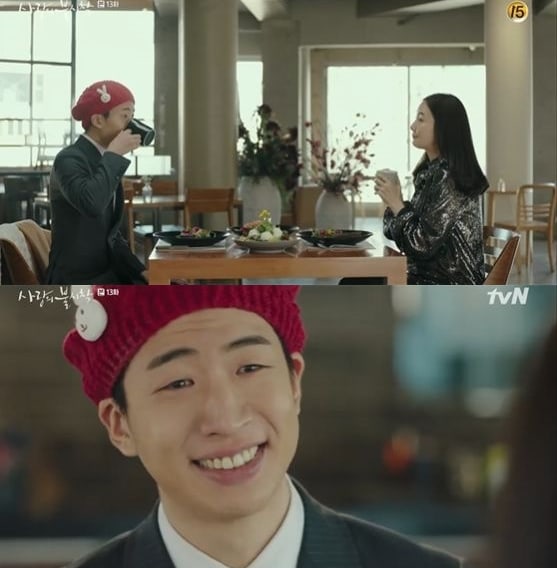 When she asked him if there was anything he wanted to tell her, Kim Joo Muk brought up a famous line from “Stairway to Heaven.” He began, “You said that people who love each other eventually meet, right? No matter how far you go…” and Choi Ji Woo quoted, “Love returns in the end.” Kim Joo Muk fervently nodded in agreement with tears in his eyes. “Yes, that’s right,” he said. “Love returns.”

Reenacting “Stairway to Heaven” star Kwon Sang Woo‘s iconic scene from the 2005 MBC drama “Sad Love Story,” Kim Joo Muk then lowered his beanie in front of his eyes to hide his tears before enjoying his date with his favorite actress. 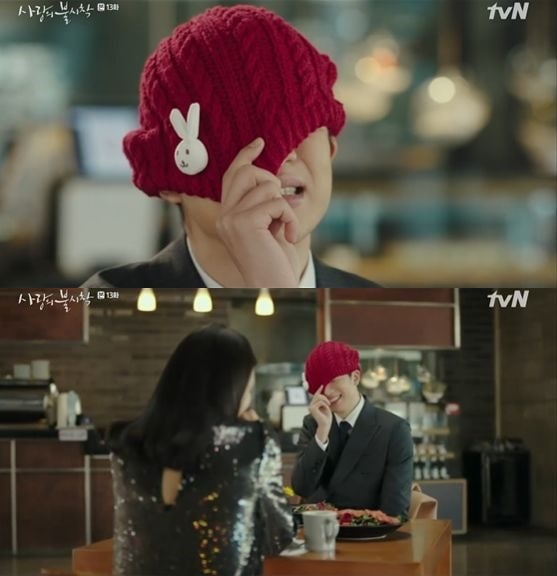 Choi Ji Woo got married in March 2018 to a non-celebrity working in the IT industry and is currently pregnant with her first child. She is due to give birth in May.