Kangnam has shared how his mom reacted when she first learned that he was dating Lee Sang Hwa!

On the February 8 episode of JTBC’s “Ask Us Anything,” the star asked the cast members to guess his mom’s initial reaction to the news of his relationship with Olympic speed skater Lee Sang Hwa, with whom he went on to tie the knot last October.

The couple met while filming the SBS variety show “Law of the Jungle,” and they first publicly confirmed their relationship in March of last year.

After several incorrect guesses, Kim Young Chul finally landed on the correct answer, which made everyone laugh: when Kangnam first told her that they were dating, his mom had replied with a shocked expression, “Lee Sang Hwa? Lee Sang Hwa must be crazy.” 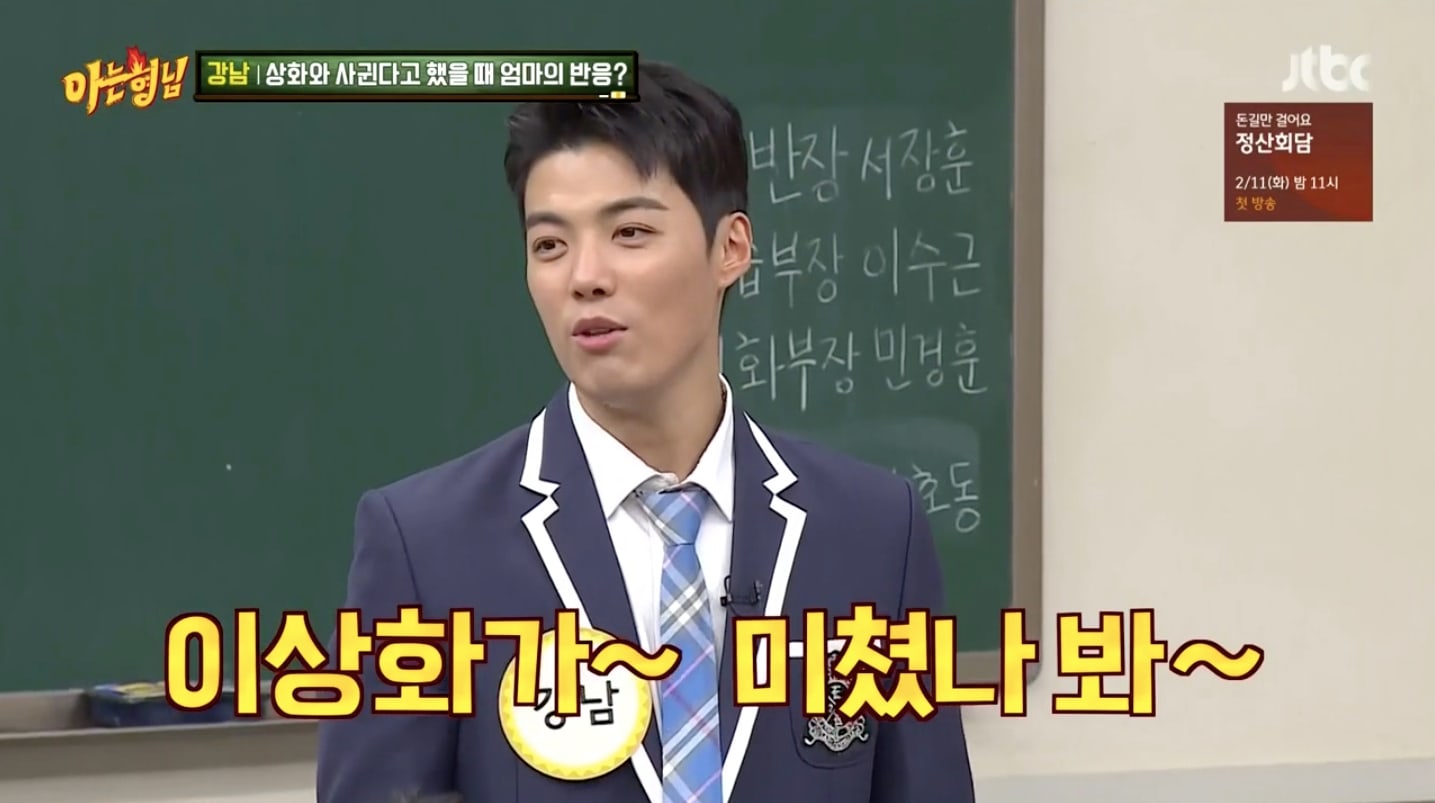 Kangnam went on to reveal, “Of course, she was surprised that I was dating her, but there was something even more surprising. A long time ago, [before we started dating], Sang Hwa appeared on another show with her dog and her mom. My mom saw that and thought, ‘Wow, I wish Kangnam would marry someone like that.'”

Everyone expressed their surprise at the happy coincidence, and Seo Jang Hoon asked, “What did your mother-in-law say [when she heard the news]?”

As it turned out, Lee Sang Hwa’s parents had seen Kangnam on TV as well. At the time, the star was a regular cast member on “Law of the Jungle,” and he had apparently made a great impression on his future parents-in-law through the show.

“Actually, both my mother-in-law and my father-in-law were fans of ‘Law of the Jungle,'” said Kangnam. “So as soon as they saw me, they were so welcoming and happy. They said that they were impressed by how well I treated older people [on the show].” 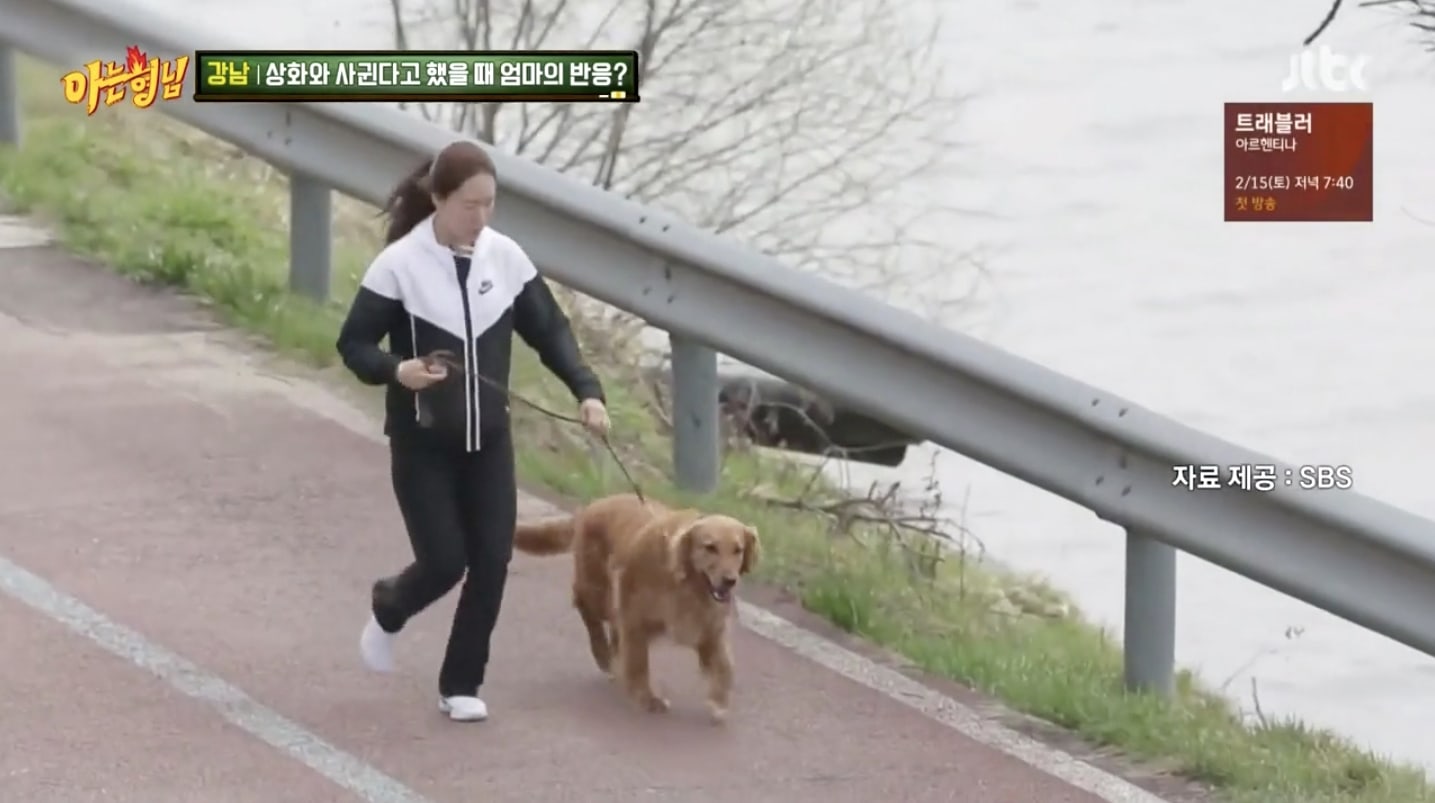 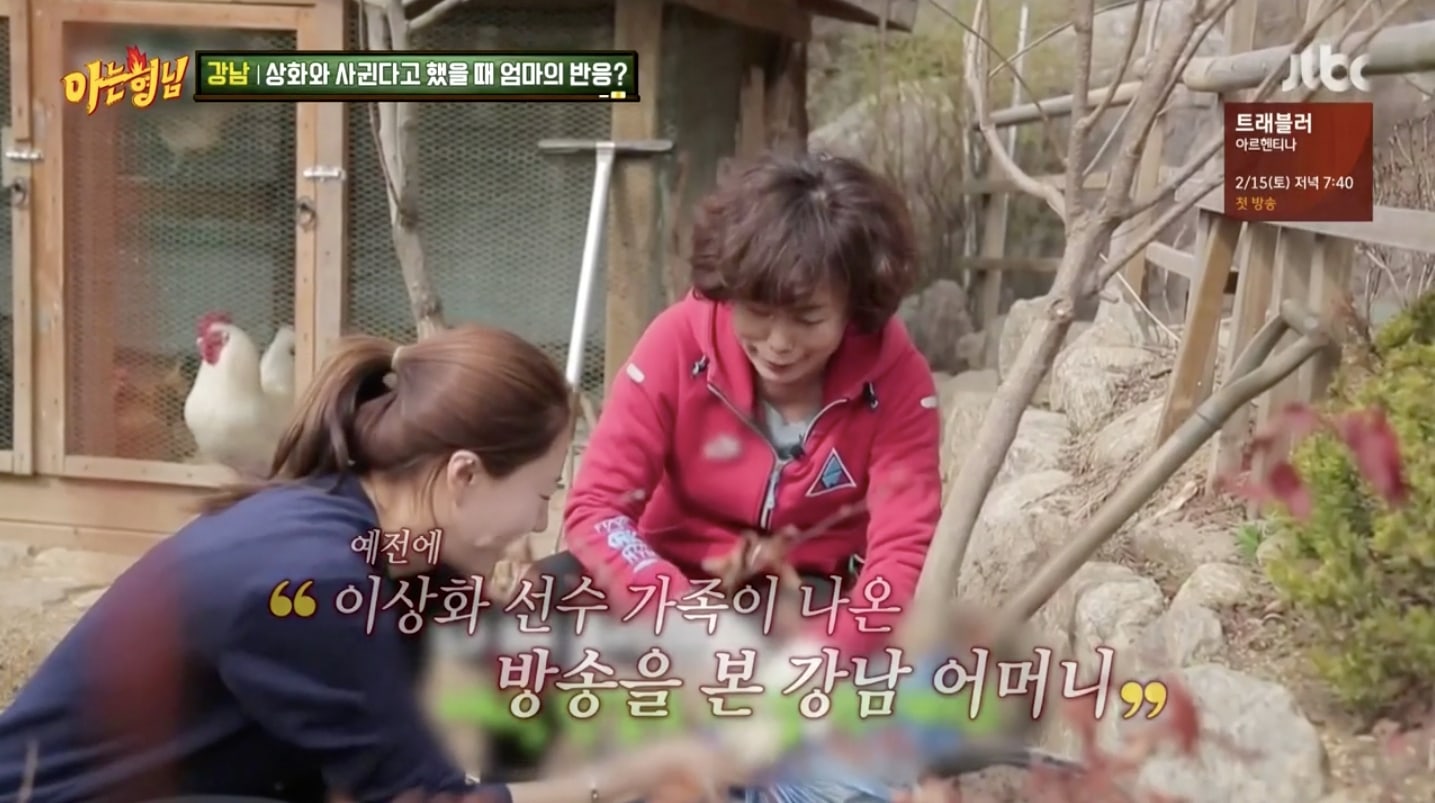 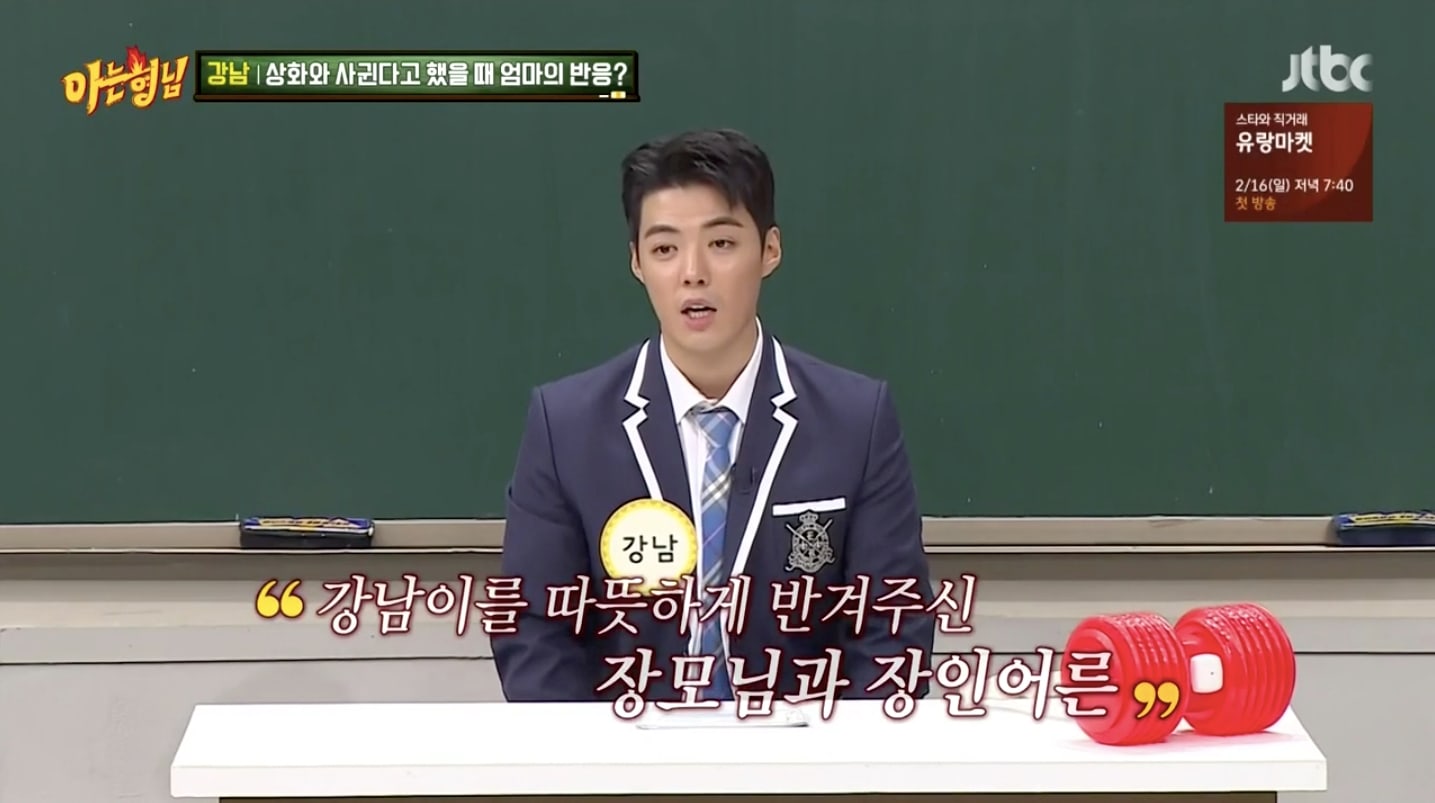 Watch Kangnam and Lee Sang Hwa on “Law of the Jungle in Last Indian Ocean” with English subtitles below!

Law of the Jungle
Ask Us Anything
Kangnam
Lee Sang Hwa
How does this article make you feel?