BTOB’s Minhyuk has shared a welcome update from his time in the military!

On February 8, Minhyuk celebrated the one-year anniversary of his military enlistment with a special post on Instagram. The idol shared a bunch of photos from his promotions before his enlistment in the army, along with a selfie of himself looking dashing in his military uniform.

Minhyuk wrote in the caption, “In commemoration of the one-year anniversary of my enlistment (a day late). Hello, Melody [BTOB’s official fandom].” 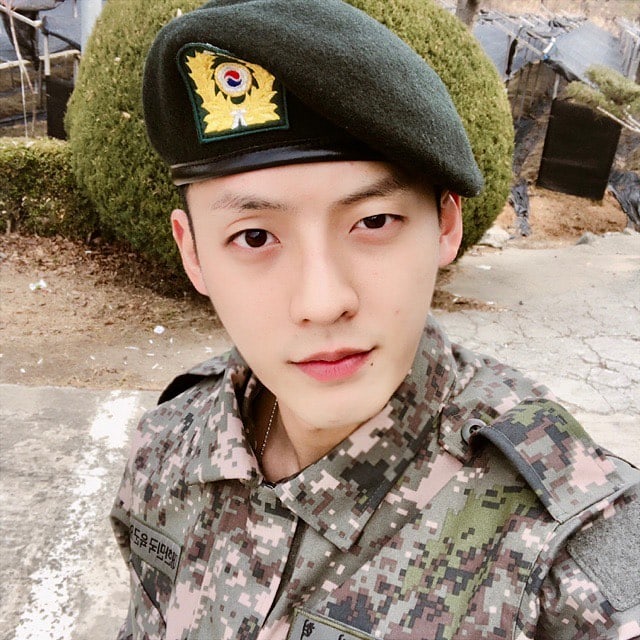 Girl’s Day’s Yura, who previously starred alongside Minhyuk in tvN’s “After the Show Ends” back in 2016, showed her support by leaving a sweet message in the comments. She wrote, “Find strength and keep going just a little bit longer!”

BTOB
Girl's Day
Yura
Minhyuk (BTOB)
How does this article make you feel?