The rankings were determined through an analysis of the consumer participation, media coverage, interaction, and community indexes of various girl groups, using big data collected from January 7 to February 8.

(G)I-DLE rose to the top of this month’s list after seeing a 22.63 percent rise in their brand reputation index since January. The girl group scored a total index of 9,682,200 for February.

Red Velvet took second place in the rankings with a brand reputation index of 8,087,521, while LOONA shot up to third place after enjoying a staggering 447.57 percent increase in their score since last month.

Finally, TWICE and BLACKPINK rounded out the top five for February at fourth and fifth places respectively. 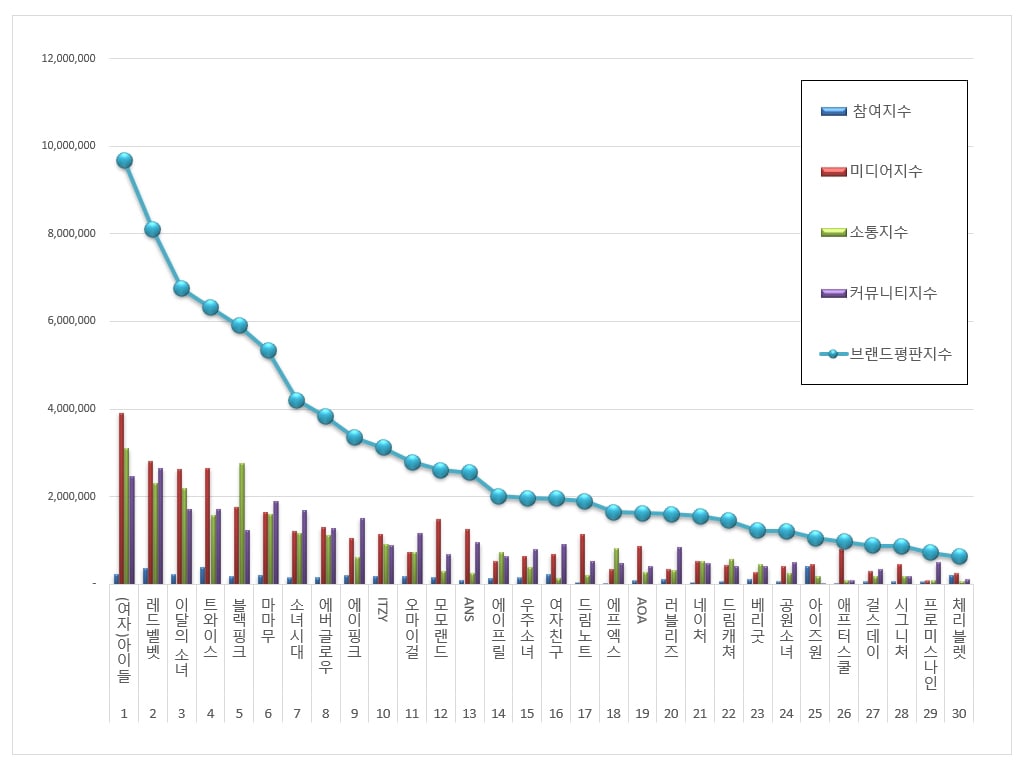