With only one episode left until the end, SBS’s “Stove League” is keeping its viewers at the edge of their seats by showcasing an exciting story with refreshing scenes.

While the tension heightens even more as each episode features a shocking twist, here are three key questions that will be answered in the last episodes of the drama:

In episode 14, Baek Seung Soo managed to win the Im Dong Kyu (Jo Han Sun) trade with a proposal that fully grasped the needs of the Vikings’ leader Kim Jong Moo (Lee Dae Yeon). However, his team was put in a difficult situation as the approval of Kwon Kyung Min (Oh Jung Se) was delayed due to Im Dong Kyu’s high salary. Im Mi Sun (Kim Soo Jin), the head of the marketing team who found out about this, signed an advertising contract that made her a whopping 1 billion won (approximately $837,900) in surplus, which allowed them to get the final approval to recruit Im Dong Kyu.

While the Dreams were preparing for the next season with a fantastic lineup including Kang Doo Ki and Im Dong Kyu, the sudden news of Kang Doo Ki’s trade brought about a crisis again. Furthermore, it was the result of betrayal by Yoon Sung Bok (Lee Eol) who was deeply trusted by Baek Seung Soo. Will the Dreamers be able to come up with a strategy to bring Kang Doo Ki back? 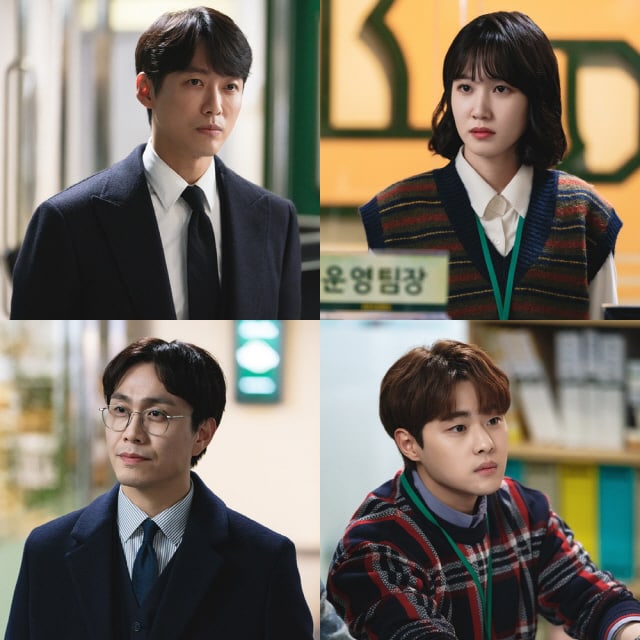 2. Will the Dreams be able to win?

Seeking to recruit Im Dong Kyu, Baek Seung Soo and Lee Se Young persuaded the Vikings’ Kim Jong Moo and the Dreams’ front-runners to strengthen their power for the “autumn baseball” (postseason). In particular, Baek Seung Soo said to Kim Jong Moo, “I think we will play autumn baseball this year. We must.” Now that Baek Seung Soo and the front-runners have a goal of winning, the focus lies on whether the Dreams will be able to turn the tables and go from a losing team to a winning team. As Baek Seung Soo’s teams have always disbanded after winning, attention is also focused on whether the Dreams will eventually disband after winning the championship.

3. Will Kwon Kyung Min and Baek Seung Soo make up?

Kwon Kyung Min has been the biggest stumbling block for the Dreams, and he always ended up at odds with Baek Seung Soo. However, viewers are hopeful that the two men, who fight almost every time, will become “the strongest partners” to save the Dreams during a crisis later on. In episode 13, Kwon Kyung Min expected Kang Doo Ki to be using drugs but was disappointed. Baek Seung Soo told him, “You and I have a similar way of thinking, and people nowadays describe that as having good chemistry. You and I have good chemistry.” This makes viewers wonder if this is foreshadowing their reconciliation and solidarity.

The production crew commented, “We always admire the writer’s vision of looking beyond what we think. The twists will continue in the last episodes. Please give us lots of love and attention until the end.”

“Stove League” airs on Fridays and Saturdays at 10 p.m. KST.