On the February 9 episode of the SBS variety show, each of the members brought something meaningful and something they want to get rid of.

Jun So Min brought a lunchbox as a meaningful gift and a Kim Jong Kook t-shirt as a throwaway item. Yoo Jae Suk pointed out, “It’s obvious she made [the lunchbox] for Yang Se Chan.” Lee Kwang Soo revealed, “This morning, she texted Yang Se Chan, asking him, ‘Is this enough?’.”

Jun So Min countered their teasing by pointing out she could ask him because they were the closest of friends, but Ji Suk Jin asked why she didn’t ask them, and HaHa joked about feeling second-hand embarrassment.

Also, Jun So Min made everyone laugh with her explanation of why she chose the Kim Jong Kook t-shirt as something she wanted to throw away. She admitted that when she wears it, she feels like she’s alone with him and someone is watching her. 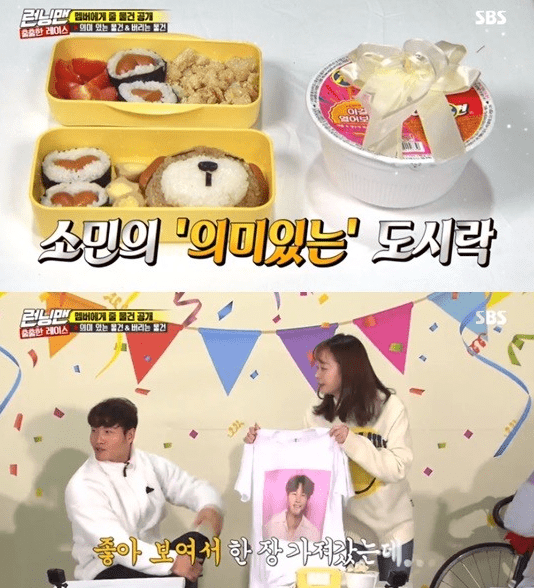