The members of ATEEZ shed tears and thanked fans at their first concert in Korea.

On February 8 and 9, ATEEZ held their “ATEEZ World Tour The Fellowship: Map The Treasure” concerts at the Olympic Hall at Olympic Park in Seoul. This was the group’s first concert in Korea since making their debut in October 2018. 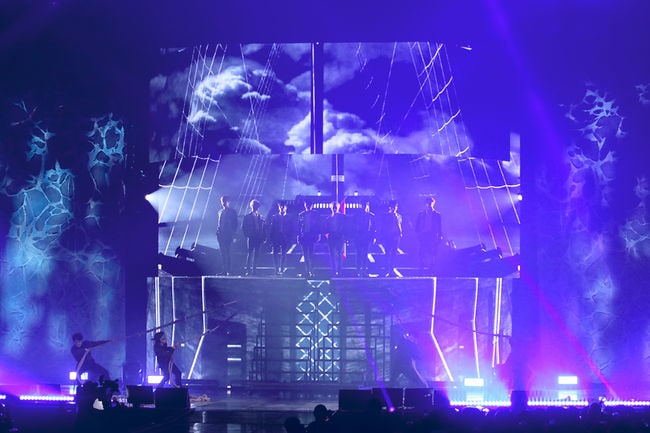 As the concert started, the members expressed their excitement and determination to make it an unforgettable performance. Mingi stated, “We will work so hard that ATINY [ATEEZ’s official fan club name] will feel so glad that you became our fans,” and Hongjoong added, “It’s so meaningful to be able to connect with fans and be so close to you.”

The group wowed with performances of songs like “Twilight,” “Stay,” “Light,” “Desire,” “Illusion,” “Wave,” and more. They also moved around the venue to get closer with fans, performing songs such as “If Without You,” “Aurora,” “Dazzling Light,” and “Wonderland.” 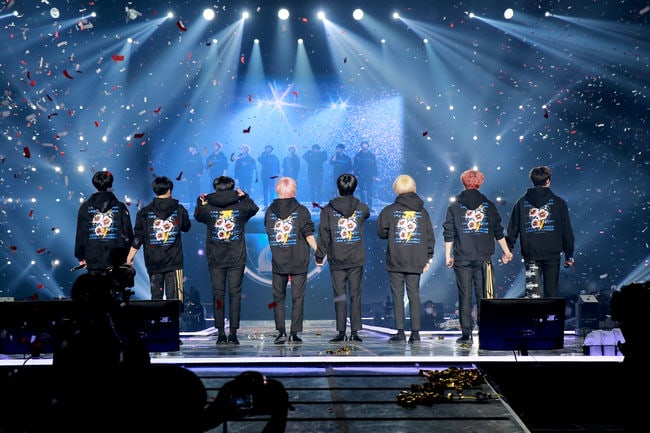 At the end of the concert, the members of ATEEZ shed tears as they expressed the happiness they felt at their concerts. Mingi stated, “There were times when I felt tired and worn out, but this has been the most fulfilling and happy time for me. I don’t think I could have come this far if not for the faith and strength the other members have always given me. I feel like it is you, ATINY, who transformed that faith into certainty, thank you and I love you.”

Wooyoung shared, “Thank you to everyone who came. I hope we created happy and unforgettable memories. It’s bittersweet that our Seoul concert is over, but if you were happy, that makes me glad. We really worked hard, like there was no tomorrow,” and “Thank you for making up for what we lack. I’m grateful that the eight of us are together. Thank you and please keep watching over us. Most of all, thank you for allowing me to join ATEEZ as the 8th member. I will always work hard.”

Hongjoong stated, “We had gone to a senior’s concert in the past and I remember talking about what it would feel like for us when we finally get to hold a concert as well. And that motivated us to work harder. Now that we’re standing on this stage with 24 of our own songs, it’s even more wonderful and I feel happier than I’d ever imagined. I will never forget this moment. Since we started preparing for it last winter, I’ve been counting down the days for this concert. There were times when things got tough and I felt worn out, but I gained strength from thinking about the fans who would come see us.”

Starting with their Seoul concerts, ATEEZ is set to continue their world tour that will take them to areas such as Europe, Japan, and the U.S.