Ravi surprised the cast and crew of “2 Days & 1 Night” with a sweet gift!

During the episode of the KBS 2TV variety show that aired on February 9, Ravi delighted everyone when he personally prepared a coffee truck to drive to Gochang, South Jeolla province, where they were filming.

The truck had a banner that read, “PD (producing director) Ravi says, ‘Today’s destination is caffeine. Drink up,” and photos of Ravi on display. The other cast members were surprised by the sweet gesture from the youngest in the group and Ravi said, “Since it’s the new year, I spent some money for the first and last time.” Kim Seon Ho had everyone laughing as he joked, “You didn’t mix kkanari (sand eel sauce) in there, did you?” 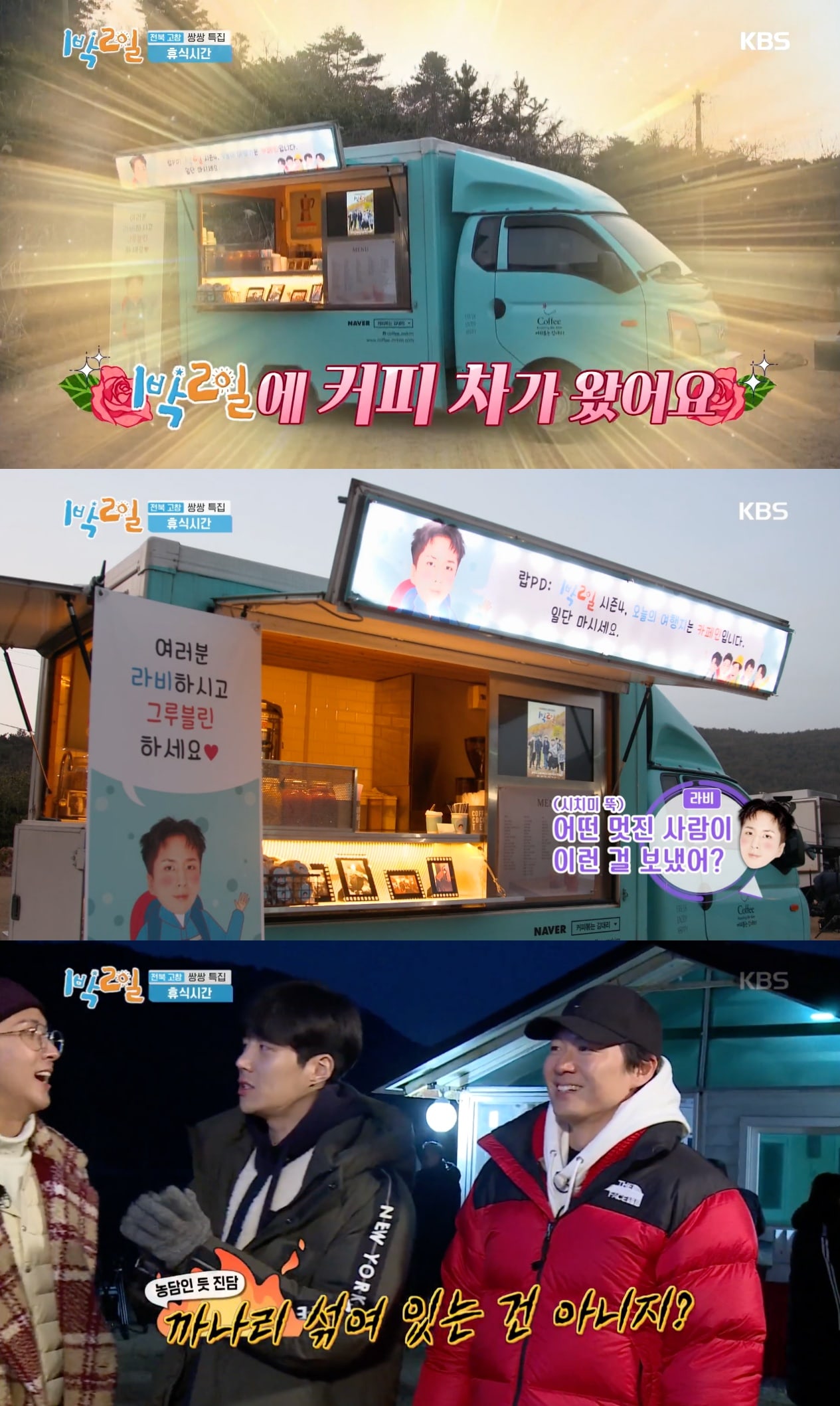 When Ravi expressed uncertainty over whether they’d be able to enjoy the coffee truck as well due to “2 Days & 1 Night” rules, the PD relented and allowed them to enjoy one drink each. They asked the coffee truck owner which drinks would be the most filling and tried to barter for cookies that were on display as well.

After the cast members received their drinks, the staff happily collected their drinks as well and thanked Ravi, creating a heartwarming moment for all. 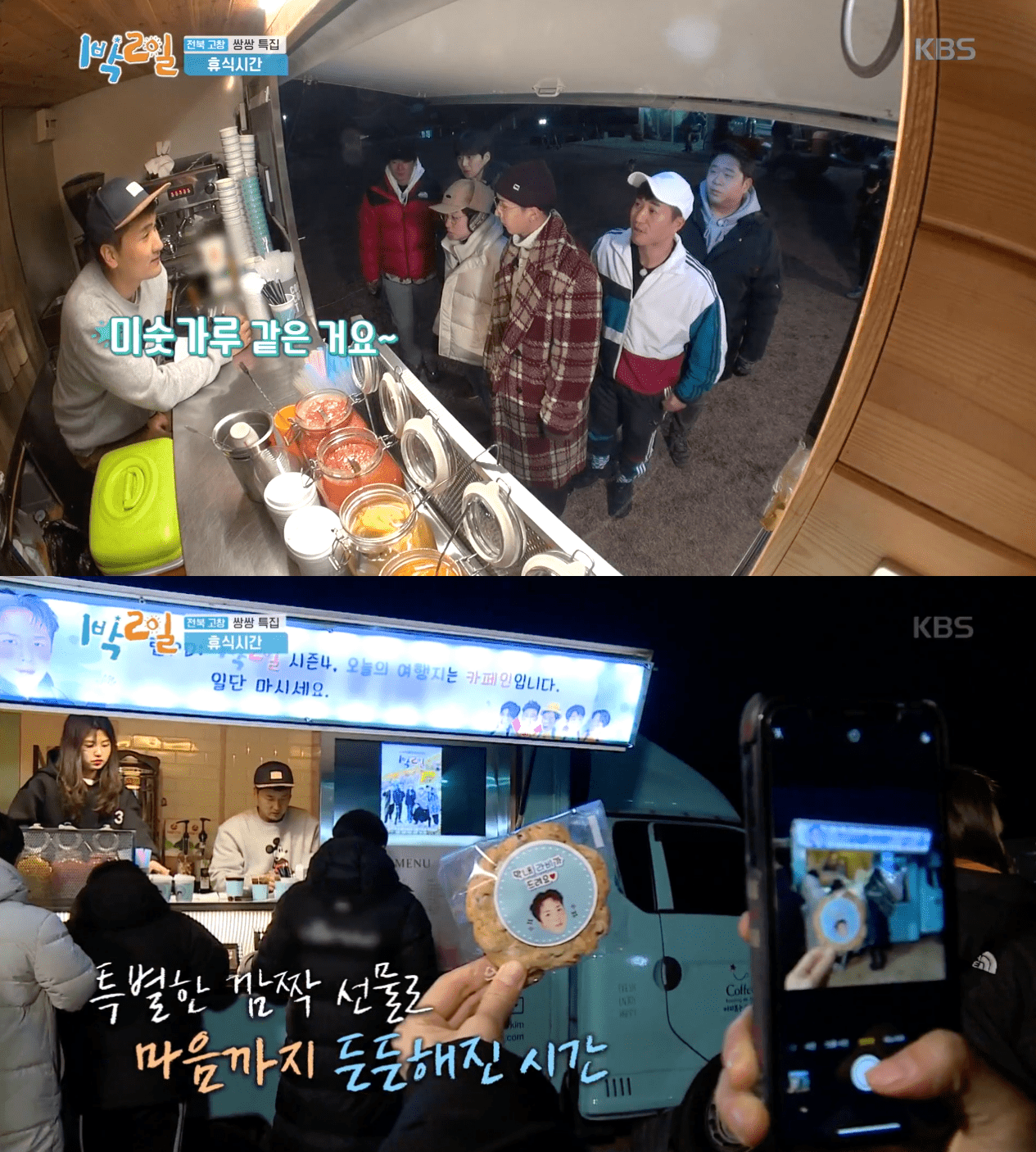