Following the Korean New Year tradition, the two “Running Man” co-stars bowed to Kim Jong Kook before eating ramen. The health-conscious Kim Jong Kook nagged them while watching them eat, leading Yang Se Chan to jokingly ask, “Can you sleep in your room while we’re eating?” 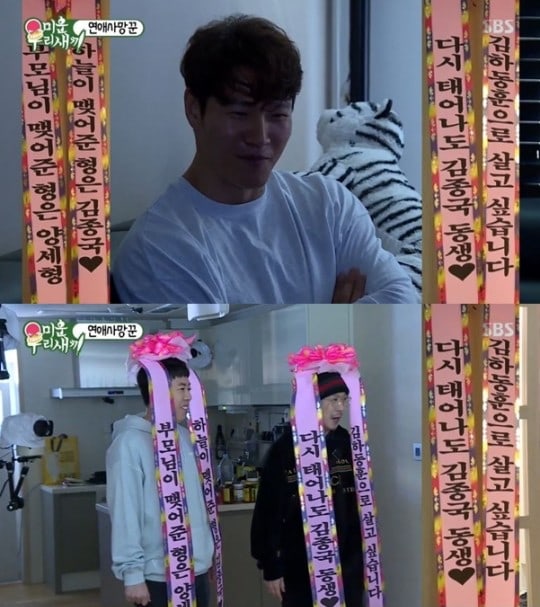 The conversation then moved onto Yang Se Chan’s love line with fellow “Running Man” cast member Jun So Min. HaHa shared, “There was a time I talked with So Min for hours about love. I asked her how she honestly feels about Se Chan, and she said that she’s thought about it before.”

Afterwards, HaHa called Jun So Min on the phone, and Kim Jong Kook told her, “You should go out with Se Chan. I think he has feelings for you. Are you open to dating him?” Laughing, Jun So Min answered, “I’ll think about it. Give me proof that he likes me.” 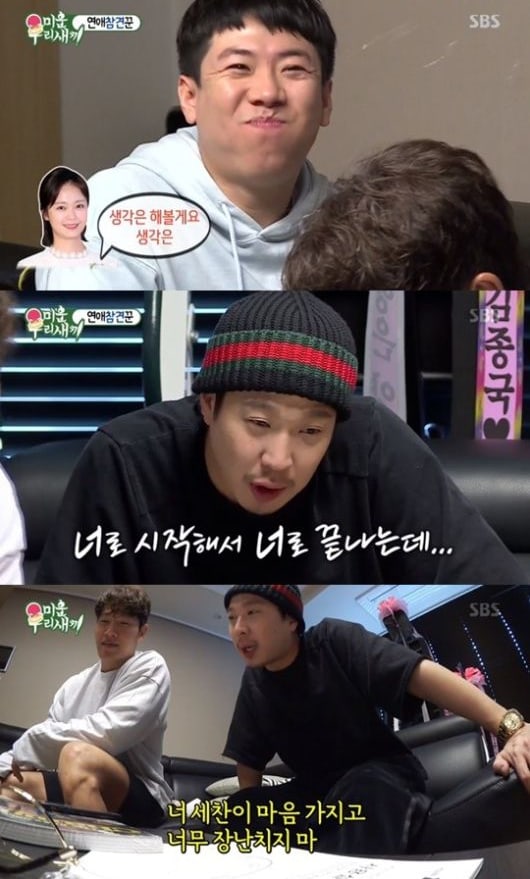 Watch a full episode of “My Ugly Duckling” with English subtitles below!

Check out the latest episode of “Running Man” now!

jun so min
Kim Jong Kook
HaHa
Yang Se Chan
My Ugly Duckling
How does this article make you feel?