A suspenseful thriller set in a dystopian future, “Time to Hunt” stars Lee Je Hoon, Choi Woo Shik, Ahn Jae Hong, and Park Jung Min as four friends who hatch a dangerous plan to escape to a better life. The movie will follow the four friends as they put everything on the line for the chance at a new life—and the breathless hunt that ensues as a mysterious figure begins chasing them.

Helmed by award-winning director Yoon Sung Hyun, “Time to Hunt” will make history at this year’s Berlin International Film Festival (Berlinale) as the first Korean movie to receive a special gala screening at the festival.

The film’s producers have now announced that “Time to Hunt” will premiere on February 26. 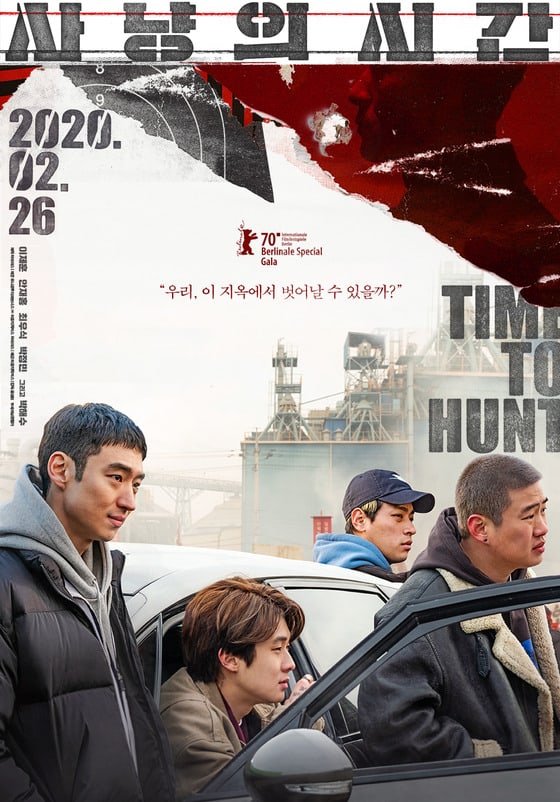 Are you excited for this new movie? Check out a trailer for “Time to Hunt” here!