The Boyz Talks About Their First Studio Album, Wolf Concept, And Younghoon’s Recovery

On February 10, The Boyz held a showcase at the Yes24 Live Hall for their first studio album “Reveal.”

This is the group’s first time releasing a full-length album since their debut two years ago. Last year, the group successfully completed an eight-city tour in Asia as well as a four-city tour in Europe.

Leader Sangyeon said, “We gritted our teeth and practiced hard to show a more mature, cooler, and completely different side of The Boyz, so we’d like it if people showed us a lot of interest and love.”

Sunwoo said, “We were able to release our first studio album within two years of our debut, so we put our heart and soul and a lot of work into it. It was an album that was completed through the help of many people. There are nine tracks on the album, and we’d like it if each one was appreciated and loved.”

Hyunjae added, “We showed a bright and refreshing image up until last August with ‘D.D.D,’ but ‘Reveal’ is a good opportunity to show the real side of ourselves that we had hidden until now. We trust that fans will like it and we are preparing to work hard at promoting.” 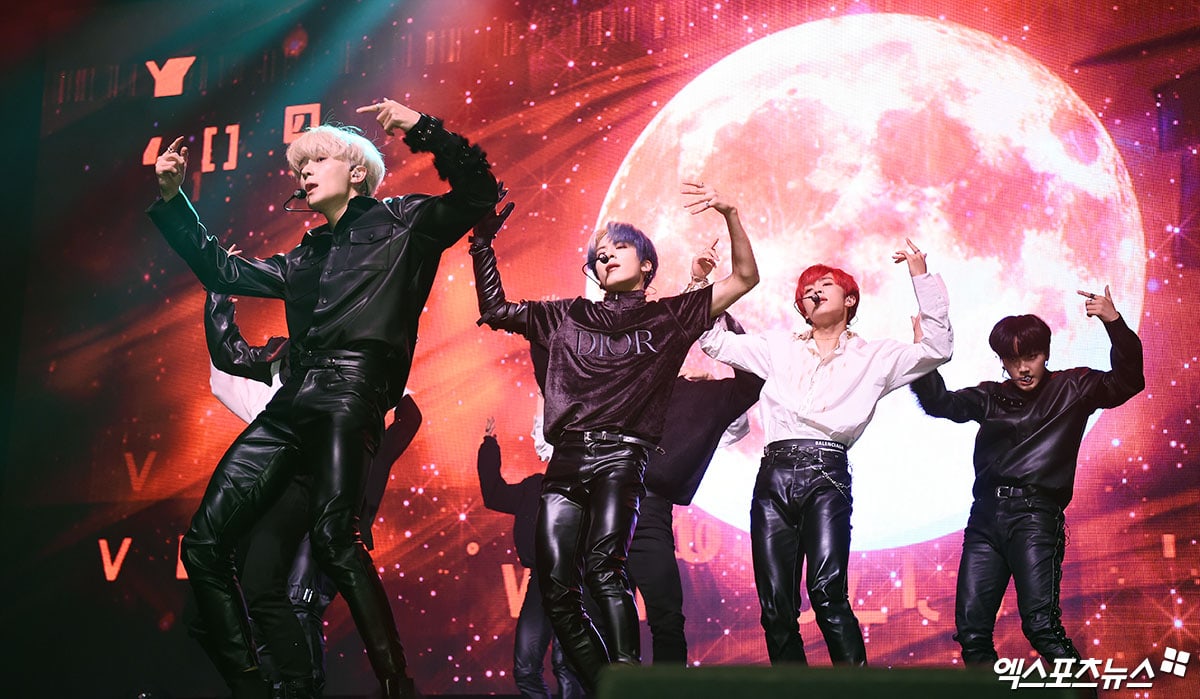 The title track, “Reveal,” has a werewolf concept, which is a motif that has been tackled by other groups like EXO and ONEUS. Q said, “I think that [our concept] has many different points of appeal. There is the powerful charisma of wolf boys, but there is also something lyrical and mystical inside. I think that sets us apart.”

Juyeon added, “We wanted to show a sexy, charismatic, seductive side that we hadn’t shown before. We only focused on the ‘boyish’ aspect before, so we wanted to showcase a cooler image this time around.”

Younghoon was asked about his collarbone injury, which happened in November and forced him to take a brief hiatus from activities. He replied, “I am almost completely recovered. When the members were doing choreography, I was in the middle of recovering and couldn’t participate. So there are parts when I briefly leave the stage, but I am grateful to be able to stand on stage with eleven members.” 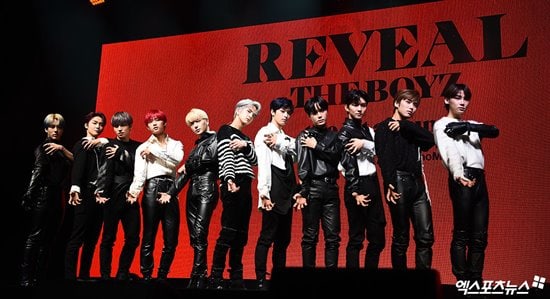 Check out The Boyz’s music video for “Reveal” here!

The Boyz
XPN
How does this article make you feel?