New stills have been released for “Nobody Knows” (literal title)!

This upcoming SBS Monday-Tuesday mystery series is about at-risk youth whose lives might have changed if they had been surrounded by good adults and the adults who try their best to protect them.

Kim Seo Hyung portrays Cha Young Jin, a detective that leads the investigative unit at the Seoul Metropolitan Police Agency. In the stills, she stands in the middle of her office late at night as she writes down the details of a case. She also takes a step back to stare at a map as she ponders further. 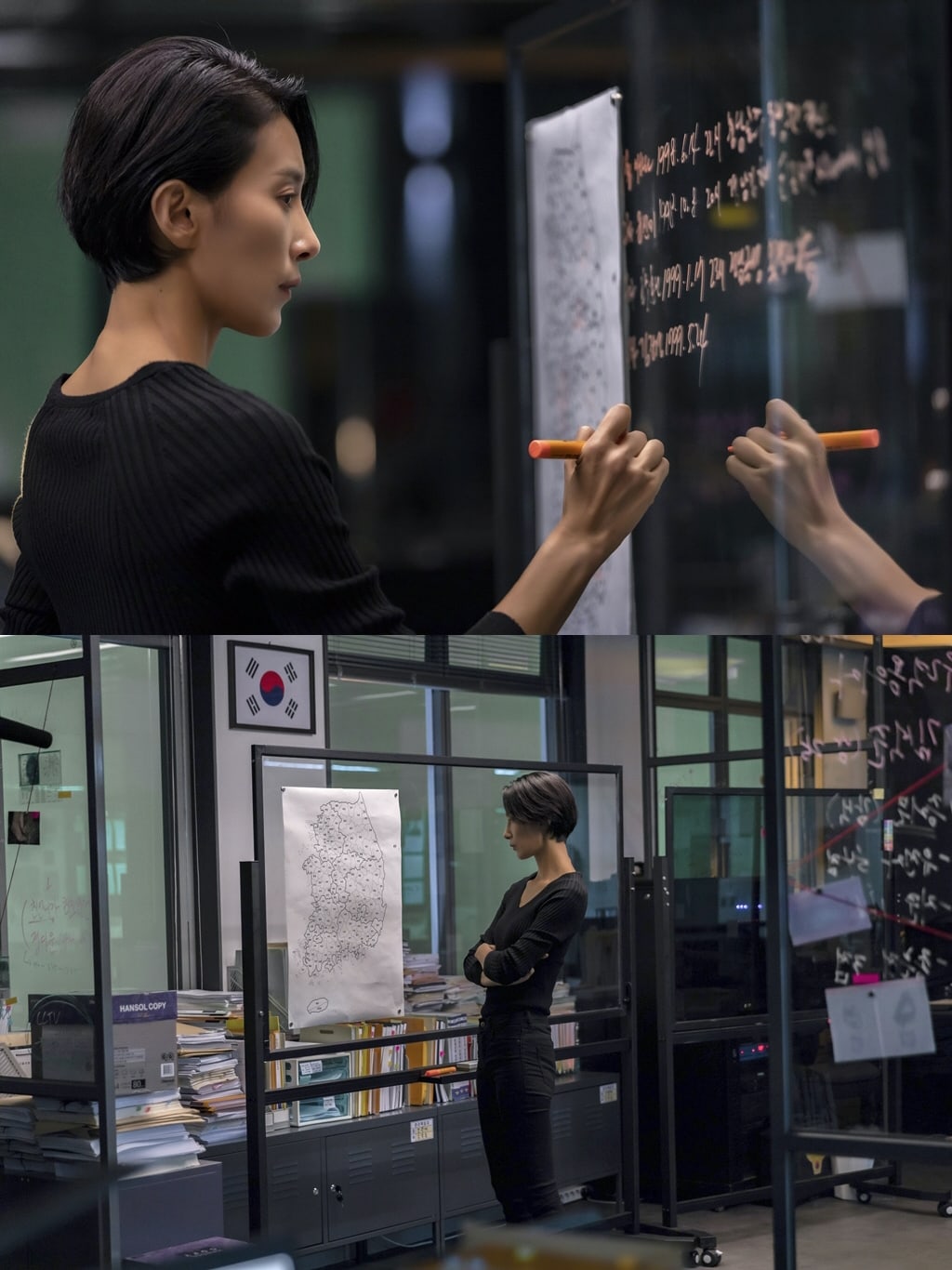 The mystery genre is no easy task for an actor because of the need for a high level of concentration and a constant feeling of tension. As the center point of all of the cases, Kim Seo Hyung needs even more energy as she leads this series. Despite this, it’s been reported that the actress perfectly immersed herself in her character and increased the energy of the drama.

A source from the drama said, “I’m shocked every time I see actress Kim Seo Hyung’s focus and character analysis on set. Kim Seo Hyung is the perfect embodiment of charismatic police officer Cha Young Jin in ‘Nobody Knows’ to the point where you’re not reminded of her previous character [in ‘SKY Castle’] that shocked all of South Korea. Kim Seo Hyung’s transformation that was the result of this kind of concentration will be an important point to watch for in ‘Nobody Knows.’ Please look forward to it.”

“Nobody Knows” premieres on March 2 as the follow-up to “Dr. Romantic 2.”