Park Hae Jin plays Kang San Hyuk, a man who is willing to do anything to achieve his goal of amassing a personal fortune of one trillion won (approximately $850 million) and is interested in nothing else. Jo Bo Ah plays Jung Young Jae, a skilled surgeon who wants to teach a lesson to people who show off.

In the previous broadcast, Kang San Hyuk caused a power outage at their shared house, and Kang San Hyuk and Jung Young Jae bickered while trying to generate energy themselves. While sharing a meal together, Jung Young Jae talked about the time when she first entered medical school and was a poor student who didn’t even have time to eat proper meals. At this story, Kang San Hyuk chided her to eat proper meals now that she is the rising ace of the surgery department.

The newly released stills showcase the moment in which Kang San Hyuk runs over to Jung Young Jae’s room at the sound of her scream. When Kang San Hyuk appears, Jung Young Jae climbs onto his back and attaches herself to him while looking terrified. When she finally becomes embarrassed by her actions, she quickly climbs down from Kang San Hyuk’s back, only to realize that his shoulders are covered in pain relief patches. His hair is also a complete bird’s nest as he had to suddenly run over, making viewers curious to find out what could have caused the unexpected uproar. 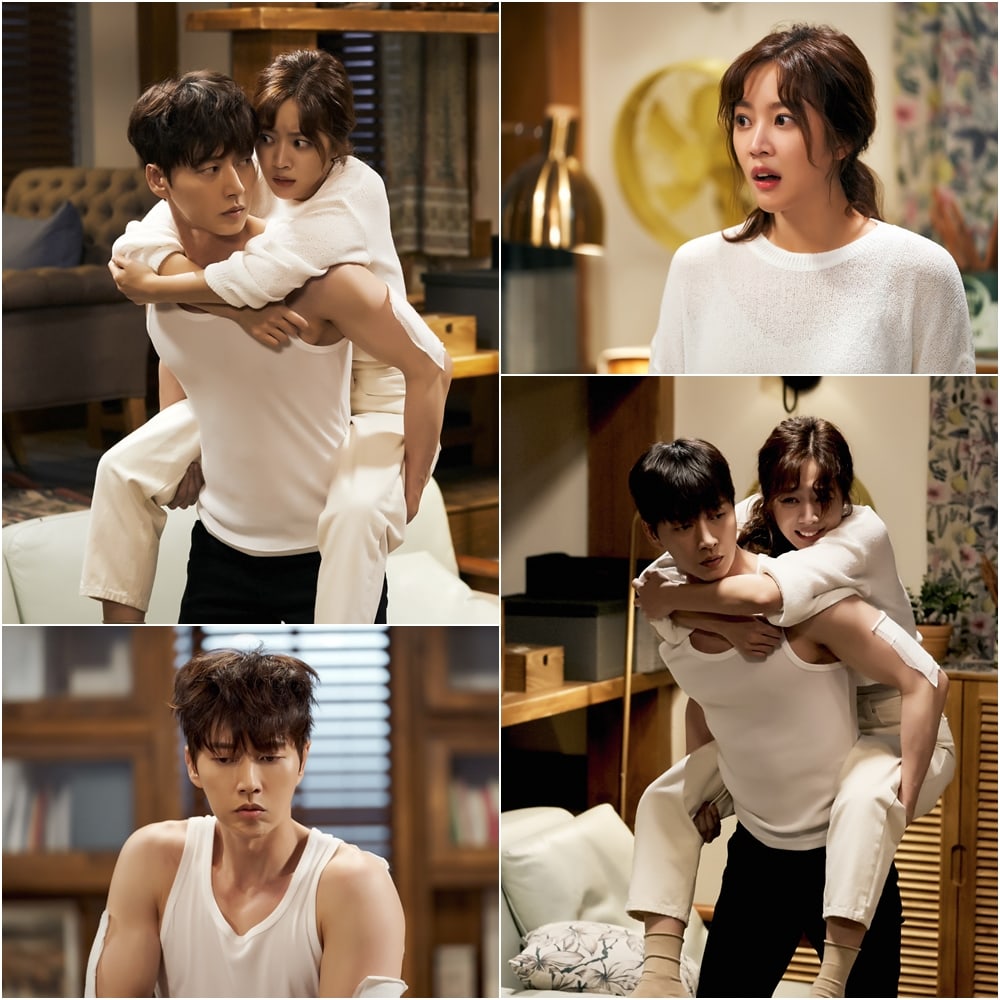 The scene in the stills was filmed at Yeoncheon County in Gyeonggi Province, and the two filmed as if they were shooting an action scene rather than a sweet romantic piggyback ride, rehearsing the movements in detail to make the scene seem realistic. Jo Bo Ah and Park Hae Jin even added in witty adlibs during the actual filming, causing the set to burst into laughter with their hilarious chemistry. The two actors checked on each other after wrapping up the difficult scene.

The production team shared, “Park Hae Jin and Jo Bo Ah continued to spill adlibs during the story’s comedic scene, and they perfected the rich scene with their great acting without being afraid of appearing silly.” The production team also asked viewers to continue to look forward to the couple’s romance.