JTBC’s upcoming Friday-Saturday drama “The World of the Married” has revealed a powerful first teaser!

The drama is about a married couple that falls apart due to betrayal and the ensuing whirlwind of love and hate.

The first poster for the drama, starring Kim Hee Ae, shows the actress lying seductively in a living room in ruin and disarray, with a shattered chandelier and plates, and her wedding photo fallen to the ground.

Kim Hee Ae, in her first return to dramas in four years, plays a family doctor named Ji Sun Woo. Ji Sun Woo leads a seemingly perfect life with a peaceful family, her husband’s unchanging love, and a good son. When a crack starts to form in her happiness, her life begins to change.

The actress said, “I was captivated by the strength of the story, which develops with weight and tension and with a focus on the characters’ psychology.”

A source from the drama said, “Kim Hee Ae is putting on an amazing performance with her detailed, powerful acting and her ability to instantly look deep into a character. Even during the poster shoot, Kim Hee Ae perfectly transformed into Ji Sun Woo and dominated the air with her charisma.”

“The World of the Married” premieres on March 27, following the conclusion of “Itaewon Class.” 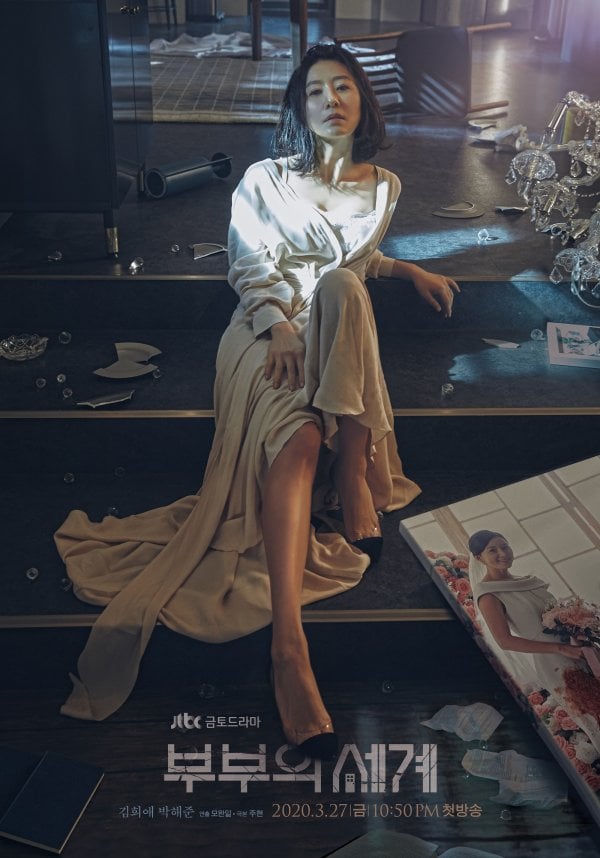 Kim Hee Ae
The World of the Married
How does this article make you feel?