The romance drama revolves around a man with hyperthymesia, a condition that gives people the ability to remember an abnormally vast amount of their life experiences in vivid detail, and a woman who has forgotten the most important moments of her life. The two people with similar scars fatefully cross paths one day and come to love each other.

Kim Dong Wook, who plays the role of Lee Jung Hoon, the character with hyperthymesia, said, “We will our very best to portray the role as true to the characters as possible.” True to his word, Kim Dong Wook impressed from the first scene with his accurate and clear pronunciation, giving the illusion that they were actually filming and not just reading the script. Kim Dong Wook showed off his charisma as the cool and fierce national anchor, and yet was able to share a laugh with Moon Ga Young when she mistakenly missed her cue. 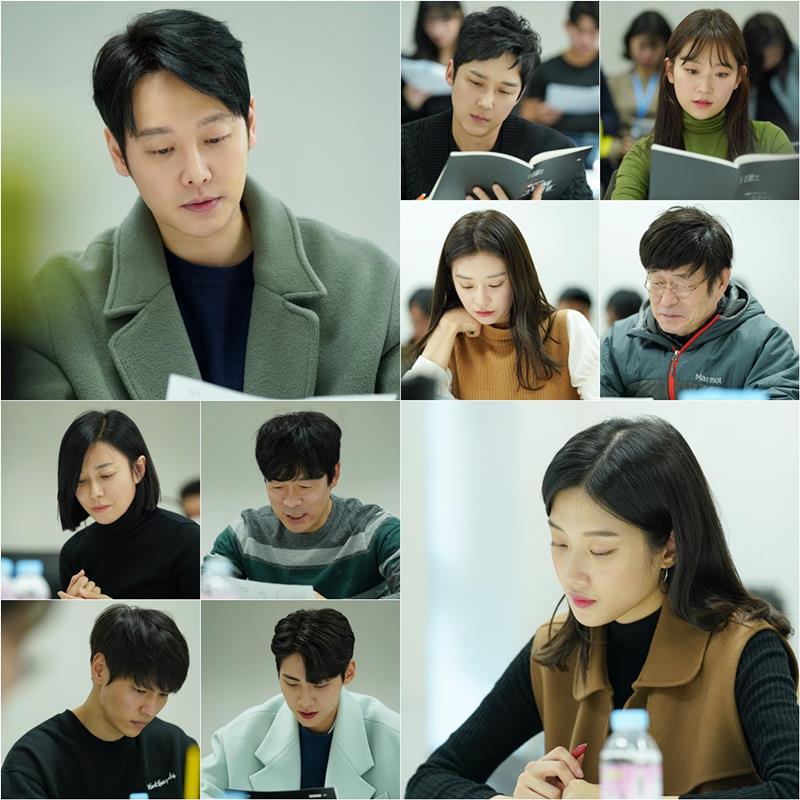 Moon Ga Young, who plays Yeo Ha Jin, an actress without a filter on her and a tendency to stir up trouble, said that, “It’s an honor to work with all of these people. I hope we’re all able to finish this without anyone getting hurt or falling ill during this cold winter.” Moon Ga Young far exceeded expectations by handling emotional scenes with delicate care, transforming from a top star to a wounded person tending to scars from her past.

Of course, the other cast members also took the time to shine during the script reading, as well. Kim Seul Gi, playing the role of Yeo Ha Jin’s manager, showed off her charms, and Lee Seung Jin, Jang Young Nam, and Lee Jin Hyuk all upped the interest as the “News Room Crew,” working alongside Kim Dong Wook.

The production team for “The Way He Remembers” stated, “It was a reading that flew by in the blink of an eye. Kim Dong Wook’s transformation into a news anchor of course was incredible, and Moon Ga Young’s loveable charm was apparent from her reading her first line. We’re really anticipating the romance between these two on set.” They continued, “We’re going to work hard during filming so that viewers will have an enjoyable drama to watch.”

“The Way He Remembers” will premiere on March 18 following the end of “The Game: Towards Zero.”

Watch the latest episode of “The Game: Towards Zero” while you wait!