KARD shared their hopes, plans, and more as they sat down with Star News for an interview about their comeback with “Red Moon”!

The group’s comeback is particularly special because they weren’t able to promote their “Dumb Litty” comeback six months ago in Korea, since they went on an overseas tour immediately after its release.

KARD said, “We felt sorry towards our fans because we went on a tour and so weren’t able to perform the song on music shows. We’re happy to be able to promote this time, and we hope that a lot of people will love the song because we had a good time creating it.”

On their new mini album, the group included unit songs for the first time. Female members Somin and Jiwoo collaborated on the song “ENEMY” and male members BM and J.Seph shared the track “INFERNO.” Jiwoo said, “Separating into units was something new we tried.”

“The song ‘ENEMY’ that Somin and I sang originally came in as a title track,” she explained. “Even when we kept recording it, it seemed to be a better fit as a female song. The guys also only had a couple lines each. So we talked about doing it as a unit song and re-recorded it.”

KARD also shared their thoughts about being active overseas. Somin said, “I think that while we’ve been promoting overseas, we’ve grown a lot overall. When I compare our performances from when we first started touring to our recent tour, all four of us seem more experienced, whether in our expressions, skills, or dancing.”

After having built up an overseas fanbase, the group expressed their hopes to establish a foundation within Korea.

“We think that if we want to receive more attention and love in Korea, we need to do more Korean promotions,” said Jiwoo. “We’ve been receiving a lot of love from overseas and going abroad a lot because we’re invited there, and so in the future we need to promote a bit more in Korea.”

The group really wants to release a full album, however it’s uncertain if they’ll be able to put one out right away because J.Seph, who was born in 1992, has his enlistment coming up.

The interviewer asked when we can look forward to a full album from them. Somin shared, “Maybe around next year?” before remembering J.Seph’s situation and appearing flustered, which made the others laugh. J.Seph laughed with them and said, “I might not be [promoting] with them next year.” He joked, “If you’re going to do it without me, you’re allowed to.” 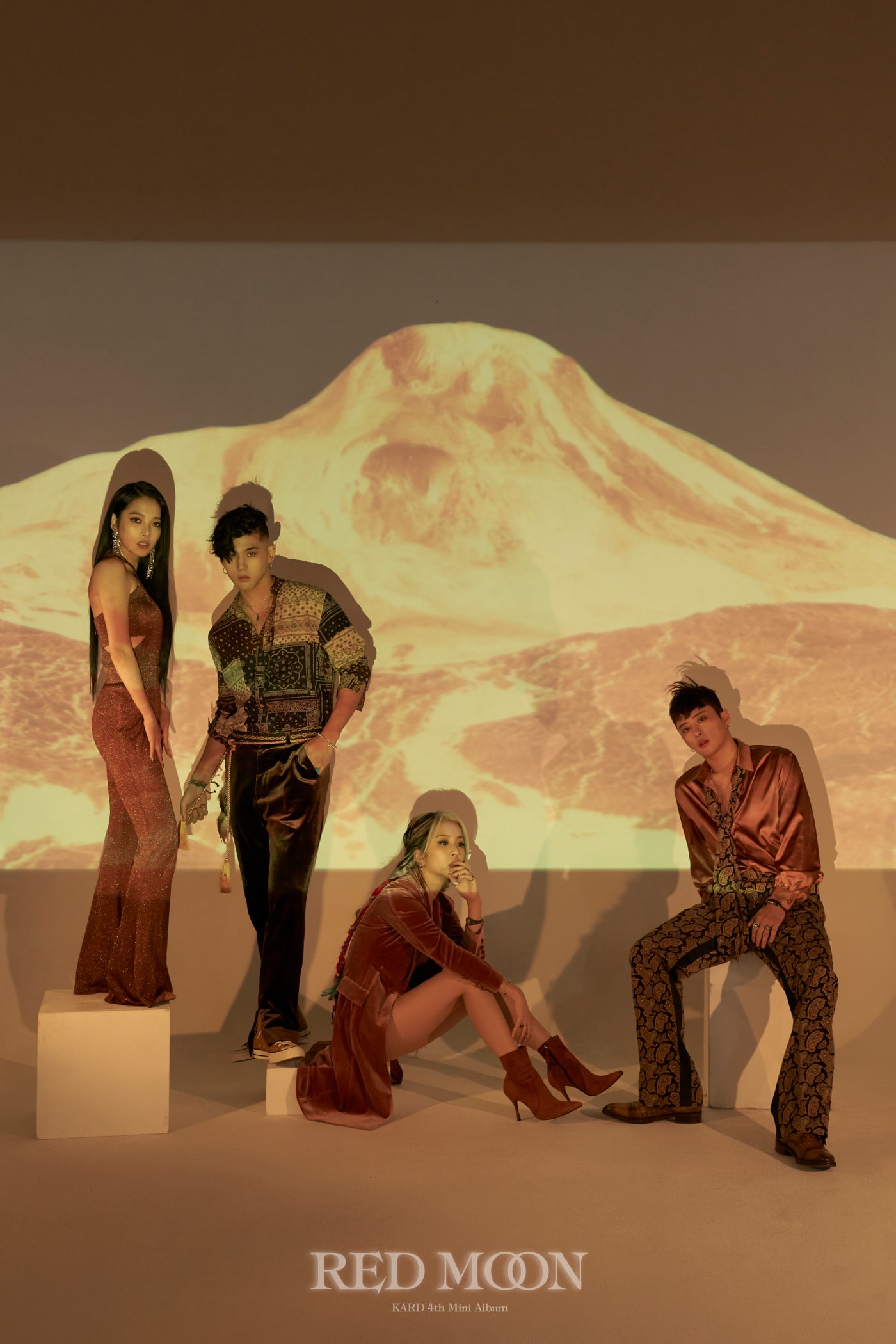 The group described their goal for this year as working hard at promotions and achieving stable results before J.Seph enlists.

Jiwoo said, “Before he goes, I want more people to know about our songs and I want us to appear in front of a lot of people.” J.Seph said, “It’s okay if it’s not first place, so I want us to enter the charts in Korea too.”

When asked to describe the reaction they’d like to get for their new album, they said they want to hear people say they expected such a release from KARD. Somin said, “Whenever we release an album, I want a lot of people to say that KARD is in a league of our own.” She added, “I’d like them to say that KARD has our own unique mature charming quality and unique sexiness and charisma.”

J.Seph said that he’d like them to come in first, but added jokingly that since there are a lot of great senior artists putting out new music at the same time, he’d be okay with coming in third, fifth, or just entering the chart too.

As for a new title they’d like to have as a group, J.Seph said it would be a “singer who came in first place,” while Jiwoo said, “I think now we’re known as something similar to ‘A singer that I want keep secret.’ More so than that, now I want to be ‘A singer that everyone has to know.'”

KARD released their new album “Red Moon” on February 12, and you can check out the MV for their title track here!