Kim Nam Gil and Ha Jung Woo’s new film “Closet” is off to a strong start!

On February 15, the Korean Film Council announced that “Closet” had officially surpassed 1 million moviegoers at the box office. The film was originally released on February 5, meaning that it took just 11 days to reach the milestone.

“Closet” is a horror film about a man whose daughter suddenly disappears without a trace after they move into a new house. As he sets out on a quest to find her, he is approached by a mysterious man who claims to know the secret behind her disappearance.

In commemoration of the movie’s achievement, stars Kim Nam Gil and Ha Jung Woo got together with director Kim Kwang Bin to celebrate the occasion. The trio posed for a photo with a cake bearing the message, “1 million reached! Thank you to everyone who watched ‘Closet’!” 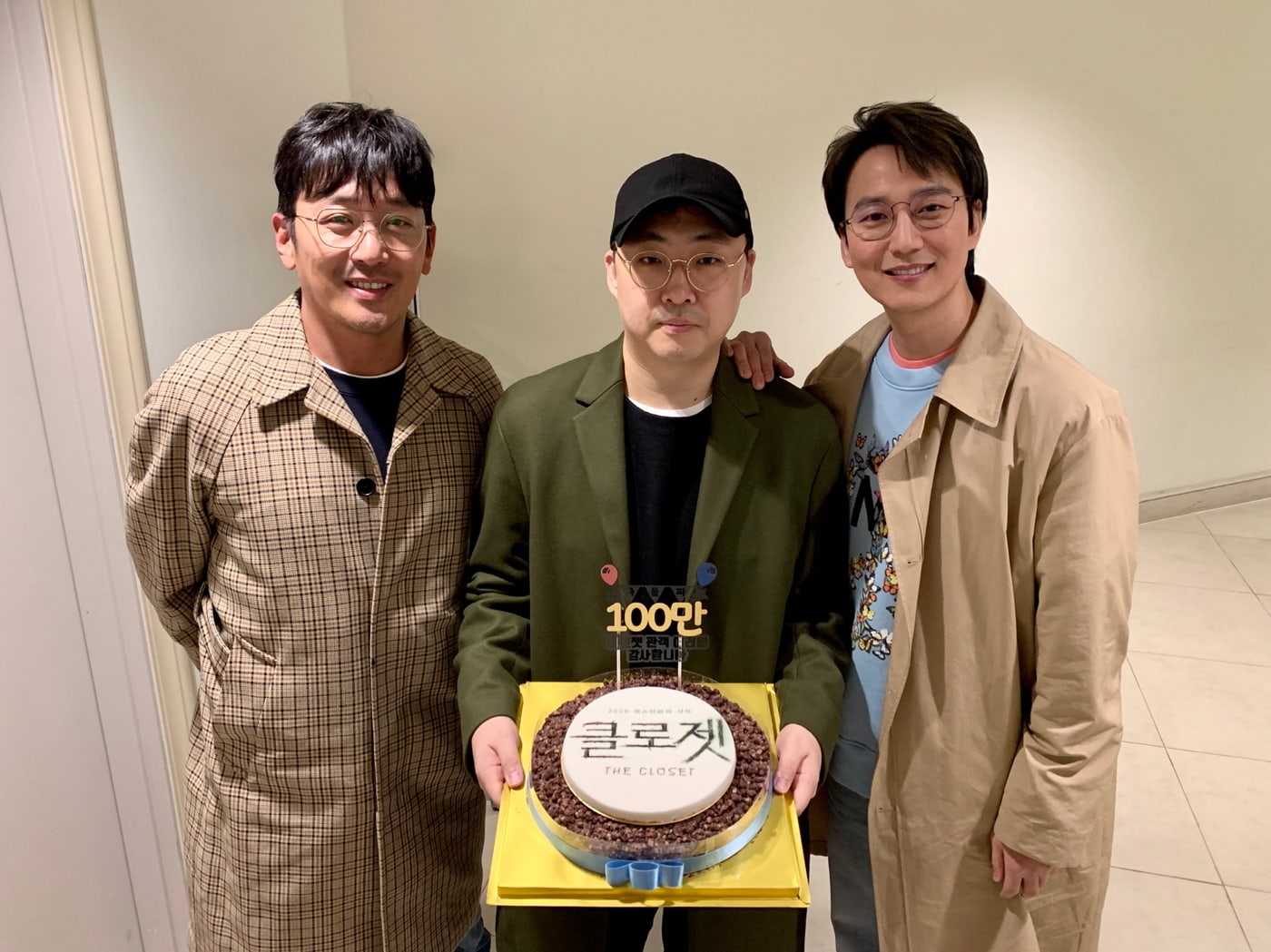 Watch Kim Nam Gil in his latest drama “The Fiery Priest” with English subtitles below: